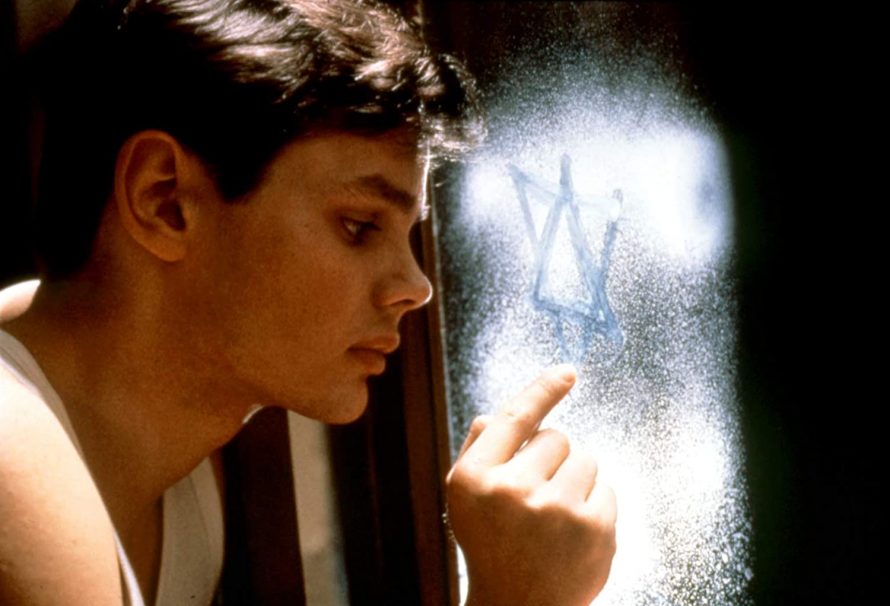 The gloomier the world gets, the more lugubrious the art reflecting it becomes. The world has never witnessed a calamity of the scale of the Holocaust, a disaster purely propelled by hate; eleven million humans never saw the light at end of the tunnel they were physically and figuratively shoved into before boiling down their lives to a number tattooed on their arms and mashing their existence forever. Neither the nine-letter-word nor the thousands of pages documenting the savagery can ever fully capture the abhorrence of perpetrators, the grievance of the victims, and the trauma of the survivors.

Through the lens of cinema, we can contemplate a handful of individual, parallel stories, coerced to intersect at a tragic endpoint along with eleven million others, while bestowing a comprehensive picture of the ruination that was the war when pieced together.

While penning her thoughts in a diary, little did 15-year-old Anne Frank know that it would metamorphose into one of the most significant books of the century, also inspiring an equally important film, The Diary of Anne Frank. Anne sees the ferocious world with her sanguine lenses out of the tiny window of the attic, where her family is one tumult away from being captured. As death wafts through the desolate streets camouflaged as patrol-vans – whose sirens rack their nerves, nudging their near-destitute state time and again – Anne continues to be the white silhouette suffused with buoyancy amid petrifying times. The radio remains a bridge to the dangerous outside, often bringing despair, seldom spreading hope, but Anne remains the allegory of optimism, questioning the prevailing hate through her writings before the same hate ultimately reduces her palpable personality to another number. Even in a pitiable state, she writes “Think of all the beauty still left around you and be happy,” encapsulating her beautiful soul, which stands as a testament of hope for generations to follow.

After her diary came to a screeching halt, Anne was sent to Auschwitz concentration camp in a train, which remains a common symbol of dread in holocaust films. The train marks the genesis of terror. Toy Land, encircling a train, captures the child’s innocence pertaining to the extermination of Jews. The short film’s blueprint is akin to a sequence in Schindler’s List, in which Oscar tries to rescue Itzhak, his manager who is forced to board the train. However, Toy Land is devoid of the dread and banks on the naivety of a young German kid, Heinrich, who believes his best-friend, David, a Jew, is being sent to a toy land and joins David’s family on their train voyage so they can remain friends forever, unaware that they are being deported to a death camp. Here, the train plays the role that fence plays in The Boy in Striped Pajamas – also a story about the friendship between a German kid and a Jewish boy in a camp – the divider separating kindness to none’s benefit. Although Heinrich’s mother arrives in time to save him, the film is a tragedy as we discern the fate that awaits David after the departure of the train fuelled by hate.

The same hate that Solomon in Europa Europa, a Jewish teenager, wrestles to discern. Masquerading as a pure-bred German to survive, Solomon wonders why the Germans who have exhibited kindness to him cannot do the same for others. In the Nazi school where Solomon studies, a professor describes the physical appearance of Jews, ‘ape-like’, instilling a sense of supremacy among German students in the process; a perfect-postured Solomon sits bewildered, wondering if the foreskin of male genitals is all that decides the fate of millions. Along similar lines, Jojo in Jojo Rabbit, a committed member of Hitler youth, grapples with the gap between what he has been taught and the conflicting reality. Initially scared after discovering a Jewish girl, Elsa, hiding in his attic, he gradually discerns that ‘they’ are humans after all. Towards the end, Jojo shares his secret wisdom with his friend, Yorki, who says he personally felt Jews were normal and not scary like they told. Had the perpetrators asked the same questions as Solomon, Anne, and held a fraction of innocence as Henrich, Jojo, and Yorki, the history might  not have been as macabre as it is. The world of children is bigger and kinder, while adults are perturbed only about survival, having witnessed the unapologetic world in all its brutality.

Chronicling Władysław Szpilman’s struggles to stay alive through the Holocaust, The Pianist paints an unapologetic picture of a war-torn Poland through an artist’s viewpoint. Art, a facet that possesses potency to transcend countless human contrarieties, was disparaged; so were artists, writers, painters, musicians, and linguists. (In Schindler’s List, Itzhak labels a writer named Moses as a metal worker, ensuring Moses gets to work and stays alive.) The first time we see Władysław, he is reciting Nocturne, only to be curtly interrupted by a bombing. His art, thereby, comes to a screeching halt, and little does he know that he’ll have to master the art of survival for years to come. At a point, Władysław’s father, Samuel, a violinist, suggests using his violin to hide valuables, indicating the dire state of something as internal and poignant as music when pitted against an external, physical menace. Three years later, Samuel’s violin is grabbed away before being rammed into the train, while Władysław, sundered from his family, meanders as a derelict on deserted streets that were pervaded by humans until moments ago.

Attributed to the kindness of many, Władysław outlives his family in tremendous grief that’s subdued by fear. Endurance shapes his survival, while luck bolsters equally; he persists through whipping and hunger, jaundice and  bombing. August 1st, 1944 –  also the day Anne’s diary discontinued – is when tables turned around for him. After the Warsaw uprising, his hideout is found by a German officer,  Captain Wilm Hosenfeld, who is kind enough not just to spare Władysław, but provide food from time to time. Europa Europa’s Solomon would describe him as ‘other kind of German,’ alluding to his fellow army man who discovered Solomon’s Jewish ethnicity, but refrained from revealing it: the kind German, or human. When Hosenfeld asks Władysław to play the piano to test his integrity, his art saves him. Art, indeed, kept him alive.

Playing for Time chronicles the life of Fania Fénelon – also a musician – during her time as part of the women’s orchestra in Auschwitz Concentration Camp. For Fenelon, the orchestra is a lifeline to stay alive. Playing music to prisoners as they walk towards death chambers, music armors Fania whilst drawing loathe from other prisoners, who despise her lack of rectitude. Like Szipliman, Fania places survival above everything, even dignity, and it pays off. On a wrenching note, Anne Frank was in Auschwitz around the time the band operated.

Among other prisoners in Auschwitz was Saul from Son of Saul, a Jewish–Hungarian assigned to drag dead bodies out of gas chambers. After witnessing the death of a teenager, Saul commits to giving the boy a conventional funeral ritual, wandering with the dead body that serves as a metaphor for perished humanity. The train horns and screams continually remind of the depravity as the camera closely follows Saul at his eyeline for a day, placing the viewers in the shoes of prisoners in the camp, a cynical atmosphere where death is the only circumstance of comfort. The only time Saul smiles is when he realizes he’s being freed. –  from life.

On the other hand, Sophie in Sophie’s Choice survives Auschwitz physically, while a part of her dies at the camp. Having lost her father and husband due to their antisemitic views, lover to the Nazis, and children to the eponymous choice, Sophie fabricates her entire personality, past, and present. Suffused with the guilt of outliving her children, Sophie willingly stifles in an abusive relationship as a punishment, before the old and new wounds cumulatively impel her to make one final choice: to end her life. At the end, Sophie succumbs to the trauma, suggesting that one can never completely survive the Holocaust. Likewise, Sol Nazerman in  The Pawnbroker lives as an apathetic man throughout his post-survival life, after losing  his entire family. It takes two decades and another immense tragedy to instigate an emotion in Nazerman, who despises humans as scum after a few destroy his lively self beyond recuperation. Nazerman’s life testifies that lack of empathy further fuels apathy, while empathy can deliquesce hate.

Millions of Annes were killed, and millions turned into insouciant Nazermans owing to the hate. The fact that Holocaust was an absolute man-made disaster paints humans in an unthinkable layer of disrelish, but Anne Frank also said, “In spite of everything, I still believe people are really good at heart”. Empathy, it seems, makes all the difference.

The Other Side of Sirk