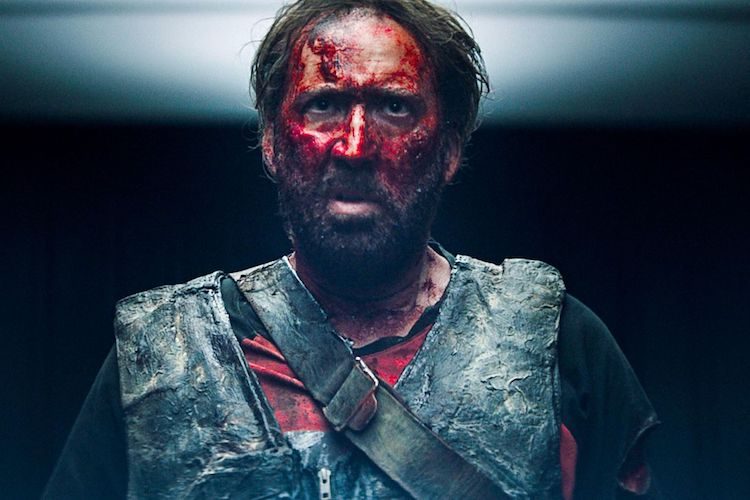 Mandy stars Nicolas Cage, with Andrea Riseborough as his wife, the two of them living a lumberjack’s life in the Pacific Northwest in 1983. Intercut with scenes of their idyllic existence, reading fantasy novels and talking about which planets are their favorites, are scenes of a cult leader (Linus Roache) and his dimwit followers occupying the same woods. The inciting incident occurs at the halfway point, making it a spoiler to tell you what the movie is about, but suffice it to say that Cage becomes hell-bent on revenge and that Riseborough is only in the first half.

The filmmaker is Panos Cosmatos, whose Beyond the Black Rainbow is a good litmus test for Mandy and its trippy LSD heavy-metal aesthetic, ponderous synthesizers, and unnatural colors. The first half is too somnolent for my tastes, but when it does eventually kick into high gear, Cage delivers the loudness and craziness his fans have come to expect. Indeed, you don’t even have to sign Nicolas Cage to star in a movie like Mandy. Just start filming and he’ll show up, summoned by the vibrations in the air. It’s about a man and woman who run afoul of cultists, and it ends with a chainsaw fight, and also there is a tiger for no reason. Nicolas Cage couldn’t not star in this if he wanted to, which he does not.

P.P.S.: I’m going to need a comprehensive list of Nicolas Cage movies in which someone is set on fire.