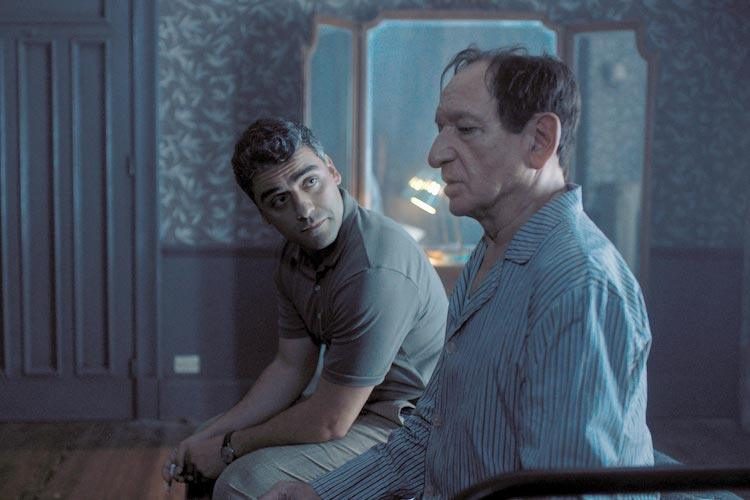 As we’ve seen, the end of Adolf Hitler didn’t mean the end of the Nazis. Those suckers are hardy! Operation Finale recounts how one of the Naziest of the Nazis, Adolf Eichmann, was found hiding in Buenos Aires in 1960 and captured by Israeli Mossad operatives, all under the nose of the Argentine government, which wasn’t as cooperative with Nazi-hunting efforts as one would hope.

These are weighty matters, and when the film addresses the Holocaust itself, in flashbacks and memories, it is duly somber. But the rest of the time it’s a good old-fashioned Hollywood espionage caper, directed with rousing populist fervor by Chris Weitz (About a Boy, The Golden Compass), with Oscar Isaac as extraction team leader Peter Malkin and Ben Kingsley as Eichmann. The end-of-August release date was appropriate for a movie that’s not serious enough to be part of the fall “prestige” programming but not popcorny enough to be a summer blockbuster.

Eichmann is living under a false name in Buenos Aires when his son, Klaus (Joe Alwyn), starts dating a girl, Sylvia (Haley Lu Richardson), who is half-Jewish and alarmed when Klaus takes her to a clandestine Nazi meeting. (I am mildly curious about the romantic-comedy version of that story.) Word travels to Mossad headquarters in Tel Aviv, where plans are made to confirm whether it really is Eichmann, and if it is, to bring him to justice without violating Argentina’s sovereignty. When not violating Argentina’s sovereignty turns out not to be an option, the Mossad bosses (Lior Raz and Nick Kroll — yes, the comedian) do the next best thing and violate it secretly. Technically, what they plan to do to Eichmann isn’t arrest him but kidnap him.

Peter Malkin recruits a doctor for the mission, a former agent named Hanna Elian (Melanie Laurent) whose expertise will be needed to medically sedate Eichmann without killing him. Not everyone on the team is as conscientious about taking Eichmann alive, but Peter and Hanna (and their bosses) don’t want an assassination. They want a public trial. Israeli prime minister David Ben-Gurion (Simon Russell Beale) gives them a stirring speech on the symbolic importance of holding someone accountable for the Nazi atrocities — and the so-called “architect of the Holocaust” would be a good place to start.

We get the fun elements of the mission: surveillance, disguises, safe houses, banter among operatives, sexual tension between Peter and Hanna. Once they have Eichmann, they have to keep him under wraps for a while, so agents take turns sitting with him and trying not to be influenced by his devil-tongued sophistry. It was Eichmann to whom the phrase “the banality of evil” was first applied, and Kingsley’s performance shows how a monster can present himself as an ordinary, reasonable man. Oscar Isaac’s leading-man charm and the rest of the cast’s solid work make Operation Finale a respectfully entertaining Nazi-hunting adventure.

2 hrs., 2 min.; rated PG-13 for disturbing thematic content and related violent images, and for some language