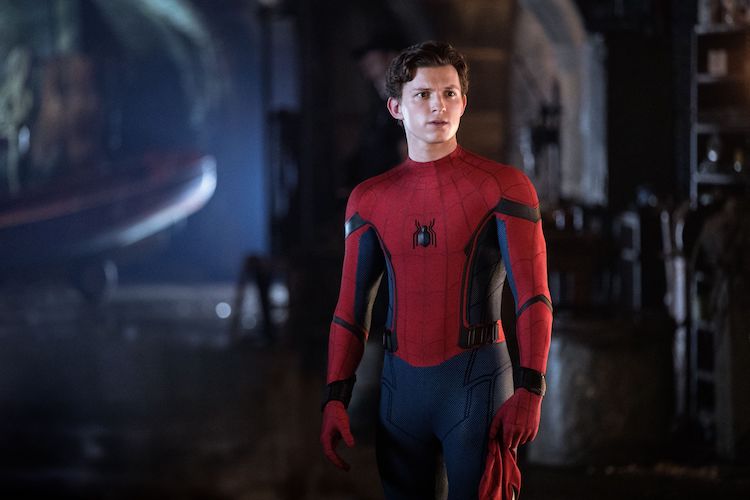 As a big fat blockbuster superhero movie opening July Fourth weekend, Spider-Man: Far from Home doesn’t quite work. But perhaps that’s because director Jon Watts — along with screenwriters Chris McKenna and Erik Sommers — have done such an excellent job plotting a cute, low-stakes teen summer romance, Italian style (Gidget Goes to Rome for the 21st century, if you will), that it’s comparatively hard to care as much about the special effects–laden showdowns between heroes and villains. They’re not poorly done, but they do feel a bit like unwelcome interruptions, which is hardly what you’re going for when you plunk down a cool $160 million to make a movie.

English actor Tom Holland, who starting slinging webs back in 2017’s Spider-Man: Homecoming, makes a welcome return as Peter Parker, the awkward but endearing Queens high school student who moonlights as your friendly neighborhood Spider-Man. Picking up right where Avengers: Endgame left off just a few months ago, the film positions Parker as a colossal overachiever (he does spend a lot of time saving New York from destruction, and the whole world is counting on him to take up the work of his Homecoming mentor, the late great Tony Stark) who really, really deserves a long vacation. He’s looking forward to a chaperoned school trip to Europe, especially since it’ll mean getting to spend more time with Mary Jane (Zendaya), the sweet little weirdo with a deadpan sense of humor he’s got a major crush on. His goofy best friend, Ned (Jacob Batalon), one of the only people who knows his secret, is also along for the trip.

Of course, this being a Marvel movie, Peter’s plan to get a little R&R are quickly waylaid. From the moment the students and their chaperones (J.B. Smoove and Martin Starr, both exhibiting excellent comedic timing) arrive in Venice, they spend less time sight-seeing and more time running from a giant water monster that’s churning up waves along the canals. Luckily a mysterious guy named Quentin Beck — not-so-creatively dubbed Mysterio by the Italian press — comes along to help Spider-Man save the iconic city from certain destruction. Beck comes across as a bit bland and squeaky-clean as he also attempts to help Peter figure out whether or not he’s ready for the great responsibility he’s been handed. But given that he’s played by Jake Gyllenhaal (who eventually gets to let loose and have a ball, very much in Okja mode), it’s not surprising that there’s more to Beck than meets the eye…

As it turns out, Peter’s class trip itinerary has been hijacked by Nick Fury (Samuel L. Jackson), who is tired of Peter dodging his calls and needs his assistance tackling a new group of villains called the Elementals. Water and earth have already been vanquished, but it’s inevitable that wind and fire will pop up to cause more havoc as the group moves on to its stops in Prague and London. The changes in scenery are welcome ones for Peter Parker and his friends, and they’re equally welcome for viewers: After spending so much time in NYC for these films, it’s pretty refreshing to watch our heroes (Mysterio and Peter, who has been dubbed “The Night Monkey” thanks to a new black costume meant to shield his identity) make some seriously creative saves in some of the world’s most historic cities with some help from E.D.I.T.H.

The film is clever in its eventual reveal of the villain behind the Elementals, bringing a little Dick Cheney–and-Halliburton kinda commentary into the storyline. Conspiracy theorists will certainly eat up this whole plotline, which culminates quite beautifully on London’s Tower Bridge. The visuals here are undoubtedly cool, but as I said earlier, none of this would matter much without the emotional depth the filmmakers have afforded the teens at the center of the film. (Just look at what happened with Dark Phoenix—enough said.) The joyful, lighthearted tone elevates the proceedings far above most of the dull, mostly humorless summer blockbusters we’ve been assaulted with so far this summer, and should keep this franchise flying high for the foreseeable future.