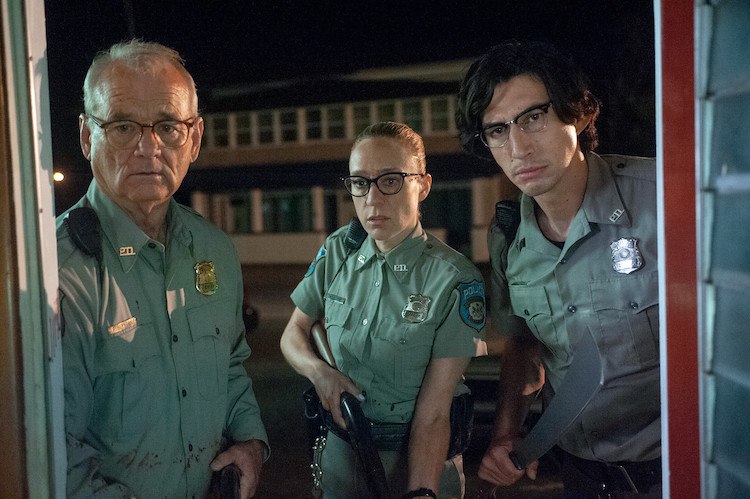 Jim Jarmusch’s films are frequently populated by richly drawn characters who move through the world at a pace that could generously be described as languid (so languid, in fact, that they often take some time to enter his shots). And until now, that’s never been a problem — in fact, it’s been part of his oeuvre’s arty appeal. He made watching vampire Tilda Swinton lie around reading and listening to records in her lush Tangier apartment for all of eternity a massively enjoyable experience in 2013’s Only Lovers Left Alive. Unlike in real life, where I prefer my Lyft rides to be nice and silent, I didn’t at all mind being stuck in several taxis with chatty drivers and passengers for most of Night on Earth. And who would ever try to rush Coffee and Cigarettes with RZA and GZA?

But the way The Dead Don’t Die — Jarmusch’s mostly aimless, bloodless stab at making a zombie film — lumbers along almost feels like an incredibly self-aware provocation. The wisp of a project feels like it must have come together via a stray remark made while enjoying a cup of dark roast (decaf, apparently) and a pack of American Spirits with one of the many famous friends he’s enlisted to fill out his cast, which reads like a who’s-who of New York independent filmmaking. (I won’t rattle off every single name you’ll encounter along the way, but keep your eyes peeled for pretty much everyone who’s ever appeared in a Jim Jarmusch film, aside from Dead Man’s Johnny Depp, thankfully.) Deadpan? the filmmaker seems to be asking his critics and his acolytes alike. I’ll show you deadpan.

The setup is this: One night it simply fails to get dark at the usual time in Centerville, USA, population 738. And as the citizens flip on the ol’ boob tube, they’re hipped to the fact that it’s due to the fact that polar fracking has somehow suddenly altered Earth’s rotation. Police officer Ronnie Peterson (Adam Driver, who worked with Jarmusch just a few years ago on the far superior Paterson) notices his cellphone has suddenly stopped working, and TV anchor Posie Juarez (Rosie Perez) reports that animals have started acting strangely. Not that they’re the only ones: There’s clearly something weird about the town’s new undertaker, Zelda Winston (Swinton). And there’s also the fact that once the sun finally sinks, corpses begin to reanimate, beginning with a pair of hipster zombies (Iggy Pop and Sara Driver), who appear in the local diner clamoring for flesh and … black coffee.

That’s one of the more interesting (but least-developed) elements of The Dead Don’t Die — the fact that the film’s zombies are individually ravenous for whatever made them feel, well, alive when they were alive. For some, that’s coffee; for others, it’s Skittles or Chardonnay or cellphones or cable TV. Much like the rest of the film, this little jab at consumer culture is sort of fun but lacks real bite or purpose. Other Jarmuschian touches that infest the proceedings and attempt to elevate them include Bill Murray’s sardonic police chief, Cliff Robertson, who handles the news of a zombie outbreak with about the same reaction one might react to hearing that there’s a mild flu going around the office. Chloe Sevigny’s character, officer Mindy Morrison, might be the only character to get more than mildly flustered at the prospect of being eaten alive.

That the film is so content to spin its wheels (metaphorically and literally, toward the end of its run time) would be less of a problem, were things to finally come together in a more coherent way. One of the problems of assembling such a massive talented cast means it’s probably hard to get many actors together on set for long, so there’s a bit of an episodic, disjointed feel between the little groups Jarmusch has banding together for survival. The “throw it at the wall and see what sticks” approach on display here feels very outside the generally quite purposeful director’s usual methodology — and when something does work (a line, a mannerism, a sight gag involving a very interesting car choice for a very tall man), it gets repeated ad nauseum, testing the audience’s patience and causing the generally amusing and promising concept (Jim Jarmusch makes a zombie film!) to wear thin long before most of us probably expected.