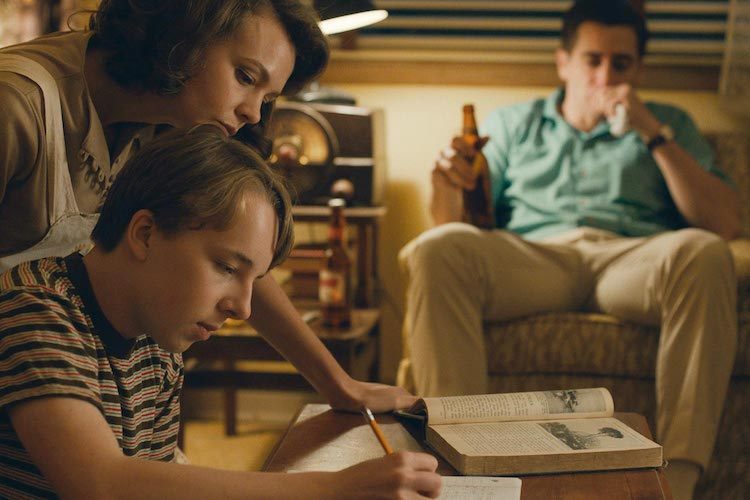 Based on a 1990 novel by Richard Ford, Wildlife has a literary feel to it and comes across as a well-acted, well-produced drama for adults. Its protagonist is a kid, though: 14-year-old Joe Brinson (Ed Oxenbould), an only child who’s witnessing the unraveling of his family in Montana in 1960.

Joe’s directionless father, Jerry (Jake Gyllenhaal), has moved the family a few times in search of his purpose, and after losing his current job in Great Falls joins a firefighting team battling a blaze in the nearby mountains, leaving his wife, Jeanette (Carey Mulligan), behind with Joe. That’s fine, except that Jeanette has been getting restless herself, gradually losing respect for Jerry as he drifts from one thing to the next. She’s become the quintessential bored housewife. “I feel like I need to wake up,” she says, “but I don’t know what from. Or what to.”

The answer, as you might expect, is an affair. She takes up with a successful local businessman, Warren Miller (Bill Camp), who’s a bit older and not particularly handsome (HE’S NO JAKE GYLLENHAAL) but has money. While Joe goes about his teenage life in the background — making friends at school, taking an afternoon job at a photo studio — in the foreground he sees everything going on around him, a silent observer of his parents’ separate and collective failings.

It’s a sad and poignant story, but the film isn’t miserable. Paul Dano, making his directorial debut and co-writing the screenplay with partner Zoe Kazan, guides it with quiet tenderness. The emotions are sometimes raw, but there are no hysterics, no melodrama, and the performances are measured and honest. The symbolism (the encroaching fire, the effort to preserve happy memories at a photo studio), while unmissable, is handled subtly, conveying a mood without spelling it out. Though both parents make parenting mistakes, the film doesn’t point fingers. That’s the kicker: Joe’s family is falling apart and there’s no specific reason for it. You feel for him, you feel for Jeanette, you feel for Jerry. It is a movie of feelings, a mature and sensitive first outing for Dano as director.