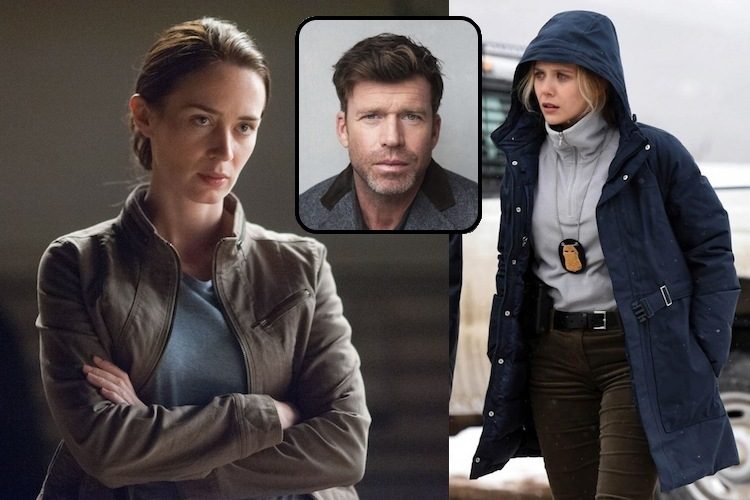 If you search the depths of Film Twitter, you’ll discover something about me: I hate everything written by Taylor Sheridan. His films — Hell or High Water, Wind River, Sicario, and Sicario: Day of the Soldado — hearken back to classic cinema, particularly the Western, so it’s disappointing but not surprising that, like most Westerns of the studio era, women are little more than sex objects or nagging shrews meant to cement the goals of the male lead.

Hell or High Water is Sheridan’s aesthetic at its most manageable and mainstream. It’s also the film that completely removes a feminine presence by focusing on male leads specifically. The story of two brothers (Chris Pine and Ben Foster) engaging in bank heists to save their family homestead couldn’t be more of a modern-day Western if John Wayne strode into frame. Toby and Tanner Howards are salt-of-the-earth people who could have struck it rich with oil money if the crooked bank hadn’t fleeced them. (Sheridan’s distaste of bureaucracy is another staple of his work.) The audience empathizes with Tanner and Toby. The dusty small towns are bought out by corporate bigwigs. The flashy casinos filled with prostitutes contrast with the grubby home where Toby’s son and ex-wife live.

When two waitress characters show up, they’re Sheridan’s ideal women: flamboyant, colorful, and insignificant. Jenny Ann (Katy Mixon) refuses to turn over the money she received from Toby because it’s going to her children. Then she’s never seen again — she exists only to bolster the goodness of Toby’s mission. The other waitress (Margaret Bowman), who asks “What don’t you want?” at the steakhouse, provides comic relief by commenting on feminine stereotypes. Sheridan can only be positive by removing ladies from his world entirely.

In three of his four screenwriting efforts women are presented as inept and unable to handle jobs in a man’s world. Elizabeth Olsen’s Jane Banner in Wind River is a prime example. An FBI agent pulled from Las Vegas on a technicality and dropped into the cold landscape of Wyoming to solve a murder, Jane is undermined at every turn while reminding the audience she’s not good enough to be there in the first place. She shuts down mansplaining from a coroner at the beginning of the film, but this seems like Sheridan asking for a cookie because he understands the term. This confidence is undermined the rest of the movie, which Sheridan directed as well as wrote. Jane is objectified — the audiences gets a shot of her thong and backside — while reminding everyone how pointless she is: She can’t dress for inclement weather, doesn’t know anything about the town she’s in, and is only able to shoot someone by accident due to her face being maced. When the film hits its climax Jane is almost immediately shot and nearly dies due to her inability to aim and fire. She is saved by (and thus owes her life to) the true hero of the movie, Jeremy Renner’s Lambert.

The same critique applies to Kate Macer (Emily Blunt), the female lead of Sheridan’s screenwriting debut, Sicario. Kate stumbles onto a massive drug den by accident and is given an opportunity to work on an off-the-books mission with federal operative Matt Graver (Josh Brolin) and mercenary Alejandro (Benicio Del Toro). Kate spends lengthy stretches of the narrative literally silent, as if the script doesn’t have words worth putting in her mouth. When she gets an opportunity to speak it’s to ask questions that are routinely cast aside as unnecessary or pointless by her male colleagues — the price of having a woman on staff. When she refuses to listen to Matt, she is punished and almost killed by a man she picks up in a bar. Matt’s reaction is to remind Kate that he told her to obey his orders.

The threat of violence, usually associated with sex, acts as a warning to Sheridan’s women, reminding them to stay in their spheres. Kate’s attack in Sicario isn’t an explicit rape, but the violence following a sexual encounter so closely, combined with the positioning and framing of the couple, makes the comparison clear. Women, listen to men and don’t engage in casual sex, the film says. Kate’s inability to be useful in her job means she’s forced to be grateful to Alejandro for following her, breaking into her house, and saving her. Kate actually feels bad for deciding to have sex.

Rape is also a central theme in Wind River, to the point that an ending paragraph cites it as the reason for the movie’s existence. Kate is a conduit to introduce Alejandro in Sicario, turning the feature (and its subsequent sequel) into a movie about Alejandro’s grief and vengeance. Wind River does something similar with the murder of indigenous teenager Natalie (Kelsey Asbille). The teen’s death is the catalyst for the film, but like most of Sheridan’s women she spends the majority of the runtime voiceless and off-camera until a third-act flashback where she’s introduced as a rebellious teen sleeping with a much older man. The flashback has the same message as Sicario: sex is bad, ladies. Sheridan’s camera focuses on Natalie’s face as she is raped, the violation clear. But Sheridan wants to raise Natalie as a hero because she ran barefoot for several miles in the snow. It doesn’t matter that she still died because she had such a strong will to live — another moment meant to get Sheridan a pat on the head. It’s worth pointing out that Natalie’s role as the sexy “foreign” girl is mimicked in the 16-year-old drug kingpin’s daughter in Sicario: Day of the Soldado.

Like many a false feminist ally, Sheridan’s films imply a “woke” sensibility. He includes women and minorities in his features, but only to exploit them or mistreat them. The audience is seemingly told they should be happy these characters exist at all, or aren’t played by white men. The old Westerns are still revered, but audiences understand they’re products of their time. Sheridan doesn’t subscribe to this belief. His films are fantasies for straight white men living in Middle America, reminding them of the “bygone” era where white men saved the day and women were beautiful, silent, and sexually compliant.