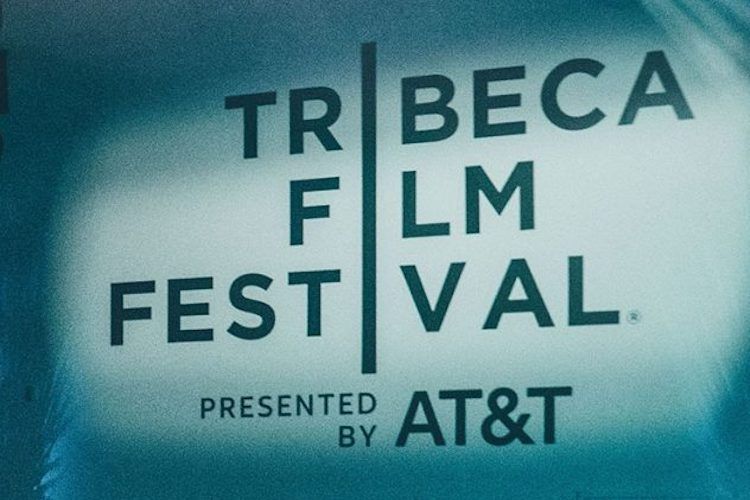 As is increasingly the case in modern cinema, groups underrepresented onscreen are having their stories told more frequently and more honestly than before. Women in particular were very well represented both in front of and behind the camera at this year’s Tribeca Film Festival. As a result, there were a number of films that dealt with women’s narratives in an openly frank way, not using them for genre tropes or exploitation or obligatory reasons, but instead showcasing leading female characters who express a desire to control their own narratives onscreen — and follow through by doing just that.

In Dreamland, producer-star Margot Robbie’s Allison Wells seeks to control her narrative in a very literal sense. It’s Dustbowl-era Texas, and Allison is a bank robber whose criminal exploits have been largely exaggerated (and, most crucially, not contextualized) by the gaggle of lawmen who make her out to be a monster when they suspect her of hiding in a small town. A boy just entering manhood, Eugene (Finn Cole), finds her holed up in his family’s unused barn, and the allure of her femininity as well as her outlaw legend convinces him to keep her hidden. Director Miles Joris-Peyrafitte and writer Nicolaas Zwart explore the idea of peeling back people’s legends and reputations, as well as the dreams they have for themselves and each other, to reveal the multi-layered truths underneath. Cole and Robbie have enormous chemistry, and Robbie in particular is mesmerizing as she both textually and metatextually takes control of the persona she wishes to express. Dreamland is a film in the tradition of romantic “criminal lovers on the run” movies, one where the pulp legend about such people is pushed aside for all too human reality.

Stray Dolls also features a female criminal at its center — two, in fact, both of whom others attempt to define and control at first. Riz (Geetanjali Thapa) is a new immigrant from India, completely alone, hoping to make enough money to bring the rest of her family over. Yet the proprietor of the crappy motel she manages to get a job at makes a point of secretly shredding her passport, ensuring that Riz won’t be able to take control of her life that easily. Dallas (Olivia DeJonge) is the resident “bad girl” employee of the motel, told she’s nothing more than a promiscuous fool by her scuzzy boyfriend. When Riz and Dallas become friends and join forces, they commit one small crime after another, hoping each one will bring them closer to achieving their personal definitions of the American Dream. Director Sonejuhi Sinha (who co-wrote the script with Charlotte Rabate) keeps the film within a hazy, dreamlike state, while simultaneously outlining how each decision the girls make leads them into larger, dire circumstances. Crucially, the film never judges them, all the way up to and including the ambiguous finale — whether or not Riz and Dallas achieve their dreams, the fact that they stood up and pursued them at any cost is what counts.

If the girls on the lam were able to make it to the New England coast, they might find safe haven in the matriarchal community of Blow the Man Down. Writer-directors Bridget Savage Cole and Danielle Krudy tell an Agatha-Christie-by-way-of-the-Coen-brothers crime story about a Maine town where the women have taken complete control in the perpetual absence of their (fisher)men. The film features an ensemble of female protagonists spanning a variety of ages: the young Connolly sisters (Morgan Saylor and Sophie Lowe) who are responsible for one dead body and discover another; the working girls at the town’s brothel/bed and breakfast; the proprietor of that brothel (Margo Martindale); and the town’s unofficial council (June Squibb, Annette O’Toole, Marceline Hugot). Blow is a crime mystery about how the misdeeds of those in a town full of criminal activity affect everyone else, threatening to expose and upset the delicate balance of power that’s existed for decades. What’s particularly remarkable about the film is how each woman is respectful of her fellow townswomen, yet acts in her own self-interest. It’s a darkly comedic look at how the town’s sisterhood will go to great lengths to protect their own, as long as doing so also serves their needs.

What if that matriarchal community simply vanished one day? That’s the apocalyptic sci-fi premise presented in writer-director Takashi Doscher’s Only. The film begins by riffing on contagion outbreak movies with the onscreen titles describing it’s “Day 400” of a world in which a passing comet caused a mysterious ash to fall, spreading a virus that killed every female member of the species. It then moves around in a flashback/flashforward way that is perhaps a little needless, and the sociological and world-building implications of a planet totally populated by men are never explored. Doscher’s intentions reveal themselves slowly, but it eventually becomes clear that the saga of the last woman alive, Eva (Frieda Pinto), is about reclaiming her existence rather than spending her days cooped up by her protective boyfriend, Will (Leslie Odom Jr.). This isn’t a film about a world or a species or any sort of collective dealing with a crisis, but rather a movie about terminal illness, and how those who are afflicted can choose to live their lives their way despite the death sentence they’ve been given. While its premise may promise more than the film is willing to give, Only is ultimately a quietly spiritual and romantic movie about a woman freeing herself from a form of captivity.

Hunter (Haley Bennett), the hero of writer-director Carlo Mirabella-Davis’ Swallow, undergoes a similar journey of freeing herself from captivity, though her path is a lot stranger. At first, she’s the trophy wife of a vapid businessman (Austin Stowell), intended to look pretty at all times so she can blend into the aesthetically pleasing yet sterile home environment her husband has placed her in. Mirabella-Davis shoots these early scenes with a keen eye for composition, with Bennett’s look evoking a prim and proper ‘50s-‘60s era housewife. With her blonde Mia Farrow-esque bob, Hunter looks like the protagonist of a claustrophobic Polanski horror film, and the tension ramps up as Hunter finds she has a penchant for taking increasingly dangerous objects and swallowing them whole. “It makes me feel in control,” she says to a therapist that her husband’s family insists she sees, and what starts as a film examining mental illness expands and morphs into a well-rounded character study of a woman finding and defining herself. As she searches for the man responsible for her condition, the entire movie shifts style and tone in a compelling way, and Bennett’s extraordinary performance moves from meek and mousy to righteous and powerful. It’s a perfect example of how films by and about women, especially when they’re able to take control of their own narratives, are not just culturally important, but riveting as well.