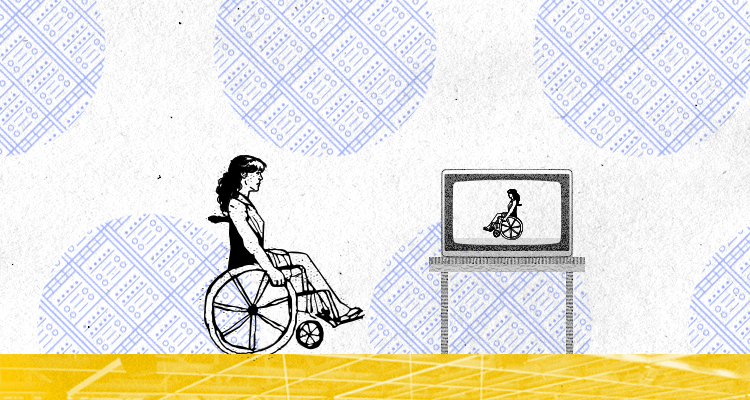 The success of M. Night Shyamalan’s mind-bending thriller Split has inspired the director to announce plans to make a sequel to Unbreakable — a film that, until last week, I’d spent more than 16 years avoiding.

Why avoid Unbreakable? To properly contextualize, let’s go back to Thanksgiving 2000, when Shyamalan, off the critical and commercial success of The Sixth Sense, released his comic-book-infused story of good and evil. The movie follows David Dunn (Bruce Willis), the sole survivor of a terrible train accident that left him with nary a scratch. He catches the attention of disabled gallery-owner Elijah Price (Samuel L. Jackson), a man obsessed with comic books who believes David is a real-life superhero.

For many, Unbreakable is harmless fun. For myself, it was a touchstone. The people I knew who saw it told me I’d be remiss not to see it. For you see, Elijah’s character was born with osteogenesis imperfecta, a brittle-bone disorder that means a mild injury can cause fractures. Cruel schoolchildren dubbed him “Mr. Glass.”

And Elijah was the first film character my friends had ever seen who had the same disability as myself.

In a landscape where disabled representations are a) few and far between and b) usually done poorly, the able-bodied mentality is “any press is good press.” Well-intentioned though they were, my friends thought seeing Samuel L. Jackson play a character “like” myself would help me feel “represented” in cinema. Since then, I’ve occasionally been asked if I have “the Unbreakable disease.” When hearing about my disability, someone inevitably asks if I’ve seen the movie.

My avoidance of the film has been two-fold. I don’t want to see my disability played as a cheap gimmick. Too often the actual disability is presented as a means of heightening the character’s social awkwardness and isolation. Furthermore, it fails to represent anyone’s interests besides the director and screenwriter. OI has generally found its way into numerous documentaries, emphasizing the “glass”-like nature of the disease, playing as a curiosity for the able-bodied. Shyamalan relies on it to provide a contrast with David’s physical perfection, while simultaneously giving Elijah a villainous origin involving pain, regret, and jealousy at what David possesses.

So did this inaugural viewing of Unbreakable leave me angry? Surprisingly, no. This is by far the least offensive portrait of disability I’ve seen in mainstream cinema. Though Shyamalan plays up the “glass” qualities, the movie doesn’t overemphasize them. Easily mimicked OI tropes, like sneezing and breaking a rib, are avoided in favor of one major fall down a flight of stairs, a moment that produced a remarkably visceral experience in me as someone who has felt a bone snap in her body.

The character suffers from self-imposed isolation as a supposed result of his disability; his only close relationship before David is with his mother. He runs a business but seemingly never leaves, making you question whether he lives on his own or not. There’s no discussion of Elijah’s way of life, implying he doesn’t have one. There’s no sense of independence or autonomy, maybe because, as he says, his life’s purpose is merely to be a villain. These elements aren’t unique to any film dealing with a disability, though. Because so many screenwriters are able-bodied they’re forced to write what they know, so the disabled become people who need help and can’t sustain life “in the wild,” so to speak.

This normalization also manifests in how removed the OI elements are from the narrative. Though people with OI are different, they’re bound by their connection to broken bones. (The film’s biggest error is the bizarre assertion that people with OI Type 4 “are the worst” and don’t live long; that’s actually Type 2.) However, Elijah explains he has a mild case, mainly to allow the production to avoid the “limits” of a wheelchair. Elijah walks with the aid of a cane, a fact soon ruined by his fall down the stairs, which leads to one of the more common tropes of the disabled narrative: that wheelchairs are a death sentence. Shyamalan zooms into Elijah’s eyes as he hears the litany of recovery he’ll need, the audience witnessing his dead expression. Elijah speaks of lengthy hospital stays, but it’s evident he’s never been to physical therapy. He’s meant to both represent and not represent an OI person — disabled through an able-bodied lens. Again, this isn’t surprising, but it led to a “representation” that was hard to identify with.

Watching Unbreakable answered a question I’d long thought about. Does a disabled person have to watch movies about disabled characters? Do all astronauts watch space movies? No, and the same goes for the disabled community. I didn’t want to see my disability presented in the simplest way possible, and for years I didn’t have to. But no movie has so closely hewed to my actual disability before, leaving Unbreakable as the rare film I’m meant to identify with, yet can’t. This may be a wild assertion, but with the way disability is often portrayed in movies, I’d rather be underrepresented than misrepresented.

To be misrepresented gives audiences information on the disabled community in the quickest and easiest way possible. Hence so many people feeling comfortable asking me if I have “the Unbreakable disease,” as if I’m glomming onto a new fad. To them, the movie showed something they didn’t know before, and they felt able to “identify” with me, someone supposedly so different from themselves. They couldn’t recall the complex name of the disorder, yet they knew the movie it came from. This is what leads to assumptions that, in turn, fuel what screenwriters think they know about disabled people.

Split is like my experience with Unbreakable. I can only imagine how those with personality disorders are feeling right now. Regardless, I’m happy I finally saw Unbreakable. The film wasn’t nearly as stereotypical as I assumed. Most of the tropes employed are used in all disabled films, not specific to my disability; I understood their inclusion and, though disappointed, wasn’t angry that Shyamalan didn’t do enough research. If nothing else, I can finally answer the question, “Have you seen Unbreakable? What did you think about it?”

Kristen Lopez lives in Sacramento. No, she doesn’t see dead people, either.

Nighthawks and Oscar: Changing the Image of Sylvester Stallone