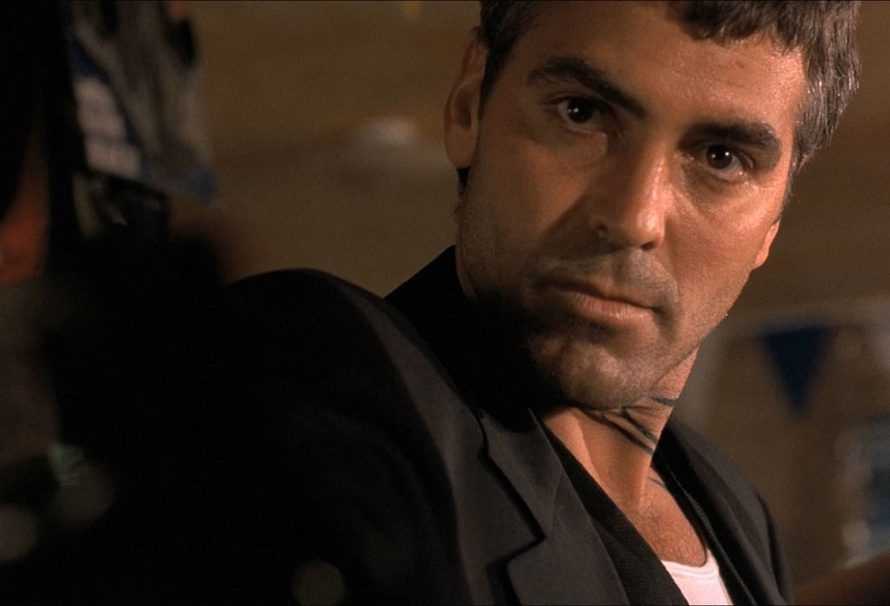 The question of whether America has produced a new A-list actor since the 1990s has an easy answer: No. Yes, there are actors who have insane name recognition—your Ryan Goslings, your Jennifer Lawrences, your Emma Stones, your Chris Evanses—but look at their filmography, and realize that their commercial success does not necessarily sync up with that fame. (Gosling is a noted Internet boyfriend, but did all those people see Only God Forgives? Or Evans’s Gifted?) To secure critical respect, box office receipts, and widespread adoration is a tricky combination, and no new actor or actress has quite been able to master it in the past couple of decades. Blame it on the changing nature of filmmaking, on the rise of superhero franchises that value characters over actors, and on the increase of streaming options and people’s tendency to binge series rather than visit movie theaters. Blame it on the change in celebrity and entertainment coverage, and the downward slide of magazines like People and US Weekly, and the rise of more cynical news outlets like TMZ. Blame it on the rise of social media, and how the ability to immediately post one’s opinions—for better and for worse—has stripped away the inaccessibility that once ensconced actors, and that provided them with an aura of mysteriousness that probably did them some good. (Ahem, looking at you, Armie Hammer.)

So to consider the fame of Brad Pitt, or Angelina Jolie, or Matt Damon, or Will Smith, or Ben Affleck, or Robert Downey Jr., or Jennifer Aniston, or Leonardo DiCaprio, or Keanu Reeves, or Denzel Washington, is to realize how some of the biggest names of the ‘90s remain the biggest names of today. And standing slightly away from the pack, his softly mocking smirk still intact, those amused eyes still signaling to you that he knows a secret you don’t, is George Clooney. The dreamiest doctor on ER. The wrong Batman, but the one with the best sense of humor about it. Danny Ocean. Michael Clayton. The fantastic Mr. Fox himself. Clooney has managed a tricky balance his entire career, somehow exuding both “I’m too cool for this” and “I’m running the show” energy, and that slick kind of authority has served him well as a thief (more than once, but most perfectly in Out of Sight), as a fixer, as the de facto leader of a group of convicts, as an astronaut, as a CIA agent, as an assassin, and as a politician. Clooney’s self-assuredness comes out in the lazy grin that signals he likes you and the shark gaze that signals he hates you, and the certainty of those feelings burn white-hot. You crave his approval and you fear you might not get it, and even in a corny B-movie, that leading-man quality can’t be quenched—not even by gallons of neon green vampire blood.

By the time Robert Rodriguez’s From Dusk Till Dawn came out in 1996, Rodriguez and close friend and collaborator Quentin Tarantino had already established themselves as the enfant terrible leaders of a certain kind of ultraviolent, ultratalky genre filmmaking. Tarantino’s Reservoir Dogs, True Romance, and Pulp Fiction, and Rodriguez’s El Mariachi and Desperado, were blood-splattered exclamation points that joined Kevin Smith’s Clerks and Harmony Korine’s Kids in the realm of “edgy” indie cinema. And when Rodriguez and Tarantino teamed up for the extremely silly genre mashup From Dusk Till Dawn (for which they worked with a nonunion crew, a decision that was crappy 25 years ago and is still crappy now), they combined recognizable elements of their own approaches. Rodriguez’s unfussy directorial style and fondness for horror gore, and Tarantino’s ratcheting-up-the-tension script (with various mimicked elements from Pulp Fiction, including repetitive use of the phrasing “Everybody be cool!”), fused together into a bloody crime story that then, in an abrupt mid-film twist, becomes a bloody vampire story. “I don’t fucking believe in vampires, but I believe in my own two eyes, and what I saw is fucking vampires,” Clooney’s thief-turned-murderer Seth Gecko says in the film’s final act, his voice tinged with a little bit of forced calm and slightly more forthright exasperation, and the menacing dependability that Clooney pulls off remains the best part of the schlocky Western.

From Dusk Till Dawn stars Clooney and Tarantino as brothers Seth and Richie Gecko; the former is a bank robber, the latter is a sex offender, and together they team up to escape from police clutches in Texas. Leaving a trail of bodies—police, Texas Rangers, and civilians—in their wake, the brothers race to the U.S./Mexico border with their stolen take. On the other side, Seth’s contact Carlos (Cheech Marin, in one of three roles) has promised them sanctuary for a 30 percent cut, and all the brothers have to do is get to the Titty Twister. They’ll meet with Carlos at this bar in the middle of nowhere that is only open from dusk until dawn, and once they’ve paid him off, Seth and Richie can start a new life. Some things probably wouldn’t change in Mexico: Richie’s obsessive need to rape and murder every woman he meets seems pretty unstoppable; Seth’s glare quietly smolders until his trigger temper explodes. And for as much as Seth loves and tries to protect Richie, he knows something is deeply wrong—and possibly never fixable—about his brother’s braggadocio, and lies, and violence. (The ugliness of Richie’s character and the incorporation of character traits that have since become synonymous with Tarantino, like his manic speaking style and his foot fetish, almost feel like a purposeful middle finger to journalists like Caryn James, who in 1995 wrote for the New York Times, “Seen enough of Tarantino? You’re not alone.”)

But the Gecko brothers stick together, and take another family hostage on their way to Mexico: The Fullers, led by former minister Jacob (Harvey Keitel, a Tarantino recurring player), who has renounced his faith after the death of his wife and is traveling the country with his son Scott (Ernest Liu) and daughter Kate (Juliette Lewis, fresh off Oliver Stone’s reworked version of Tarantino’s Natural Born Killers). Who would suspect the bespectacled Jacob, or the earnest Scott, or the innocent Kate, all cramped together in their RV? They’re a perfect disguise for Seth and Richie, and of course, Jacob will go along with whatever Seth says once he realizes that only Seth can stop Richie from preying on Kate. So they drive to the border. They cross into Mexico. And once they pull up to the Titty Twister, with its neon lights and fiery outside display, advertisement of “smelly pussy, hairy pussy, bloody pussy,” and exotic dancers in priestess-like outfits, led by the staggeringly gorgeous snake-wielding “mistress of the macabre” Santanico Pandemonium (Salma Hayek), From Dusk Till Dawn shifts into another kind of movie—one in which Clooney’s charisma is still its strongest asset.

From Dusk Till Dawn was Clooney’s first starring role in a feature film (after an audition for Tarantino’s Reservoir Dogs didn’t work out; as he told Robin Givhan in a January 1996 Washington Post profile, “I sucked”) and as Seth Gecko, he puts forth all the charm accumulated and perfected over years of TV work, from Roseanne to Bodies of Evidence to Sisters. He’s devilishly handsome, his customary head tilt—half fascinated, half irritated—used to great effect to intimidate enemies, deliver commands, and assess the tide of vampires desperate to drink his and his fellow humans’ blood. He’s physically imposing, the tan and Caesar haircut recognizable to fans of ER contrasting with the fiery tribal tattoos licking up his arm and his neck; has any man looked this good in a blank tank top? And unlike Tarantino’s Richie, who is aggressively whiny and annoyingly trigger-happy, Clooney’s Seth is subtler about it, his ability to convince and cajole with his hunched-forward shoulders and his slight smile as compelling as his skills fighting vampires with a revolver, a makeshift cross made out of legs from a bar table, and condom balloons filled with holy water.

Much like how Brad Pitt centered an increasingly absurd narrative in Guy Ritchie’s Snatch, Clooney is the glue that holds From Dusk Till Dawn together; as Rodriguez said of Clooney to Givhan, “There’s the guy!” The guy who could stand toe to toe with as gargantuan a personality as Tarantino and as iconic an actor as Keitel; the guy who could very easily get you to hand over your money, your car, and your loyalty; the guy who puts a human face, with disgust and anger and melancholy, on the nonstop exploitation and ankle-deep blood splatter of From Dusk Till Dawn. “This conversation’s over. Okay?” Clooney’s Seth says to Richie before they reach Mexico, the conciliatory smile on his face relaxing into an expression of pure “Don’t fuck with me” firmness.

That’s star power, and the ease with which Clooney wields it in From Dusk Till Dawn—whether he’s delivering lines as goofy as “Fight now, cry later” or understandably yelling at Cheech’s Carlos about the man choosing a centuries-old Aztec-temple-turned-vampire-bar as a meetup spot—was as much a pleasure to watch 25 years ago as it is now.

“From Dusk Till Dawn” is currently streaming on PlutoTV.

The Delightful Anachronisms of A Knight's Tale and Moulin Rouge!

The Young Girls of Rochefort in the Social Isolation Era

Watch This: Get Duked!