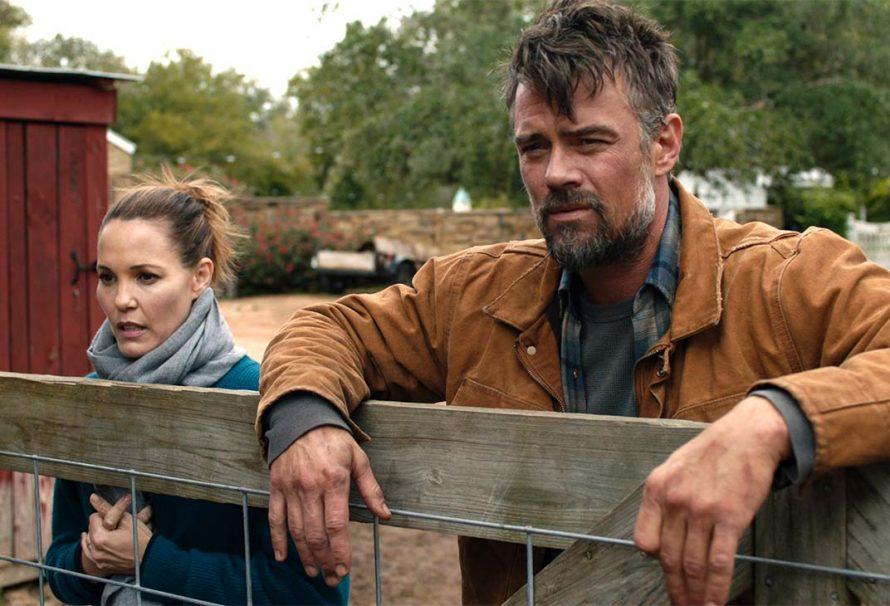 Once again, we’re taking a look at some of the movies on the fringes of the packed VOD and streaming release schedule. This month’s offerings include a pint-sized chef, a deranged marriage counselor, and the corpse of one of America’s worst presidents.

The Lost Husband (VOD April 10): There’s a bit of an ersatz Nicholas Sparks feel to this romantic drama, starring Leslie Bibb as a woman trying to start over after the death of her husband, and Josh Duhamel as the hunky farmhand she first spars with and then falls for. Based on the bestselling novel by Katherine Center, The Lost Husband doesn’t have the lush production values that can make even the cheesiest Sparks stories go down easy. Instead, it’s a sparse, low-budget production set mostly on the rural Texas goat farm where Libby (Bibb) moves with her two kids to live with her aunt (Nora Dunn). Aunt Jean is prone to folksy sayings like “There are no holidays on a farm,” and she presses city slicker Libby to take over the farm’s management. Bibb and Duhamel have minimal chemistry, and this overlong drag is more about dull, long-buried family secrets than the tepid romance. Grade: C

Time Zone Inn (VOD and IndiePix Unlimited April 14): This Italian relationship drama starts with a gimmicky premise that it abandons almost immediately: At a secluded bed and breakfast, couples hoping to acclimate themselves to future long-distance relationships stay in separate rooms designed to simulate foreign cities, only allowed to interact for two hours a day. There doesn’t appear to be any oversight on the rules, though, and soon the two couples staying at the inn are spending all their time together, debating the nature of romance and intimacy. The short movie (barely 70 minutes before closing credits) shifts gears several times, eventually turning into a treatise on matrilineal family structure that doesn’t make much sense. But some charming explorations of romantic and sexual entanglements appear along the way, and even if the larger societal point is muddled and haphazard, the characters are intriguing enough to keep watching. Grade: B-

Abe (VOD April 17): The title character of this cute (sometimes too cute) family dramedy is torn between two worlds, growing up in Brooklyn as the son of an Israeli-American mother and a Palestinian-American father. Abe’s thoroughly American parents are both avowed atheists, but their own family members are devoutly religious immigrants, and Abe (Stranger Things’ Noah Schnapp) finds himself pulled in too many cultural directions. All Abe really wants to do is cook, and he befriends a Brazilian fusion chef (Seu Jorge) who helps him take his culinary skills from his home kitchen to a hipster pop-up. The plot is a little thin, but Abe is earnest and likable, and the delicious-looking food is sumptuously prepared and photographed. As Abe’s contentious family members bicker, the filmmakers don’t pretend they can solve the Israeli-Palestinian conflict in under 90 minutes–but they do make a convincing case for the unifying power of a good meal. Grade: B

Bad Therapy (VOD April 17): Despite a cast full of comedy pros (Rob Corddry, Michaela Watkins, Aisha Tyler and more), Bad Therapy never finds any actual humor in its story of a couple (Corddry and Alicia Silverstone) being manipulated by their sociopathic marriage counselor (Watkins). Although the tone is dark comedy, it’s tough to see where it’s meant to be funny, even in a deadpan way. The plot mirrors the structure of a ’90s erotic thriller or a modern Lifetime movie, as Watkins’ Judy Small becomes obsessed with Corddry’s Bob Howard, but if there’s any satirical intent in Nancy Doyne’s screenplay, it’s completely absent onscreen. Watkins has some fun with her character’s descent into madness (and wears an impressive array of scarves), but the bulk of the running time is spent on dropped subplots and confusing character motivations. Grade: C

Dreamkatcher (VOD and DVD April 28): Not to be confused with 2003 Stephen King adaptation Dreamcatcher, this limp horror movie opens with dictionary-style definitions of both “dreamcatcher” and “dreamkatcher,” which are exactly the same, except one is, y’know, evil. Eight-year-old Josh (Finlay Wojtak-Hissong) comes across one of these evil artifacts in a shop run by a creepy old lady (Lin Shaye, queen of creepy old ladies), and he takes it back to the remote vacation home where he’s staying with his dad Luke (Henry Thomas) and Luke’s girlfriend Gail (Radha Mitchell). Josh starts seeing apparitions of his dead mom in his dreams, and when Luke heads back to “the city” for work, Josh’s relationship with Gail turns ominous. As sinister horror-movie kids go, Josh is pretty nonthreatening; his dangerous behavior includes leaving a cabinet door open for Gail to bang her head on. The dialogue is clunky, the suspense is weak, and the nonsensical mythology leads to an abrupt, useless ending. Grade: C-

Raising Buchanan (VOD and DVD/Blu-ray May 5): The late Rene Auberjonois delivers one of his final performances as the title character in this surprisingly sweet comedy about a woman who steals the corpse of notoriously terrible former U.S. president James Buchanan. Ruth (Amanda Melby) is a 40-year-old loser working in a Phoenix donut shop and riding out her probation on a variety of minor criminal charges when she hits upon the brilliant idea of stealing Buchanan’s on-loan remains from a local warehouse. She soon discovers that no one particularly cares that Buchanan’s bones are missing, and her increasingly futile efforts to offload this worthless relic are goofy and sometimes poignant. The core of the movie is the dynamic between Ruth and her imagined projection of Buchanan (Auberjonois), who becomes an avatar for her own sense of failure in life. Auberjonois is so good as the feckless leader, nobly defending his poor decisions, that it makes you long for a full one-man show that will never come. Grade: B+