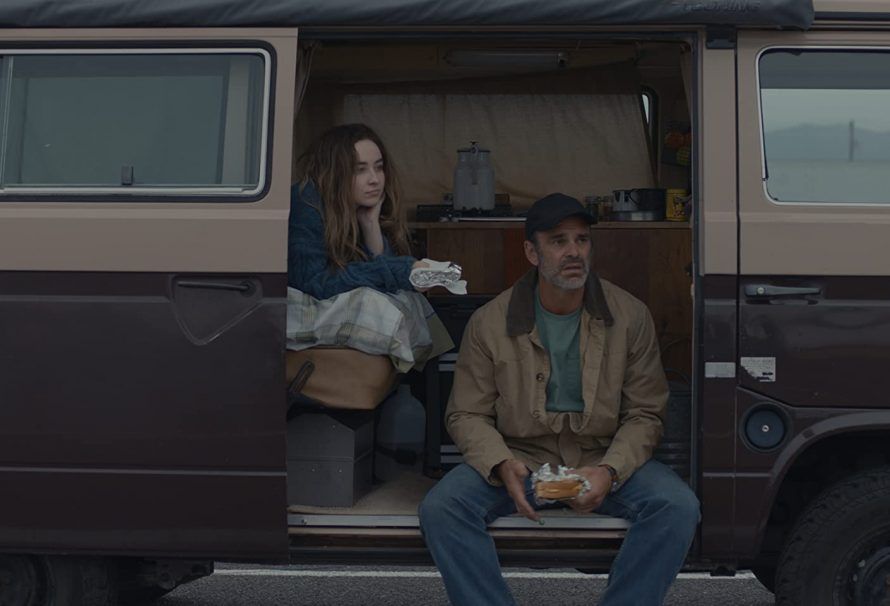 This month’s fringe VOD offerings feature unauthorized depictions of Elvis Presley and Lynyrd Skynyrd, plus a homicidal pro wrestler, a pair of perky teen detectives, and more from the far reaches of the direct-to-video release schedule.

The Short History of the Long Road (select drive-in theaters June 12; VOD June 16) Disney Channel star and pop singer Sabrina Carpenter gives a subdued and soulful lead performance in this low-key coming-of-age drama that could double as a rallying cry for #vanlife. Raised in a camper van, teenage Nola (Carpenter) has no idea how to integrate into mainstream society after her bohemian father (Steven Ogg) dies suddenly. But this isn’t the story of a young woman who resents her free-spirited, irresponsible dad, like the children of the characters played by Viggo Mortensen in Captain Fantastic and Ben Foster in Leave No Trace. The somewhat scattered, episodic movie shows Nola struggling but ultimately embracing the nomadic lifestyle, even after she reconnects with her estranged mother (Maggie Siff). It’s a quiet, contemplative story that offers no harsh judgments, just the genuine ordeal of growing up and coming to terms with the past. Grade: B

WrestleMassacre (VOD and DVD June 16) It takes way too long to get to the wrestling and massacring in this micro-budget horror movie featuring more than a dozen low-level current and former pro wrestlers. Director and co-writer Brad Twigg spends nearly an hour developing the sad back story of awkward, lonely landscaper and aspiring wrestler Randy (Richie “The Cuban Assassin” Acevedo), who eventually goes on a murderous rampage after suffering humiliation at a pro wrestling school and rejection by his crush Becky (Rosanna Nelson). There’s also a meandering subplot about Becky’s boyfriend Owen (Julio Bana Fernandez) owing money to a loan shark, which serves mainly to pad out the running time and provide more opportunities for wrestler cameos. When the movie finally gets to the violence, most of the fighting consists of recognizable wrestling moves, culminating in some mediocre gore effects. An actual pro wrestling match would feature more coherent writing, better acting and a more satisfying outcome. Grade: D

Hidden Orchard Mysteries: The Case of the Air B and B Robbery (VOD June 16; DVD July 14) With Nancy Drew getting the edgy, sexy treatment on The CW, there’s an opening for more wholesome teen-girl detective stories, and that’s what writer-director Brian C. Shackleford attempts to offer in this cumbersomely titled family movie. Shackleford showcases a diverse cast, including stars Ja’ness Tate and Gabriella Pastore as best friends Lulu and Gabby, who take it upon themselves to solve the not particularly compelling mystery of a break-in at a house in their upscale Hidden Orchard subdivision. There’s barely enough plot to fill out a half-hour TV episode, let alone a feature film, and the mystery’s sleepy twists and turns make little sense. The tone is generally squeaky clean, but there are some questionably risqué references that feel out of place, and it’s tough to imagine tween audiences having the patience for this annoyingly chipper, choppily edited and clumsily acted attempt to speak to them on their level. Grade: C-

Daddy Issues (VOD June 23) The daddy that aspiring stand-up comedian Henri (Kimberley Datnow) has issues with is deceased, and even though Henri missed his funeral to hook up with a guy she met at a club, he’s still left her his large house in Los Angeles and a seat on the board of his nebulously defined company. She moves back to LA from London, where she’s been living for the past five years, and reconnects with some old college friends, while trying to get her life together and live up to the expectations set by her dad in his final letter. Datnow is charming, but the movie is shapeless and inconsistent, with a disjointed secondary plot about Henri’s best friend experimenting with “sugar baby” dating. Henri isn’t remotely convincing as a stand-up comedian, and her romance with one of her college friends is underdeveloped, especially since Henri spends most of the movie being rude to everyone who cares about her. Those issues go beyond the paternal. Grade: C+

Street Survivors: The True Story of the Lynyrd Skynyrd Plane Crash (VOD and Blu-ray/DVD June 30) Held up for years thanks to legal battles between current and former Lynyrd Skynyrd members, Street Survivors is more of an Artimus Pyle biopic than a movie about the famed Southern rock band (whose music is never heard). Pyle himself, who joined Skynyrd as the drummer in 1974, appears on camera in interview segments, and is presented as the unequivocal hero of the plane crash that killed three band members (and three others) in 1977. The first half of the movie features sub-VH1 recreations of rock-star excess (complete with gratuitous groupie nudity), and the second half is morbidly focused on every grim, bloody detail of the crash, celebrating Pyle (played by Ian Shultis) for his bravery and determination. It’s tacky and self-aggrandizing, while conveying nothing about what made Skynyrd’s music so brilliant in the first place. Grade: C-

Elvis From Outer Space (VOD July 7) You can say this for Elvis From Outer Space: It delivers exactly what the title promises. Elvis Presley (George Thomas), who’s been living among aliens since faking his death in 1977, returns to Earth from outer space to seek out his long-lost daughter and compete in a Las Vegas Elvis-impersonator contest. Naturally, the CIA is after him, although his function within the shady government/alien conspiracy is left vague. Despite nearly nonstop expository voiceover from one of the other Elvis impersonators, the plot remains inscrutable, as do the motivations of the main character (who goes by the name John Burrows, for some reason). With his ill-fitting wig and pasted-on sideburns, Thomas doesn’t make for an especially convincing Elvis, although he does say “Thank you, thank you very much” a bunch of times. The special effects look like they were created on a classroom computer circa 2004, and there are, of course, no actual Elvis songs in the movie. Grade: D