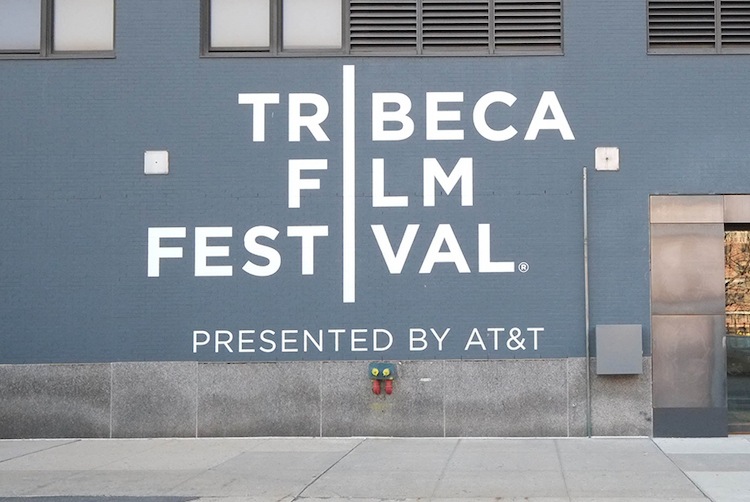 Dependency can be horrifying. The feeling that your life would suffer irreparable damage if someone or something were removed from it creates a dread all its own. That particular terror permeates a handful of films at this year’s Tribeca Film Festival — not necessarily all “horror films” (we’d have to check with the @itishorror Twitter account to be sure), but each with elements that aim to unsettle.

In a way, being dependent on another person or object creates an unspoken bond of trust. The violation of that trust is just as large a violation as a physical attack by a hideous monster. These films explore just about every aspect of that idea — up to and including the hideous monster.

What happens when that hideous monster wears a human face and its despicable acts fall into uncomfortably blurred lines of morality? That’s the central predicament in The Kill Team, adapted by writer-director Dan Krauss from his own documentary. Clearly, the Maywand District Murders (committed in 2010 by U.S. soldiers in Afghanistan) had a profound impact on Krauss, and it’s easy to see why. The film invents the protagonist character of Pvt. Andrew Briggman (Nat Wolff), the son of a Marine, who’s eager to see some action but gets rattled when confronted with actual death. Things escalate upon the arrival of Sgt. Deeks (Alexander Skarsgard), an eerily soft-spoken man who coldly manipulates the men under his command in order to assert dominance. Deeks actively encourages his men to murder villagers in cold blood—murders which he subsequently covers up. Faced with this atrocity, Briggman suffers under the weight of deciding whether to blow the whistle on Deeks and the rest of his squad, all while fielding Deeks’ thinly veiled threats about what might happen to him should he not cooperate.

While there’s certainly a version of the film that could’ve been made as a plain drama, Krauss instead chooses to go for the same brand of psychological horror seen in Kubrick’s Full Metal Jacket (1986), exploring how people whose job it is to kill find ways to continue killing and then justify their actions. Deeks is a Dracula-type figure, a seductive and physically attractive specimen whose philosophy is passed from one person to another, creating a hive mind of people who exist only to seek his approval. What makes Briggman’s position almost unbearably tense is that his potential dissent would make him an outsider. He also has his own moral quandary, seeing firsthand the casual way some villagers (young and old, men and women) will plant bombs and lead soldiers into deadly traps, breeding a bubbling sea of murderous hatred within himself. Deeks seizes upon this and attempts to groom Briggman into a protege of sorts, resulting in a series of scenes that can best be compared to the conversations between Hannibal Lecter and Clarice Starling in The Silence Of The Lambs (1991).

Wolff portrays Briggman with a compelling mixture of determination and shaky nerves, while Skarsgard employs his natural raspy voice and laconic demeanor to chilling effect. The film dips into maudlin dramatics a little too often, using a weirdly lyrical score as well as some other stylistic choices that undercut the tone a bit. Overall, though, Krauss keeps the tension way up, exploiting the fear of being trapped with people you are supposed to be able to depend on, people who should be your friends, but who may instead be your worst enemies.

While regimented dependency creates strong bonds, the power of dependency in a romantic relationship is even greater. When that gets threatened, some truly monstrous things can occur. In Something Else, directors Jeremy Gardner (who also stars and wrote the screenplay) and Christian Stella make a character study of a relationship in a state of arrested development. For the first act of the film, Gardner and Stella employ a non-linear structure while running through the 10-year history of lovers Hank (Gardner) and Abby (Brea Grant), which ends when Abby abruptly leaves one day, leaving behind a brief ambiguous note that sends Hank into a spiral of despair. His other half gone, the once clean-shaven and boisterous Hank is now a scraggly, moody, drunken mess, a shell of a man who stands guard every night against a mysterious creature that attacks the house, killing Abby’s abandoned cat and attempting to gain entry. As Hank gains a reputation for being a sad man driven to possible insanity, Abby unexpectedly returns, and it remains to be seen whether the two can repair their relationship, as well as what that monster might do when it returns — if it even exists.

Two of the producers of Something Else are Justin Benson (who also has a supporting onscreen role) and Aaron Moorhead, which is fitting, since Gardner and Stella’s film deftly picks up the “indie relationship drama with horror elements” baton from that duo’s films, especially 2014’s Spring. The creature design and effects for the film’s monster sequences are impressively practical and gory, and the movie contains some of the best jump scares in any horror film in a long while.

However, it’s in the character work and performances that it really shines. There’s an extended scene between Gardner and Grant that’s one shot, one take, and they hold the screen fantastically. The scene is the epicenter of the film, in that it commands attention via the interaction between the two characters, yet, because it’s set at the front of the house while the couple are watching for Hank’s monster, there’s an underlying ill-at-ease tone throughout. It’s a perfect metaphor for the uncertainty within any long-term romantic relationship — you never know what might jump out at any moment to threaten the bond between you and your partner.

While the bond between lovers is, even at best, a tenuous one, the bond of dependency between family members is much more expected, and harder to break. That doesn’t stop Kiwi wacko Ant Timpson from trying, however. His debut feature as a director, Come to Daddy, stars New Zealand’s favorite American cherub Elijah Wood as Norval, a fussy and arrogant young man (with kind eyes, as another character is keen to point out) who is summoned to his estranged father’s remote beachfront home. Upon arriving, his dad (Stephen McHattie) is at first drunkenly aloof, with Norval trying to impress and, later, meekly confront his antagonistic father. Dad becomes increasingly bizarre and hostile to the point where, in the middle of an altercation, he keels over dead. Left with a lot of unresolved daddy issues, Norval’s life only gets more insane from there, as he discovers that his dad had a lot of skeletons in his closet, and maybe a person or two chained up in his basement.

Written by Toby Harvard (who also wrote 2016’s similarly unclassifiable family issues film The Greasy Strangler), Come to Daddy mutates from a bizarre father-and-son comedy into a Coen brothers-esque crime film dipped in ‘70s-style grime and gore, all with Wood’s hapless hero at the center. A large part of the horrific (and hilarious) tension comes from the fact that there’s absolutely no way to predict what’s going to happen next, as almost no interaction between characters plays out as expected. The film starts weird, and throws its protagonist and its audience off balance so fast and so often that, for a while, it’s possible that Norval is just going crazy (or perhaps already was that way to begin with). Timpson and Harvard never let the central theme of the film fade into the background, however: the notion that this young man is desperately seeking his father’s love and approval, and would go to horrific lengths to obtain it.

But enough about the pitfalls of being dependent on people — how about some good old-fashioned chemical dependency? For that, look no further than Joe Begos’ Bliss, a blood-drenched romp through the decadent drug scene of Los Angeles. Painter Dezzy Donahue (a fearless Dora Madison) has hit career rock bottom, having not completed a painting in months, not paid her rent, and not broken off her tepid relationship with her boyfriend Clive (Jeremy Gardner once again, playing a much less lovable schlub this time). Stressed out to the point of saying “screw it,” Dezzy goes to buy a distraction in the form of nose candy (referred to sometimes as “bliss,” hence the title) from her drug dealer pal — which works too well, waylaying her at his place long enough for a wild party to break out, to which her slick scenester acquaintances Courtney (Tru Collins) and Ronnie (Rhys Wakefield) show up. More “Diablo” cocaine and a wild threesome later, Dezzy wakes up naked and covered in blood, with — or maybe without? — telltale bite marks on her neck. Her creative juices start flowing, but she finds herself needing more bliss to continue, and perhaps another, darker, redder substance as well.

Bliss is the most unabashedly, out-and-out horror film at Tribeca this year, and Begos pulls out all the stops. By the time Dezzy goes full vamp, there’s already been multiple scenes of her and others with blood smeared over their faces, so Begos goes the extra mile and has his antiheroine bite off fingers and rip off heads. It’s gloriously trashy, but while its over-the-top nature is on par with the filmmakers’ previous work, Bliss feels much more of a piece than his other, more uneven movies. Working in Bliss’ favor is the fact that it’s also a drug movie, giving the film license to employ any and all stylistic flourishes, ranging from Begos attaching a camera to his star multiple times for woozy handheld-like camerawork to an abundance of hallucinatory, primary-colored lighting, to a lot of fake-out dream sequences. It can overstay its welcome at times, but ultimately the aggressive tone makes the film feel like one long, crazy, bad (“bad” in the drug sense) trip.

The vampiric gore onscreen does a great job of underlining the horror of dependency on a substance much more effectively than any run-of-the-mill “drugs are bad, m’kay?” movie does. Lurking underneath this is a subtext about the belief that lacking a substance makes one’s art suffer (and vice versa), an insidious myth that nonetheless persists with some people. The art of suffering under monstrous dependency may have turned up a lot during Tribeca, but fortunately, the art itself showed no signs of suffering.