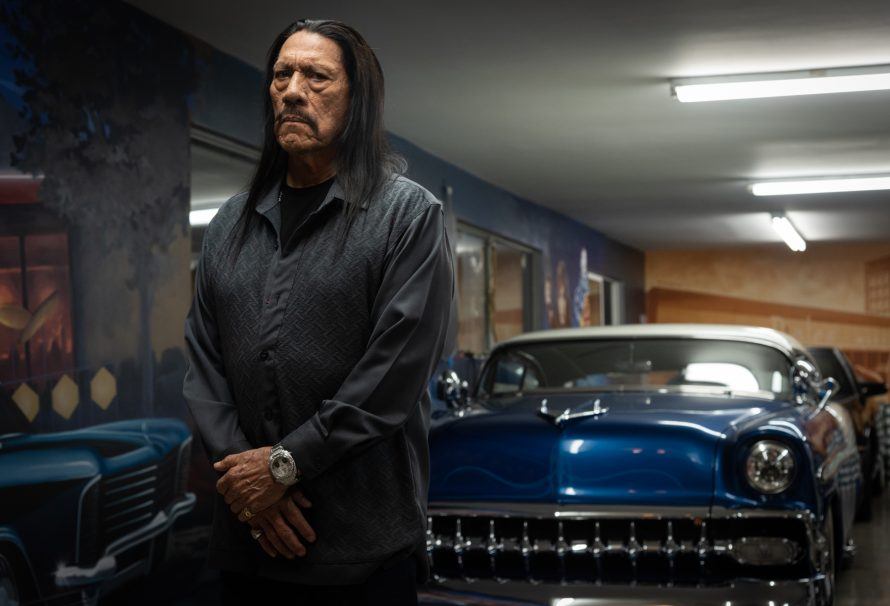 This week’s minor VOD releases feature conspiracy theories about D.B. Cooper and Covid, plus a killer gorilla and an evil river.

Renegades (Select theaters December 2; VOD December 6): There’s minimal action in this revenge thriller about a group of senior-citizen military veterans, although the aging stars are at least having a good time. The main character is the slightly younger Burton (Nick Moran), a PTSD-afflicted combat veteran who receives a helping hand from his mentor Carver (Lee Majors) and Carver’s military buddies. Burton vows vengeance when a local crime boss (Louis Mandylor) orders Carver killed for meddling in his business. There’s a lot of empty posturing and characters delivering exposition over the phone, with a cavalcade of B-movie all-stars including Danny Trejo, Michael Paré, and the late Tiny Lister in one of his final roles. When the characters finally get around to battling each other, the bargain-basement special effects render the action sequences ineffective and laughable. The movie ends with an overly optimistic set-up for a sequel, but it’s hard to imagine the Renegades joining the Expendables in the world of geriatric mercenary teams. Grade: C-

The Rise of the Beast (VOD and DVD December 6): The lumbering title character doesn’t do much rising in this tedious creature feature, which mostly involves people traversing dank corridors. A group of activists infiltrate a secret research facility where they believe a pharmaceutical company is experimenting on animals, only to become the subjects of experiments themselves. Both the activists and their captors are stalked by a giant mutant gorilla, the result of lab testing gone awry, while one activist spends most of the movie slowly and unconvincingly transforming into a sort of were-gorilla after the monster attacks her. Thanks to the janky CGI, the monster can’t really interact with anything else onscreen, so it mainly just roars and waves its arms. There are some perfunctory efforts to build character relationships and formulate social commentary, but those are about as effective as the flailing monster. Nothing about the killer gorilla is scary, and the incoherent story doesn’t make an impact, either. Grade: D

#Float (VOD December 9): The occasional social media-style videos in writer-director Zac Locke’s forgettable horror movie don’t exactly justify the annoying hashtag in the title, and he doesn’t have anything worthwhile to say about modern dependence on online validation. He does occasionally generate some creepy atmosphere as a group of friends take a river-floating trip to honor their late buddy, who died of a drug overdose along that same river. A clichéd hillbilly weirdo warns them away from the river with vague threats, but they quite reasonably ignore him, until they start suddenly dying. After teasing the mysterious danger on the river, Locke never bothers explaining or even properly depicting it, and the movie ends up as vague and repetitive as that weirdo who keeps popping up. The acting, especially from lead Kate Mayhew, is solid, but the heartfelt bonding moments are out of place amid the supposed terror. Locke fails to make the river itself menacing, leaving merely wan bickering about interpersonal drama. Grade: C

I Am D.B. Cooper (VOD and select theaters December 9): The story of D.B. Cooper is one of the most enticing and enduring American legends, so it’s not surprising that some low-level criminal claims to be the man who hijacked a commercial airliner in 1971 and parachuted out over the Pacific Northwest wilderness with $200,000 in cash, never to be seen again. It’s slightly more surprising that filmmaker T.J. Regan indulges this man’s delusions for so long, documenting a pair of bounty hunter brothers as they dutifully follow Rodney Bonnifield on his alleged quest to recover “his” money. Regan intersperses real-life interviews with mediocre re-enactments of Bonnifield’s story, which also includes involvement in the disappearance of Jimmy Hoffa and an affair with singer Rita Coolidge (whose music soundtracked a 1981 movie about Cooper). Rather than an Errol Morris-style interrogation of an American eccentric, Regan’s documentary is dull and conventional, while the narrative segments are competent but unexciting. It’s two underwhelming movies in one. Grade: C

Dragon Eats Eagle (VOD December 13): Writer-director Noah Marks’ abysmal political “satire” is really just a sketch-comedy take on standard conspiracy-theory talking points. It isn’t remotely clever or funny, and its running time is padded out with stock footage and clips from vintage public service announcements. The central characters are a pair of apparently immortal wanderers who’ve been in the background of important historical events for thousands of years, and now work for the movie’s Hillary Clinton analog. They engage in meaningless, circular philosophical banter, while carrying out the plan of “Madam Evergreen” to unleash Covid as a political tactic. Donald Trump is depicted as a harmless buffoon, while Clinton is colluding with China and rigging the 2020 election for an addled Biden figure. There are no actual jokes, just paranoid delusions played out on underdressed sets with stilted writing and acting. It makes the likes of conservative Bernie Sanders biopic parody Free Lunch Express and Covidsploitation quickie Corona Zombies look like brilliant cinema. Grade: F

The Best Movies to Buy or Stream This Week: ‘The Menu,’ ‘She Said,’ ‘Groundhog Day’ and More

VODepths: What to See (and Avoid) on Demand This Week