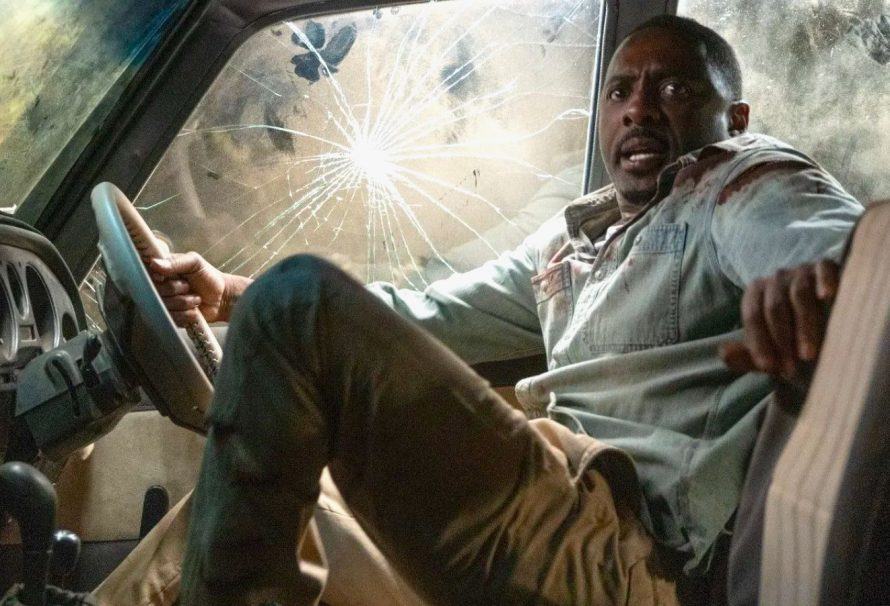 “Idris Elba versus a lion” feels like the kind of high-concept pitch that shouldn’t have required any additional persuasive arguments to the studio execs at Universal. After all, who doesn’t want to see the broad-shouldered British actor punch the shit out of a CGI predator in a desperate attempt to protect his family? (Other than my husband, who did not want to be my plus one for the press screening.) Beast delivers on its simple premise, offering an effective survival thriller; nothing more, nothing less.

New Yorker Nate (Idris Elba) takes his teenage daughters to South Africa to reconnect with them after the death of their mother, who was born there. Older sister Mer (Iyana Halley) is spiky and sour, taking after her mom in her pursuit of photography, while precocious jokester Norah (Leah Jeffries) is quick to defend her doctor father, even if he wasn’t always around. Led by longtime family friend Martin (Sharlto Copley) into a game reserve, the trio see majestic animals, but soon they get far closer to a vengeful lion than even a zoom lens would allow. After poachers killed the rest of his pride, the animal is out for revenge as he stalks every human he encounters. The intended family bonding gets intense as Nate shows his daughters exactly how much he loves them as he tries to keep them safe from the lion.

Director Baltasar Kormákur sure knows how to make a survival movie, with Beast joining the likes of Adrift, Everest, and The Deep on his resume. This is a solid thriller, with jump scares evoking yelps and long takes elevating the tension along with your heart rate. It’s well-crafted from every angle; Philippe Rousselot’s cinematography is thoughtful, capturing both the beauty of the South African setting and the terror stalking through the bushes. Though the lions are clearly CGI, the effect works — while keeping the production out of Roar territory and ensuring the safety of the cast, especially the young actresses. Both Halley and Jeffries are talented, keeping pace with the more experienced actors. Copley is welcome, as always, as the ruggedly handsome enforcer for the reserve. Elba lends a gravitas that isn’t always present in this type of survival film (though perhaps Richard Harris in Orca would like a word). It’s a finely detailed performance, from his delivery of a drunken monologue soaked in grief and regret to the way he sticks his tongue out while performing field surgery.

Speaking of which, Beast earns its R rating almost entirely for its gnarly, maul-related gore. I only caught a single use of the f-word, which is far less than I would’ve used if I were being chased by an unnaturally angry apex predator through the wilderness. The film is littered with bodies, each covered in blood with flies often hovering over nasty gashes. It’s admirably gross, with some scenes earning gasps for shots that linger perhaps a bit too long on the gaping wounds for some viewers’ comfort.

Though Beast works overall, from its scares to its believable family dynamics, Ryan Engle’s script relies a bit too heavily on dream sequences, and scenes often go exactly where you think they will. Characters make illogical decisions — why can’t anyone just stay in the car?!? — that can only be attributed to terror and still leave you wanting to scream at the screen like you’re watching a bad horror movie. Yet even as a viewer, logic doesn’t rule; there’s a primal undercurrent here, and the panic they feel on screen is perfectly reasonable and buried deep in some old part of our brains.

Beast isn’t breaking any ground not previously trod by creature features from Jaws to The Ghost and the Darkness. However, it remains an effective thriller, grounded by a typically great performance from Elba and fine filmmaking all around. At just 90 minutes, it provides a quick shot of adrenaline, pulling back with a mercy unthinkable to the predator at its pounding heart.

“Beast” is in theaters Friday.