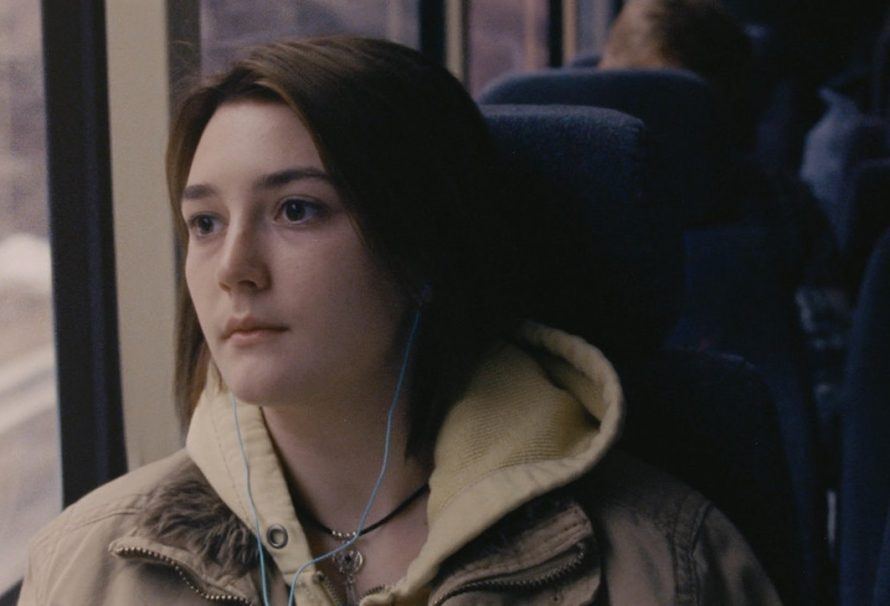 At once as intimate as a sigh and as urgent as a klaxon, Never Rarely Sometimes Always is an essential film about abortion that arrives at a critical time. But writer-director Eliza Hittman’s follow-up to her acclaimed 2017 film Beach Rats never feels like a polemic; instead, this frank drama is rooted in authenticity in its story of a young woman’s challenges in trying to get an abortion. This is healthcare that she has a legal right to obtain — and it shouldn’t be this difficult.

Even with ever-tightening restrictions in many places, abortion may never be truly impossible for rich women to get in the United States. However, Never Rarely Sometimes Always reveals how the medical procedure continues to grow tougher to have if you’re not a privileged woman in a major metropolitan area in a blue state. Autumn (Sidney Flanigan) is a 17-year-old high school student who works part-time as a cashier at a grocery store in small-town Pennsylvania. When she discovers she is pregnant, she learns that, as a minor, she could only have an abortion with the permission of her parents. Her stepfather (Ryan Eggold) is casually cruel, but something more sinister and sad seems to exist between them than just his hurtful words.

So instead of getting approval from him and her more permissive mother (singer Sharon Van Etten), Autumn and her devoted cousin Skylar (Talia Ryder) scrounge together all their money, pack a suitcase, and take a bus to New York at dawn. When they arrive in the city, they realize that the procedure still won’t be as easy — or as affordable — as they’d hoped, largely as a result of the treatment she received in her home state. You feel every crack in the New York sidewalk as Autumn and Skylar trundle between the Port Authority bus station and Planned Parenthood clinics in Brooklyn and Manhattan, rolling a suitcase and struggling to carry the emotional baggage of the situation, desperate for an end to the pregnancy that Autumn recognizes that she isn’t ready for.

Never Rarely Sometimes Always doesn’t just examine the hardship of abortion; it also looks at the smaller indignities of identifying as female in 2020. Whether it’s the shudder-inducing daily harassment of teenage girls by their grocery store boss or the random horrors of an empty car on the New York City subway, no place is truly safe for them. However, each challenge offers up solidarity and sisterhood — particularly between Autumn and Skylar — as a balm for what women go through regularly. Thanks to the two young actresses, their friendship feels lived-in and honest, with the type of ride-or-die connection that only real closeness can provide.

Much goes unspoken in Never Rarely Sometimes Always, but Hittman’s sensitive script and the strong performances still make it feel specific and true. The scene that gives the film its title — a pre-procedure interview by a Planned Parenthood counselor — is never explicit in the trauma(s) experienced by Autumn, but it doesn’t need to be. In her feature debut, Flanigan is a quiet revelation as Autumn, whose emotions are clear even when she doesn’t open her mouth. Empathy courses through the film (there were audible gasps in our screening, at multiple moments), and it’s impossible not to feel for Autumn and her unnecessary hardships. But what’s most remarkable about Never Rarely Sometimes Always isn’t just how affecting it is in the moment you’re watching it; the film lingers, impossible to shake even weeks after you’ve seen it.

With her 2013 debut It Felt Like Love, Beach Rats, and now Never Rarely Sometimes Always,  Hittman has proven herself an adept chronicler of adolescent experiences. Her voice as a filmmaker amplifies those who are still learning how to express themselves, as she tells stories that are vital and valid, regardless of the age of the viewer. With its PG-13 rating versus an R, Never Rarely Sometimes Always might have a better chance of being seen by those who glimpse themselves in its important coming-of-age story.

“Never Rarely Sometimes Always” is out Friday in limited release.

The Timeless (Yet Timely) Family-Friendly Terror of The Witches