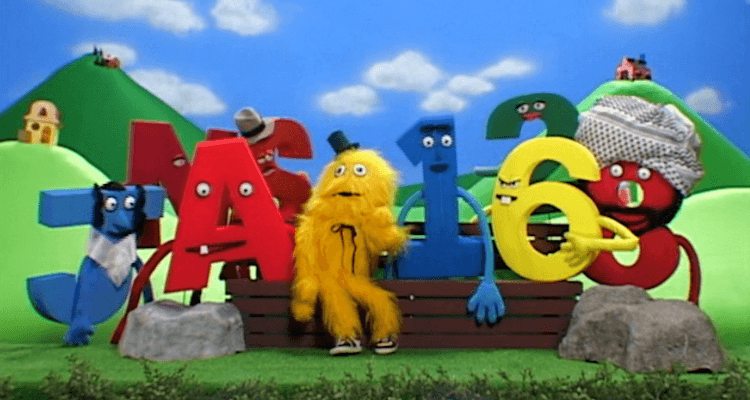 The sequel to Fifty Shades of Grey opens this weekend, and while you’d think Fifty Shades Darker than grey would be black it’s actually just the same white couple pretending to be kinky. They have their fans, and I’ll admit there are laughs to be found, but the movies aren’t nearly as sexy as they think they are. To that end, I present this highly scientific list of ten movies, also with numbers in their titles, that are more than sixty-eight times sexier than the Fifty Shades films.

Brad Pitt was crowned “Sexiest Man Alive” mere months before the movie opened, which makes this a sexy film by association, but I already know what you’re thinking. “Rob. Shouldn’t David Fincher’s sensual serial-killer thriller be closer to the #1 spot? After all, don’t we all enjoy movies featuring unexpected head?” Good point sir/madam, but this is a list of sexy films, not crass ones. Next you’ll be wanting me to include American Pi. Maybe you should just grow up and write your own list if that’s how it’s going to be. I’ll continue now uninterrupted, if it’s all the same to you. So as I was saying, Seven makes the cut thanks to the presence of Gwyneth Paltrow’s box.

If you met me in real life you’d probably think I was ten years younger than I actually am, although the gap would tighten up a bit if we met in a well-lit area. That said, I’m still not old enough to have been around when this caveman-vs.-dinosaur romp first hit screens, but the effect of seeing Raquel Welch in a bikini for the entire film transcends generations and definitely raised pulses across the country. Her sexual appeal hasn’t lessened over the decades, and watching the film today will still leave viewers torn between appreciating the stop-motion monster action or the motion of Welch’s bikini-clad form running from said beasts. There’s a reason Andy Dufresne uses a poster of her to distract prying eyes away from his escape tunnel.

I’m not the biggest fan of this action-comedy despite the endlessly appealing cast, but just because I dislike the movie doesn’t mean I’m blind to visual stimulation. Courteney Cox and Daisy McCrackin bring energy and skin as a pair of spunky ladies who get caught up in an Elvis-themed Las Vegas heist, but the real pants-tighteners are Kurt Russell and Kevin Costner as Elvis impersonators in tight pants. My love for Russell and Costner is well-documented, and while both have made far better films it’s a tingly delight watching the two of them crack wise, crack skulls, and strut to the musical stylings of the King.

Michael Winterbottom’s relationship drama is the only film on the list to feature explicit sexual activity, but the mere presence of hardcore shtupping is just the tip of the carnal action here. We see a couple’s relationship from beginning to end but only through the concerts they attend and the fleshy pleasures they share, and while the sex is well and warmly photographed the film’s interspersing of musical interludes between orgasms actually adds to the experience. Anyone who’s attended a high-energy show with a loved one (or a loved one for the night anyway) is familiar with the internal vibrations and excitable charge that follows you home and encourages the sweet relief that follows. Your mileage may vary, but Winterbottom’s film delivers the sexy goods while also triggering memories of your own horizontal dance parties.

I haven’t actually seen this movie, but I’m pretty sure I’m obligated to include it on a list of sexy movies with numbers in the title. I know it features a grungy Mickey Rourke and a refrigerator light-loving Kim Basinger, but beyond that I got nothing. It’s weird that I’ve missed it though, right? I mean, I’ve seen the rest of auteur Zalman King’s filmography (he wrote it) from Red Shoe Diaries to Wild Orchid to Two Moon Junction, and yeah, now that I’ve typed that I’m wondering why I didn’t just include Two Moon Junction.

The lovely Shannyn Sossamon is enough to warrant this romantic comedy’s inclusion on the list as there are few cinematic sights lovelier and sexier than a short-haired Sossamon. But if for some reason she isn’t enough for you, the entire premise of the movie is about facing temptation, approaching release, and then… not. As Aldous Huxley said, chastity is the most unnatural of sexual perversions, and Michael Lehmann’s film teases that fetish of restraint with a healthy dose of anticipation for what’s (and who’s) to come.

At the risk of sounding like a cliche, few traits are sexier in a person than a great sense of humor. The ability to not only find things funny but to actually be funny is a true gift, and the combination of the two in a person can make for a walking aphrodisiac. So yeah, a movie featuring three incredibly funny women is almost guaranteed to be a sexy experience. Lily Tomlin, Dolly Parton, and Jane Fonda work our funny bones, individually and as a threesome, like the comedy professionals they are, and while there are saucy gags focused on cleavage and S&M, it’s the steady stream of laughs that keeps us engaged and engorged.

Matt Ross’ pre-Captain Fantastic feature shares some similarities to 9 Songs above, albeit with neither hardcore sex nor concert footage, but it’s no less sexy for it. A man and a woman meet and begin an affair, and we watch them from their electric beginnings onward through a series of sweaty, slippery tumblings. Did I mention they’re played by Chris Messina and Marin Ireland? Their time together in the rooms is the entire focus here, and the air between them is charged with a tangible mutual attraction even when they’re not physically engaged. It’s just stickier when they are.

Zack Snyder’s 2006 original revealed that all of us are slo-mosexuals under the right circumstances, but it took Noam Murro’s prequel/sequel to improve that observation by adding Eva Green. She goes head to head (and groin to groin) with Sullivan Stapleton here, and while his name makes him sound like a dandy gentleman he’s anything but, leading to some very adult situations between the two. What I’m saying is they have the sex. On a boat. And it is glorious. Their undulating coupling is the highlight here, but the film as a whole keeps us happy with slow-motion, topless shenanigans from men, women, and beasts alike.

No one who knows me will be the least bit surprised to find Kim Ki-duk’s quiet masterpiece on this list. No, not because it’s Korean, but because I’d include it on a list of sexy films regardless of the number in the title. The movie follows a silent young man who breaks into people’s empty homes for a place to sleep and shower, who fixes and cleans things while he’s there, and who one day discovers he’s not as alone as he thought. It’s a beautiful romance that finds its spark in furtive glances, loving looks, and the affection with which Kim watches these two shy souls connect with each other and without a single word. Silence hasn’t been this sexy since I was a teenager watching Skinemax on mute.

Rob Hunter lives in the long, sexy state of California.

Before his Comeback, Brendan Fraser Gave a Career-Best Performance in The Quiet American