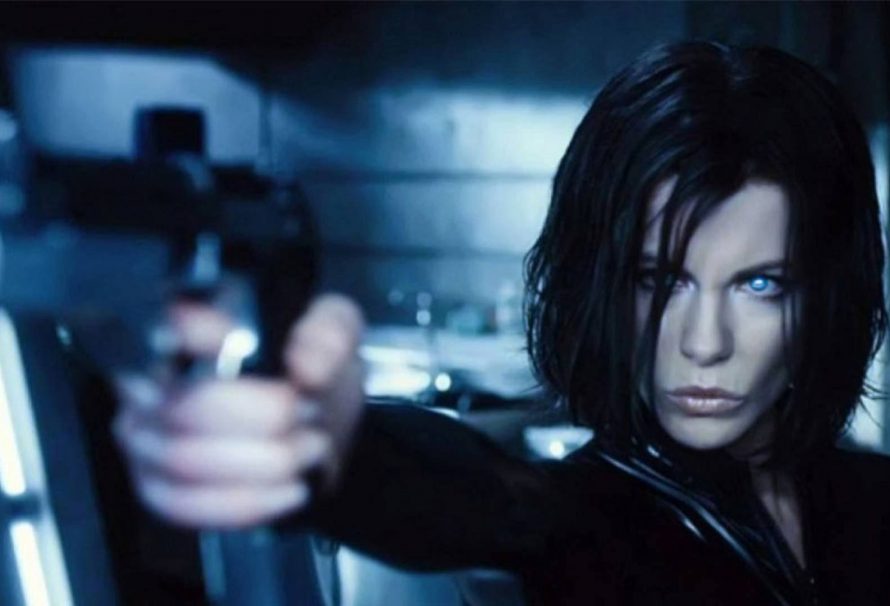 It’s a common problem. In fact, it happened to so many of you just last weekend. A quiet moment at a particularly raucous New Year’s Eve party created the perfect occasion for that familiar conversation.

“So we’re all in agreement that Rise of the Lycans is the worst Underworld movie, right?”

“I mean unless you care more about Sheen than Selene,” quips your aunt.

The resounding burst of laughter mercifully drowns the shameful groan that escapes your face because you, yes you, are the one person you know who doesn’t possess a functioning expertise of the Underworld franchise.

Fear not, ignorance of this magnitude need not be brought to light. We have compiled an overview of Underworld that will sharpen your knowledge and fangs regardless of which clan of supernatural beings you side with in this longstanding war. Not only will we break down the principal characters you’ll need to know and the important story bits, we’ll even suggest the perfect order in which to binge on this franchise.

Has night fallen? No? Is it at least kind of impossibly blue outside? Close enough, here we go!

The second film in the Underworld series — yes, this is the best place to start — begins with everyone’s favorite exposition delivery system: a scroll. Though criminally not narrated by James Earl Jones or John Larroquette, said scroll informs us that the first werewolf was created in the year 1202. We see a trio of vampire elders — Viktor, Markus Corvinus, and Amelia, who we’ll learn more about later, so drop a wooden pin in them for now — tracking the very first werewolf, William, who also happens to be Markus’ twin brother. He’s captured and locked up, much to Markus’ chagrin.

Got it? Good, now shut off the movie! We merely want you to observe this as the very beginning of the history of the vampire/werewolf kerfuffle. If you leave your disc playing any longer, you’ll get a lovely “Last Week on Underworld” montage that will promptly spoil the 2003 film.

The one you’re watching next, right? Wrong!

Yes, much like The Planet of the Apes franchise, the third film released in the Underworld series exists first chronologically. However, Rise of the Lycans also suffers from the Halloween III or Friday the 13th Part V conundrum of being absent its centerpiece character. Kate Beckinsale’s Selene hadn’t been born yet when this movie takes place, two decades after the creation of the first werewolf. In her place is Rhona Mitra as Sonja, the daughter of vampire overlord Viktor (Bill “British-As-All-Bloody-Hell” Nighy), who has made slaves of the lycans.

The advantage to watching Rise of the Lycans first (well, second, after you watch the Evolution prologue) is that it makes Beckinsale’s absence less jarring than if she headlined two films, went AWOL for a third, then returned for the remainder of the series.

Oh, and I guess you learn a little about why the werewolves and vampires are fighting. However, one wonders if the simple explanation “because it’s cool and who cares” wouldn’t have satisfied far better than “it’s apparently an idiotic mash-up of Shakespeare and Spartacus.”

Our furry little liberator in Rise of the Lycans is one Lucian, played by Michael Sheen. He is someone you’ll want to remember, as he is a major component of at least the next one and a half movies. Sheen falls for Sonja, they have an incredibly awkward sex scene, and he kickstarts the war on vampires when Viktor kills his and Sonja’s unborn child.

One other character of whom to take note is Raze (Kevin Grevioux), who is the most distinctive looking and sounding werewolf from the 2003 Underworld. It was something of a bonus getting to see his origins from human being to willingly-turned lycan. Also worth noting is the character Andreas Tannis (Steven Mackintosh). He assists Sonja and Lucian in exchange for Sonja’s seat on the vampire council. He will appear again later.

With the high-lace boots, nu-metal aesthetics, and genre fan pandering, you might erroneously believe you are watching a Hot Topic commercial, but rest assured this is the first (released) film in the Underworld franchise. It’s modern day (meaning it’s 2003, so not that modern now, but it was in 2003), and we’re told Lucian was killed 600 years prior, ending the war… in the same breath as we’re told the conflict did not die with Lucian. Get ready for a coffin full of inconsistency!

Here now, if you’ve taken our advice, is where you’ll first meet Selene (Beckinsale), the most badass of the death-dealers (which is a name given to vampires because “vampire” is apparently not Goth enough). Selene, whose parents were killed by lycans 600 years ago, is now the driving force behind the rest of our franchise viewing.  She crosses paths with Michael Corvin (Scott Speedman), who is at first pursued by lycans and, come to find out, is a rare hybrid man-thing who is half werewolf and half vampire. Lycanpire? Vampwolf? Bat Dog? Death-heeler? Whatever, he’s cool, and when he transforms he resembles what the Na’vi in Avatar would look like if they weren’t terrible.

Selene and Michael are the power couple of the series. Her refusal to kill Michael, along with her suspicion that Lucian is not really dead, draws the ire of vampire middle management (aka Kraven, aka actor Shane Brolly, aka why anyone trusts a person named Kraven is beyond me). Selene awakens Viktor, who was in hibernation until his turn to rule the coven. Amelia (Zita Gorog) is the current coven mother and Markus was next up to be woke up. You’ll remember these three characters from Evolution’s prologue. We specifically told you to remember them.

Turns out Selene is right, and Lucian is alive and conspiring with Kraven to take out the vampire leadership and establish a new hybrid lineage using the so-called Corvinus Strain. However, also come to find out it was not lycans who killed Selena’s family, but Viktor, who now wants to kill Michael to maintain the proper genetic separation between vamp and lycan. Selena, peeved at Viktor and sweet on Michael, slices the former’s head like a warm bagel.

Last we see, blood spilled at the vampire mansion has found its way into the sarcophagus of Markus (now the last remaining vampire elder). Take a giant blind guess as to where this is going.

Jumping past the previously viewed prologue, the remainder of Evolution takes place moments after 2003’s Underworld.

So now Selene and Michael are fugitives from both warring factions and must stop Kraven from killing Markus (Tony Curran). However, Markus, awakened at the end of Underworld, kills off Kraven (hooray) and goes after Selene. This is all being tracked by a mysterious rich white guy who sends in teams of mercenaries to clean up all the various sites of carnage from the 2003 film.

Apparently Selene’s father designed William’s prison all those years ago, and Viktor killed her family to keep the location a secret. Oh, and that old man hot on our hero’s and villain’s trail is in fact the elder Corvinus! Seriously, are we just out of sunlight shells and silver bullets or…?

Markus kills his father and vows to free William and rule the world. They are stopped in dramatic fashion by Selene and a previously-thought-dead Michael. Admittedly, the final showdowns in this installment are as delightful as they are brutal, and overall the “vampire weekend in the country” setting is a nice change of pace from the dreary urban rainfall of the 2003 entry. Selene does somehow become immune to sunlight at the end of the movie, which is as aggravating as that other franchise where vampires can do that for equally stupid reasons.

And now we come to the entire reason for engaging in this Underworld undertaking: Awakening.

Taking place six months after Evolution, Awakening opens with newscaster Betty Exposition explaining that the war between vampires and werewolves is now worldwide news and that the government has instituted extermination protocols for both supernatural entities.

Talk about a change of pace! So now instead of just fighting werewolves again, Selene finds herself taking on human soldiers. And my god, does she go to town on those poor saps! Suddenly we are treated to the horror side of the action-horror franchise this was always intended to be. She’s like Jason Voorhees in a catsuit, stabbing guys with their own guns and literally folding one poor bastard like the Oscar envelope Len Wiseman will never see! She also defenestrates an uncredited Wes Bentley, so that’s fun.

During the initial purge (that is indeed what it is called), Selene and Michael get water-bombed apart and she is captured and cryogenically frozen for experimentation in a lab. Upon awakening (titularly-speaking), she learns she’s been asleep for twelve years and nearly all the vampires and werewolves have been wiped out. There is, however, another experimental subject with whom she suddenly shares feelings and sight. She believes this to be Michael, but in fact it is a young girl named Eve. Ding dong, who’s at the door? Obvious daughter! Yup, Eve is in fact Michael and Selene’s daughter, who is also a hybrid.

Charles “I’ll Never Not Be A Lannister Again” Dance plays the last vampire elder, Thomas, whose son, David (Theo James), brings Selene and Eve to their coven, where they are attacked by a (no, we’re not kidding) Super Lycan who can’t be brought down by silver. In the chaos, Thomas gives Eve to the lycans so they’ll go away. Selene is aided by Detective Sebastian (Michael Ealy), whose wife was a vampire and told to investigate Antigen labs, run by Dr. Jacob Lane (Stephen Rea).

Did someone say secret werewolf laboratory? Because that’s what it is! Dr. Lane is a lycan who wants to use Eve’s DNA to perfect the werewolf race. The werescientists are also harvesting blood from Subject 0, who turns out to be Michael. Selene starts to thaw Michael, but when the final battle ends, he is gone. Selene and Eve must find Michael before the authorities do.

We haven’t seen it yet, so your guess is as good as ours.

Brian Salisbury is a friend to all supernatural races (except orcs — they know why).