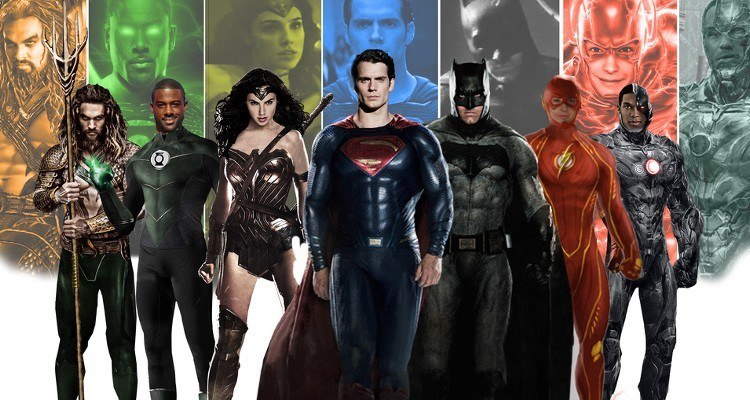 The DC Extended Universe has had a rocky start. Man of Steel divided fans, and Batman v Superman and Suicide Squad were largely disappointments. But Warner Bros. has a renewed sense of confidence after the success of Wonder Woman and the release of this weekend’s Justice League, and they’ve been announcing movies left and right to get fans excited about the future of this universe. Now, some have said that there’s no way most of these movies actually happen — but of course they will! You can’t just announce something and not follow through, right? Fans are getting ready to see a ton of movies based on their favorite characters! Movies like…

The Joker Origin Story, directed by Todd Phillips and produced by Martin Scorsese

We hope you like The Joker, because Warner Bros is planning not one, not two, but three potential movies featuring the character. Along with Suicide Squad 2 and Joker and Harley, WB is putting together Joker Origins from director Todd Phillips. Phillips made The Hangover (which has jokes in it) so he’s a perfect fit. Martin Scorsese takes on a producer role that will certainly be much more than just meeting with Phillips for brunch one time before production starts. And everyone universally agrees that The Joker’s origin story is the most interesting part of his character, so this sounds like a slam dunk.

The Adventures of Aqualad and Booster Gold, written and directed by Charlie Kaufman

DC has been attracting a lot of top-level talent for their upcoming slate, with the likes of James Wan, Joss Whedon, and Gareth Evans all working on different projects. Now, writer/director Charlie Kaufman (of Being John Malkovich, Eternal Sunshine of the Spotless Mind and Anomalisa) is putting his talents toward a bright, cheerful adventure starring those DC heavy hitters, Aqualad and Booster Gold. Sure, it sounds like the kind of project the protagonist of Synecdoche, NY might scoff at, but otherwise Kaufman’s just waiting around for funding for his next movie. And … yeah, that might take a while.

Released as 10 hour-long episodes that will air for two weeks on PBS in 2019, Cash and Corruption tells the complete story of Lex Luthor, from humble beginnings to maniacal supervillian and everything in between. Get ready for this to gain loads of critical acclaim and create controversy about whether it counts as a movie when it wins the Oscar for Best Documentary Feature.

Everyone’s favorite British butler is getting his own spinoff, which is set to answer the question on everyone’s mind: what did Alfred do BEFORE Batman came along? If you guessed “worked as a butler for another family until he got hired by the Waynes,” well … you’re right! Eddie Redmayne has been cast as a Young Alfred who starts a job as a butler while he puts himself through college, but we watch him start to gain a passion for the job, and the movie might just end with him taking a meeting with Thomas Wayne. Phil Lord and Chris Miller were hired to make the movie, but got replaced with Ron Howard halfway through filming.

You’re damn right we’re getting more Jonah Hex. The beloved DC character got an equally beloved movie adaptation in 2010, and then — nothing. Fans have been clamoring for a sequel for years, and DC is finally ready to deliver. Now, Josh Brolin is a little busy on the superhero front with Avengers: Infinity War and Deadpool 2, so he won’t be coming back. Luckily, Kevin Spacey has just signed on to star, and fans are— oh. Um, never mind, this isn’t happening anymore.

Yes, DC will certainly make a Cyborg movie. But they have a couple of conditions. First, you have to stop laughing at the idea of a Cyborg movie. Second, you have to see Justice League and then write a letter to your congressman expressing your love for your favorite character, Cyborg. Finally, you have to make it yourself (at your own expense) and send the finished product to Warner Bros. for them to release. If you can do all those things, THEN DC will finally get that Cyborg movie off the ground.