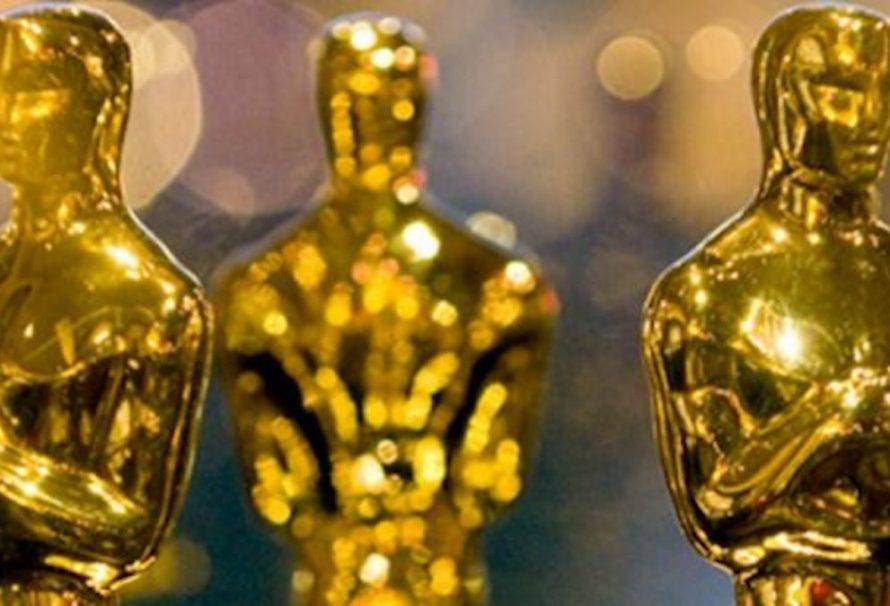 The first thing to understand about predicting the Oscars is that it’s impossible to do because the awards make no sense.

Maybe that’s unfair, though. Maybe a better way to say it would be that the Oscars do make sense, but that we—the moviegoing public—do not understand why.

The Academy Awards are bestowed annually by the Academy of Motion Picture Arts and Sciences and designed to honor the work of filmmakers, performers, artisans, and craftspeople from the previous year. That’s the one thing everyone can agree on.

After that, things tend to get confusing quickly, especially if you’re an average (or even above-average) film fan. For instance, you might be wondering who is in the Academy and voting on these awards. That is a good question, and the answer is: they will not tell you. While the Academy usually puts out a press release each year announcing the people it has just added to its ranks (they added 842 in 2019), there is no public record of the group’s total membership, neither in name nor number. It’s easy to guess a lot of the members—think of anyone who’s won an Oscar, or who would sit courtside at a Lakers game—but there’s no way to actually know who is voting on these things.

Nor, it turns out, is everyone in the Academy behind all those awards in the first place. For instance, everybody’s allowed to nominate a movie for Best Picture, but only members of the respective branches are allowed to submit nominations for that branch: that is, only actors can nominate actors, only composers can nominate composers, etc. However, in the final voting process, all members are allowed to vote in all categories.

About that voting, too. For every category but Best Picture, the winner is determined by popular vote. For Best Picture, though, the Academy—or rather, their accountants at PwC, who rest assured are now very closely monitored—use what’s called a “ranked ballot” or “preferential ballot.” In this system, the voting members rank their picks for Best Picture (this year there are nine nominees) in order from favorite to least favorite. If more than 50% of the No. 1 votes are for the same movie, then that’s the winner. That never happens, though. What actually happens is that the votes are sorted by movie, the movie with the fewest votes is eliminated, and then that eliminated movie’s votes are transferred to the movie in that ballot’s No. 2 spot. Then the whole process starts again, repeating until one of the movies gets more than 50% of the vote.

For example: say you’re an Oscar voter, and your No. 1 choice for Best Picture was Parasite, while your No. 2 choice was Ford v Ferrari. (You have eclectic tastes.) When the initial ballots are counted, Parasite is in last place. That knocks Parasite out of the running, and your vote for Best Picture goes to Ford v Ferrari. Everyone else who voted for Parasite also has their votes redistributed to their second-place picks.

You can probably see where this is going. The practical effect of all this is that the Best Picture winner isn’t most voters’ No. 1 choice, but in fact the second-, third-, or fourth-ranked choice for a majority of the voters. In other words, the system isn’t about rewarding the movie that people loved, but the one that the most people said was just OK. And also, while the other categories’ winners are selected by popular vote, their nominees are picked with this ranked-ballot system within each branch, based on the rules and guidelines that that branch sets up.

Plus the Academy’s own voting rules only occasionally specify that voters need to have actually seen the stuff they’re voting on. Based on the complete rules for the 2020 ceremony (retrieved from here just a few days ago), final voting for most awards is just “restricted to active and life Academy members,” no more qualification necessary. Only a handful of categories—currently Documentary Feature, Documentary Short, International Feature Film, Animated Short Film, and Live Action Short Film—stipulate that voting is only open to members who have viewed all of that category’s nominees. This is the only reason I can think of that explains why The Hollywood Reporter has been able to get so many voters to anonymously admit that they often do not watch all the nominees, though as you’ll see, that’s actually the least terrible thing they admit to.

Because aside from the logistics of the voting, there’s usually no telling why some members vote the way they do – but again, THR’s interview series has been frighteningly instructive. An Academy member last year voted for Regina King for Best Supporting Actress in If Beale Street Could Talk “because she’s been fabulous on TV for years.” One member in 2018 picked Gary Oldman for Best Actor, saying that his Darkest Hour performance “was so good that I don’t care if he hit his wife with a telephone.” And in 2014, a voter supported Matthew McConaughey for Best Actor not so much for Dallas Buyers Club but because they were “really won over by True Detective.”

This is the kind of thing that makes the U.S. Electoral College look sensible.

Ultimately, when you see someone get up to accept an Oscar, the odds are very high that they’re only winning—and that they were only even nominated in the first place—because they were able to drift to the middle of the pack, fly below the radar of the candidates at the extremes, and maybe have the good luck to be on a TV show that somebody liked. That’s it.

So what does this mean for Oscar predictions, which is ostensibly the topic of this piece?

It means that, in addition to already accepting that awards are not a testament to artistic success nor a promise of cultural longevity, it’s worth remembering that the Oscars are basically engineered to give the award to the least upsetting, safest, easiest choice in any given category. This isn’t just because the Academy membership skews older and whiter, though that’s of course a factor. It’s because the system is built to rock the boat as little as possible, to mollify as many of its members as it can, and to burnish the brand of the Academy as the global representative of Hollywood product. Any “predictions” that don’t start and end there might luck into being accurate, but they won’t be honest.

To that end, I’ve bolded my predictions and included my reasoning (well, “reasoning”) below. Some helpful/personal notes:

And now, on with the reckless guesswork:

If you had to design a fake Oscar-bait movie to reference in another movie, it would be 1917.

Joaquin Phoenix is both a gifted actor and demonstrably crackers, both of which count in his favor.

You didn’t see Judy, but your aunt did, and the Academy is your aunt.

It’s his first nomination in 19 years, everybody loves him, and he played the nicest man in history.

Florence Pugh is popular and about to be in 204 more movies.

This year feels like an easy situation for giving the Best Picture and Best Director awards to the same movie, even though Sam Mendes hasn’t made what could be called an enjoyable movie since 2009’s Away We Go.

Popular enough to be known, yet not as bland a choice as Disney.

Best Adapted Screenplay: when you want to give someone something nice, but not too nice.

Knives Out is a weird Oscar contender because it’s a fun movie that was a hit with both audiences and critics and also made money on an original idea, and every now and then the Academy throws these things a bone.

Roger Deakins is, no joke, one of the best at what he does. Plus he held the camera for the whole unbroken two-hour shot, which is hell on the knees.

Honestly, it feels like a coin toss between this and Parasite. Almodovar’s won before, too.

The Irishman is, I admit, not for everybody, but only Thelma Schoonmaker could make 3.5 hours move so swiftly.

A fun one to throw to Tarantino as a reward for his detail-oriented fetishism for stuff that you would probably not buy if you saw it at a garage sale.

Thomas Newman has been nominated 15 times and hasn’t won once, which is almost a record (I checked), so let him have a turn.

Because your kids are probably still listening to the first Frozen soundtrack.

The only award you can give to a story about Fox News without feeling gross.

Remember old dresses? This is what they looked like.

Although Endgame’s cinematography remains unmatched, a VFX statue is the best way to say “thank you for the $22 billion.”

So there you go, your genuinely haphazard Oscar predictions for the 2020 ceremony, which airs on ABC this Sunday, Feb. 9, at 8 p.m. ET. Just remember: no matter who wins, we’ll probably forget by next year anyway. Good luck!

A Degree of Madness: The Rise of the Crazed University Student

Puritanical to Perverse and Back Again

2021 in Review: How Warner Bros. Ruined its Year

Review: The Mitchells vs. the Machines

Classic Corner: To Be or Not To Be

Classic Corner: To Have and Have Not