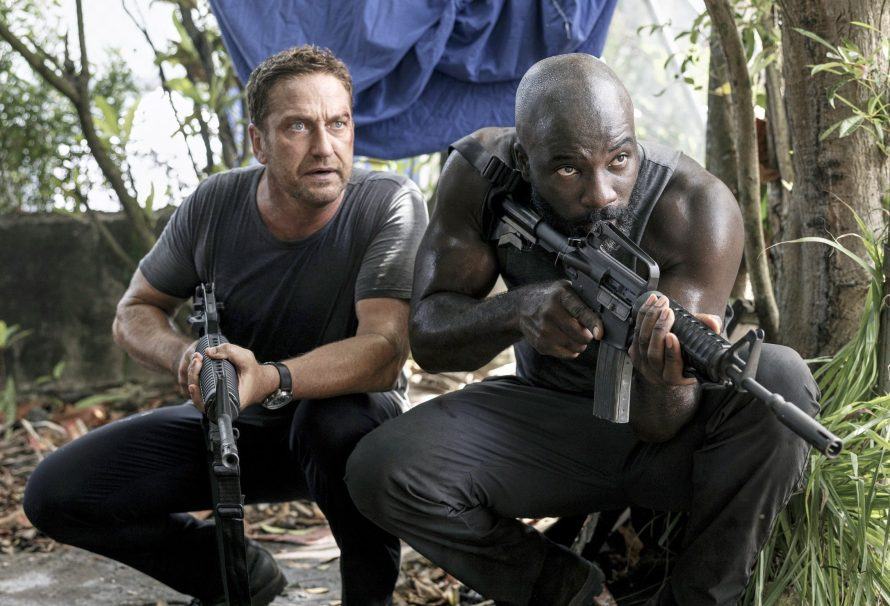 It’s only right that Gerard Butler is starring in a film called Plane. That title lets you know everything you need to, much like Geostorm or Butterfly on a Wheel. There’s no better film for a cold and empty January quite like an airplane disaster film starring Scotland’s third or fourth-finest as a totally believable pilot saving the day as shit goes down. The only thing that’ll make it better is if Butler tries to punch the plane.

Butler’s career has followed a fascinating trajectory since he started gaining traction as an actor in the early 2000s. He went from sex-symbol in training (and the world’s worst Phantom of the Opera) to uber-muscled action man to wonky rom-com leading man. Eventually, he settled into the subgenre of action-adventure-thrillers that can most admirably be referred to as schlock. If this were 35 years ago, he’d be Chuck Norris’s protégé. Nowadays, he’s a geezer teaser dude without the stench of Randall Emmett lingering on his sweat-ridden t-shirt.

With films like Geostorm, Greenland, and Den of Thieves under his belt, Butler is the king of the modern-day B-movie action frenzy. These are movies with stoic everyday heroes who inexplicably know how to kill anyone who even looks at them funny. The explosions are plentiful, the villains barely two-dimensional, and the expository science knowingly nonsensical. Butler is seldom Scottish in these movies but has committed to a Sean Connery-esque casualness with his accent work. You won’t ever find yourself confused or overwhelmed by the plot of a Butler movie, at least not on purpose. And at the heart of it all is Butler himself, torn between godlike competence and shambling confusion, the regular guy who can’t help but be the true hero. All that’s missing is a denim jacket with the sleeves torn off.

As franchise filmmaking continues to dominate the landscape, even our most shameless nostalgic throwbacks are forced into the narrow confines of the expanded universe style of cinema. It’s the same cinematographic palate of muted realism, the same muddled fight choreography, the same expansive CGI that has long stopped impressing jaded audiences. Much of this genre, even at its most fantastical, has been redefined in the most serious of terms. No laughing at the superheroes and their spandex. Bombast must be limited to curiously limited ambitions and be as impeccably polished as the family antique silver.

That’s not where Butler excels. His strengths lie in the rougher edges, the sloppier earnestness of a truly regular dude just trying to fight his way out of it all. There’s a stand-out moment in London Has Fallen where he stops to down a pint of water after declaring that he’s “thirsty as fuck.” Is it relevant to the plot? No, but there’s something painfully real and self-aware about Butler’s hydration break. He’s not an indestructible slab of abs. Really, he seems like he’s only barely holding on in many of his movies, sloppy but eager to be a hero.

It’s not as though Butler can’t act. He has more than a few strong dramatic performances under his belt, usually in films where he’s not asked to shed his thick Paisley accent. He’s stoic and appealing in the Scottish indie drama Dear Frankie, and appropriately troubled yet charming as one of a trio of doomed lighthouse workers in the underseen thriller The Vanishing. His zenith is a truly stellar turn in Ralph Fiennes’ Coriolanus as Tullus Aufidius, the commander of the Volscian Army (being great in one of Shakespeare’s trickiest plays yet failing at Andrew Lloyd Webber is like being mediocre at basic addition while getting an A in advanced algebra.)

When pushed, he makes fascinating choices. Even Den of Thieves, which still feels like Michael Mann fanfiction, demonstrates this through the sheer force of its old-school efficiency. The best example of this might be the criminally ignored Copshop, Joe Carnahan’s sleazy crime-action that wears its ‘70s influences proudly on its bloody sleeve. Butler plays a hit-man who fakes drunkenness to get locked in a cell alongside Frank Grillo (perhaps his most well-suited co-star) in a battle of tough guy madness. Butler has a ball as a true bastard halfway between Dirty Harry and a pantomime villain. He’s given enough scenery to chew on but knows when to pull back to revel in the pulp of this bloodthirsty fare. He’s the ideal muse for Carnahan’s oeuvre.

Many of the comments surrounding the recent release of Avatar: The Way of Water raised the concept of a cultural footprint. Does the sequel to the highest-grossing film of all time really need to linger with audiences as more than a piece of entertainment? Is a blockbuster a failure if it doesn’t spawn a shared universe, several theme park rides, and a cyclone of Scorsese discourse? In this exhausting web, Butler’s career feels like an outlier, a low-stakes throwback with no aspirations for anything other than a couple of hours of distraction every now and then. There is something to be said for good old-fashioned punch-and-blow-up entertainment, and a leading man who does not see the rulebook as a problem. That all sounds like an insult but it’s really not. I’ll take one Geostorm over a thousand Morbiuses any day.

Let’s Talk About the Insane Musical Moment in M3GAN

How Babe Snuck Radicalism into a Family Favorite