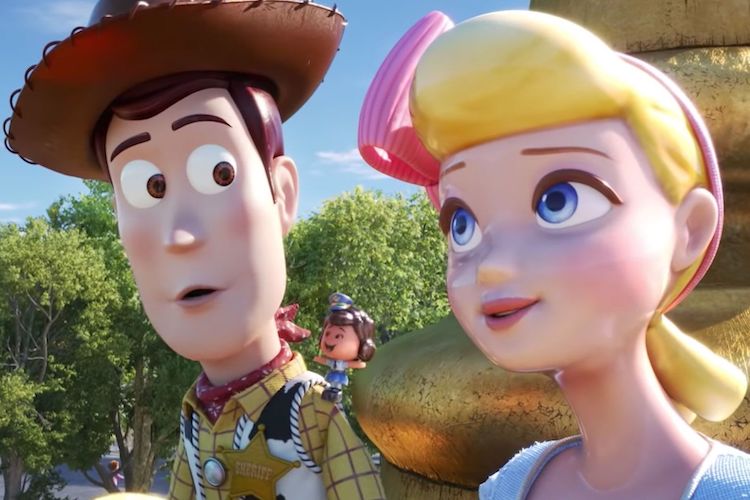 As someone who was born a handful of months before the first Toy Story came out, the hit franchise has always very clearly been about one thing: me.

Or at least, people like me: kids raised on the sheer optimism of Disney renaissance and peak Pixar slowly learning together what it means to grow up. Andy’s story was my story, my friends’ story, my little brother’s story, and I felt it in the deepest parts of my gut.

And then I saw Toy Story 4.

Toy Story 4 is not about me or the people I grew up with. Tracing complicated arcs about transition, self-actualization, and purpose, it tells the story of our parents, or any parent who has to reframe their identity after their children leave home.

And as the final beats of the movie played out, it wasn’t wholly unfamiliar. Woody suddenly reminded me of my mom, a widow, who has had to face that hard, world-altering transition alone.

Despite the nine-year gap between sequels, Toy Story 4 takes place not long after Toy Story 3, following Bonnie as she becomes attached to Forky, a craft-turned-toy who is learning for the first time what it means to belong to a child.

On a road trip with Bonnie and her parents, Woody reunites with Bo Peep, now taking on the world without a kid, and other characters, like Gabby Gabby, an antique doll trying to fix her forever-broken voice box so she can finally be played with. At the end, Woody does what he wouldn’t do a decade ago: He stays with Bo, closing his chapter as someone’s toy.

The franchise’s fourth installment was kicked off supposedly in secret a decade ago by Toy Story and Pixar veteran Andrew Stanton. Stanton’s kids had left home for college at the time, producer Jonas Rivera told Empire, and that loss was peppered throughout the story. You could feel Stanton’s experience on the page, producer Mark Nielsen said.

As Rivera noted, Toy Story 3 ended Andy’s story, but “the story of Toy Story is Woody.” What happens to Woody after Andy’s gone?

“What would happen if Woody did everything right, he survived it all, he landed on his feet with Bonnie?… Like, what do you do when you’ve done everything right and your life’s not over?” Rivera said. “You have to reinvent yourself. And that was kind of the crack in the nerve, like OK, how would Woody do that? That was interesting to us.”

As a devoted caregiver, Woody echoes the fears of parents throughout the series, especially in its sequels. He grapples with being replaced in the first one, his limited time with Andy in the second, and the end of that time in the third.

At the end of Toy Story 3, Woody’s final decision to help Andy let go of him, and to help him let go of Andy, even sparks from an exchange between Andy and his mom.

“It’s just, I wish I could always be with you,” Andy’s mom says after being struck by her son’s suddenly empty bedroom right before he leaves for college.

Toy Story 4 carries that theme a step further to highlight what its key characters now have in common: transition.

I don’t remember it being this hard

In the beginning of Toy Story 4, Woody walks down a road carrying Forky back to Bonnie, trying to explain what it feels like to care for a kid and then lose them.

“You watch them grow up and become a full person, and then they leave,” Woody says. “They’ll go off and do things you never see. Don’t get me wrong — you still feel good about it. But then somehow you find yourself after all those years sitting in a closet just feeling…”

I’ve never met someone who talks about purpose more than my mom. She’s not a passive or weak person — she thrives on adventuring and being around people. And for years, she did that as a part of a couple, and as a mom.

Five years ago, she lost her husband to cancer. For over a year, she’s lived alone in a house too big for her, her kids living hours away.

When she gets sad, she repeats herself — I miss when we lived together as a young family. I don’t feel like I’m needed. Who am I if I’m not my best friend’s wife or someone’s mom, the way I used to be?

Woody seems impacted by the loss of Andy more than the other toys in Toy Story 4. As the others get played with, he’s left behind. He used to bring comfort to Andy directly, and now he can only help Bonnie from the sidelines. He’s not in charge of the bedroom like he used to be. He’s not a caretaker like he used to be.

He’s built his identity on a relationship he’s lost, and now he doesn’t know what to do.

The idea that my mom thinks my brother and I don’t need her is patently ridiculous to me. Even hundreds of miles away, we wouldn’t last a day without her. But I know I don’t understand the full weight of what she and people like her go through every day.

Losing a spouse redefines your life, your financial security, your future, and your personal identity. It’s awkward to exist around coupled friends as a single person. It’s disheartening when others excuse your pain as temporary instead of persisting and earthshaking. It’s easy to descend into isolation. Widow blogs and listicles and support groups detail different tactics, but the goal is the same: find connection and move forward.

In Toy Story 4, Pixar personifies that fear in Bo. As a “lost toy,” she’s a living result of the anxieties of the first three Toy Storys. As director Josh Cooley told Screenrant, she’s “the thing that Woody has always been the most afraid of.”

In a movie full of characters experiencing transitions, Bo has largely already had hers, and, according to her voice actress, Annie Potts, she’s happy. She can go wherever she wants and she has positive relationships with other toys. She’s not alone, she’s free, and she knows who she is.

As Woody moves through the story, he helps Forky — a symbol himself of Bonnie’s transition to kindergarten — learn to live and love as Woody has. He helps Gabby Gabby move away from hinging her worth on one relationship, ultimately inspiring her to adapt, take risks, and lean into hope.

So by the end, when Woody feels like he’s walking away from a life that’s right for him, he’s capable of doing something he hasn’t done in years: He chooses to live for himself. I hope more than anything that my mom and people struggling with similar feelings will be able to do the same.

Before Woody decides to stay, Buzz gives him reassurance — permission to leave. Afterwards, his friends surround him, hugging, laughing, and happy for him. I’m not sure everyone is lucky enough to have that level of support, or a person like Bo who can pull you into a new life and remind you who you are.

I hope Toy Story 4 inspires people who feel trapped or without purpose. In the meantime, I think we can all do what Woody’s friends did for him: listen.