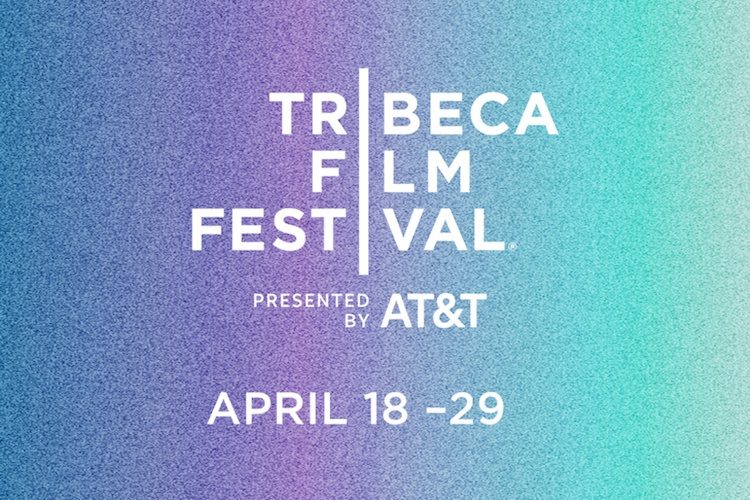 In The Great Pretender, Mona (Maëlle Poesy-Guichard) insists that her autobiographical play is honest but her ex-boyfriend (Linas Phillips) says it’s “confessional.” “Is there a difference?” she asks. “Yeah, honesty is hard,” Nick replies, vocalizing a standout theme in the 2018 Tribeca Film Festival slate. This year, there are several portraits of female artists — comedians, singers, directors, and more — that explore the blurred lines between on- and offstage life, what it means to be a woman pursuing her craft, and how that craft can distort or expose the truth.

Nathan Silver’s The Great Pretender follows a love quadrangle between self-absorbed twentysomething artists who can’t separate reality from fiction. Mona is a dedicated writer and director exorcising her post-breakup demons through a play based on her life. The actor who plays her ex-boyfriend (Keith Poulson) accuses her of being self-indulgent because “public writing about yourself is just crying.” Chris is a passive-aggressive Nice Guy™ who can’t stop performing even when he’s offstage. For instance, he plans to put on his “puppy dog face” when he tells Thérèse (Esther Garrel) — the actress who plays Mona — that he has gonorrhea. While Chris sleeps with both Mona and Thérèse despite his STD, Mona’s ex-boyfriend Nick wants to have sex with Thérèse to see if she lives up to her role as Mona in bed. All Mona wants to do is write the happy ending that she and Nick deserve. “I thought if I could make my life a story worth telling, I could make a life worth living as well,” she declares as the curtain falls. Besides the wry script from writer Jack Dunphy, The Great Pretender is notable for its beguiling Altman-esque cinematography. In one scene, Chris and Mona share drinks framed in a kaleidoscopic effect dotted with ambient rainbow lights.

Director Fabien Constant also draws from cinematic influences in Blue Night, a reimagining of Agnès Varda’s Cleo from 5 to 7 about a day in the life of a famous lounge singer named Vivienne (Sarah Jessica Parker in one of her best performances) after she’s diagnosed with a severe brain tumor that leaves her with 14 months to live. The first question Vivienne asks her doctor is whether or not she will still be able to sing. Although performing means the world to Vivienne, her diagnosis confronts her with the reality that her career has made her miss the majority of her daughter’s life. Because of Vivenne’s unstable and hectic touring schedule, Lucie (Gus Birney) lives with her father (Simon Baker). Vivienne begins to regret prioritizing her art over motherhood.

Writer Laura Eason imbues every minute interaction with a devastating subtext as the knowledge of Vivenne’s waning mortality looms over her. During an interview commemorating the 25th anniversary of one of her albums, she can only reflect on what she hasn’t achieved, like playing Carnegie Hall. “I’m not done yet” she declares, trying to convince herself more than the reporter. Later she runs into a bubbly old friend Tessa (a surprise cameo by the lovely Renee Zellweger) celebrating her birthday. As a mother to three children, Tessa regrets not being able to chase her career aspirations. “There’s still time,” she assures herself. Vivienne bristles at this line because, of course, she has no time and likely only one last birthday.

Fabien exquisitely conveys that dismal feeling of being alone in a crowd — which is all too easy to feel in New York City — as Vivienne watches lovers kissing, children playing, and businessmen bustling around her in slow-motion close-ups. There is a heartbreaking quality to Sarah Jessica Parker’s breathy, honeyed vocals in her performance of Rufus Wainwright’s “Unfollow the Rules.” Vivienne uses the song to express her internal strife. The allusion to Hercules and the lyric “I will be feeling the pain” suggests that Vivienne fears having to suffer the rapid strength of her illness. She is lit in a gorgeous soft blue that brings the film’s title to life and matches Parker’s ocean-colored eyes.

Another powerhouse female performance can be seen in Eva Vives’ bittersweet dramedy All About Nina. Mary Elizabeth Winstead stars as the wild and self-destructive comedian Nina Geld, whose crass and irate routines revolve around her drunken sexcapades and erratic menstrual cycles. She loves stand-up because it is unambiguous and gives her a sense of control over her chaotic life; she knows whether or not a joke lands and she directs the effect her art has on others by making them laugh. This is juxtaposed with the messiness and unpredictability of her unstable personal relationships. Offstage, Nina partakes in therapy and dates a physically abusive, married cop. When she travels to Los Angeles to audition for a spot on a Saturday Night Live-esque show, she meets a sweet, soft-spoken contractor named Rafe who admires the candor of her performances. Nina insists that her onstage self is merely a persona, so that doesn’t mean she will sleep with him so easily. But Rafe genuinely wants to get to know her and the pair eventually fall for one another. The vulnerable intimacy they share triggers a panic attack in Nina because she is only used to no-strings sex or abusive relationships. During the film’s raw climax, Nina exposes her soul and the deep wounds that lie beneath her tough girl façade. The revelation of the secret burdens she’s carried is jaw-dropping and puts the entire film in perspective. Vives’ Raging Bull reference in the final scene is the perfect way to cap off a story about an artist who pummels through her darkest moments and comes out on top.

Jellyfish features a similar climax in which a comedian uses her routine to expose her secrets. Like Nina, 15-year-old Sarah Taylor is a tough girl who lives a hard life. Her drama teacher notices the quick, fiery wit in her venomous comebacks to the popular kids and encourages her to pursue stand-up comedy for her semester showcase performance. But he is not her savior, and James Gardner’s Jellyfish is in no way a typical inspirational drama. While we occasionally see her writing sketches in her notebook or watching footage of Scottish comedian Frankie Boyle, Sarah’s life is completely consumed by raising her siblings and struggling to pay the bills. The amusement park and arcade where she works seems to mock her as she encounters happy families who have the luxury of spending their money on pleasure and not scrounging for every penny. During breaks, she earns extra cash giving old men hand jobs in the back alley beside the dumpsters.

When not falling asleep in the middle of dinner on top of her plate of pasta, Sarah’s mentally ill mother violently volleys between tenderness and callousness. At one point, she sneers at Sarah’s stand-up dreams: “What have you got to tell jokes about?” This line reminded me of comedians such as Tiffany Haddish, who grew up in foster care, and Robin Williams, who dealt with depression. There is some truth to the stereotype that comedians come from difficult backgrounds and use their humor to buffer their internal pain. Since Sarah’s teacher emphasizes the importance of being connected to and fully inhabiting your art, her material turns her tragic circumstances into something funny before devolving into a shocking confessional of the grim events that unfolded as she tried to keep her family afloat. James Gardner’s harsh kitchen-sink realist drama examines that thin line between tragedy and humor.