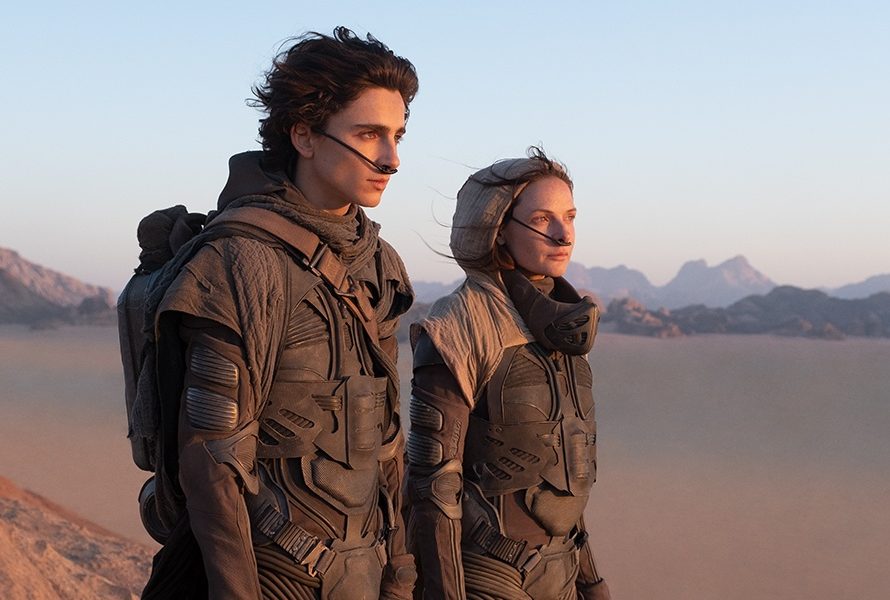 “Unprecedented times.” (I’m getting it out of the way like an Alfred Hitchcock cameo right at the beginning so we can move on, because honestly, this has been going on for a while now and I think we all know the score.) TIFF is weird this year, and there was no possible way it was ever not going to be weird. We’ve come far enough in the pandemic that we think we know how to act, only to have that all up-ended, like when you get one sunny day in the middle of February and pack away your coat, thinking that winter is over.

In a rare burst of optimism, I booked an AirBnB for the Toronto International Film Festival way back in April. I didn’t know if the border would be open to Americans, or if the festival would take place, but I was vaccinated, so I figured, “Why not?” I watched things get better and then much, much worse, and as September rolled around, the reality of TIFF loomed large on the horizon. With some trepidation, I got my PCR test in Boston, drove the nine hours to Toronto (stopping, of course, in my hometown of Buffalo to say hi to my parents — ever the dutiful daughter), and settled in with absolutely no idea what to expect.

And honestly? It was unbelievably, surprisingly very OK. Some of the energy of the famed “People’s Festival” was understandably muted, and getting tickets was a little more complicated than it had been in the past, but in all the ways that mattered, it was the closest thing to a normal film festival that anyone could really hope for.

Since I was on the ground in Toronto, I set my sights on the films that were only available to be screened in person, beginning with A Hero on my very first day at the festival. The latest from Iranian filmmaker Asghar Farhadi (A Separation, The Salesman), it stars Amir Jadidi as a calligrapher imprisoned for a substantial outstanding debt. When he comes into a significant amount of money in the form of a satchel filled with seventeen gold coins, he makes the choice to search for the owner rather than using the money to pay off some of his debt. His seemingly altruistic gesture garners media attention and has him framed as a hero, but everyone is eager to read ulterior motives into his actions.

Farhadi brings his trademark sense of ambiguity, wrongfooting the audience at every turn and encouraging us to weigh each new piece of information in our appraisal of the characters’ respective morality. But at the same time, it shines a light on the counterproductive practice of the debtors’ prison. A repeated visual motif is the endless climbing of stairs, representing the seemingly impossible task of paying off debts. Without his freedom, he can’t work, and without an income, he stands no chance of clawing himself out of an intimidating financial hole. Although it doesn’t quite reach the heights of some of his previous work, A Hero is nonetheless nuanced and well-acted, with an impressive turn from Jadidi in the lead role.

I then transitioned to Last Night in Soho, directed by Edgar Wright and starring Anya Taylor-Joy, Thomasin McKenzie, and Matt Smith. This was one of the films that I was most eager to see, thanks to a fantastic trailer that, after a year of watching a backlog of big budget action films clumsily pushed into theaters, made me excited at the prospect of going back to the cinema. McKenzie plays Eloise, a young aspiring fashion designer studying in London when she begins to experience visions of a mysterious actress (Taylor-Joy) from the 1960s. The more time she spends indulging in these dreams, the deeper her obsession grows, until the lines between their two worlds become so blurred that Eloise is powerless to extract herself. Wright succeeds in creating an impeccably eerie atmosphere, with lush and gorgeously detailed set and costume design. Disappointingly, though, its third act fails to live up to the promise of its concept, with inconsistent internal logic and frustratingly repetitive imagery. The performances and aesthetics of Last Night in Soho make it good, but its lack of a convincing and satisfying conclusion prevents it from being great.

The morning after Last Night in Soho, I headed over to a screening of what was considered the hottest ticket of the festival, the movie that had sci-fi nerds across Canada scrambling to get a seat: Dune. I’ll be the first to admit that the popularity of Dune, both the novel and the 1984 David Lynch film, has mystified me for quite some time. There’s just a lot (maybe too much?) going on, some of which doesn’t translate particularly well to film, and the parts that do are so massive in scope that they’re difficult to bring to life. To oversimplify things, Paul Atreides (Timothee Chalamet) is the son of a duke (Oscar Isaac) who has inherited control of the incredibly valuable spice trade on the planet of Arrakis. As his father contends with the efforts of his enemies to usurp him, Paul struggles with his own destiny, both as a key member of a ranking galactic family, and as the much-prophesied figure who will change the world.

Despite the complexity and even incomprehensibility of the source material, Denis Villeneuve ambitiously constructs a version of Dune that feels not just coherent, but genuinely engaging. Although it is hampered by the fact that this is just the first part in a longer work (the future of which is still up in the air, whatever assurances HBO Max and Warner Brothers may provide), Dune is suitably epic, with dynamic and interestingly designed interstellar landscapes to draw the eye, and the perfectly cast performances of Chalamet and Zendaya to provide heart within a story that often relies on intellect, philosophy, and spirituality rather than emotion.

My very last film of the fest was Spencer, which received rave reviews out of Venice and Telluride before premiering at TIFF. It stars Kristen Stewart in the role of Diana, Princess of Wales, during Christmas at Sandringham Castle immediately after learning of Prince Charles’ infidelity. Stewart is well cast, bringing a tremendous vulnerability to the famously tragic princess and evoking the image of a delicate bird trapped in a cage.

But aside from Stewart’s performance, which will undoubtedly propel her to an Oscar nomination, the star of the show is Jonny Greenwood’s entrancing score (this would be his second film at TIFF this year, after  Jane Campion’s The Power of the Dog.) He creates an unhinged combination of jazz and strings to bring to life both Diana’s temperamental nature as well as the oppressiveness of the royal family. Eschewing a traditional biopic narrative for something a bit more moody and experimental, director Pablo Larraín brings something new to the well-trod territory of Princess Diana and her fractured relationship with the royal family.

TIFF was noticeably quieter than usual, in terms of the number of world premieres (thanks to their position following Venice and Telluride, as well as their decision to do a hybrid model this year, many of the most-anticipated films of the fall season were scooped by other festivals) and the lack of star presence in Toronto, with fewer actors turning up to promote their films. But despite these shortcomings (which  led some to question if TIFF is losing any of its cache as a prestigious fall festival and launching pad for Oscar season), there were plenty of high-quality films that will likely make an impact with casual viewers and awards prognosticators alike. And most importantly, it has allowed a note of optimism into the film conversation: after a long and deeply depressing lull at the cinema, the fall festival season stands as proof that there are genuinely great movies to look forward to in the coming months.