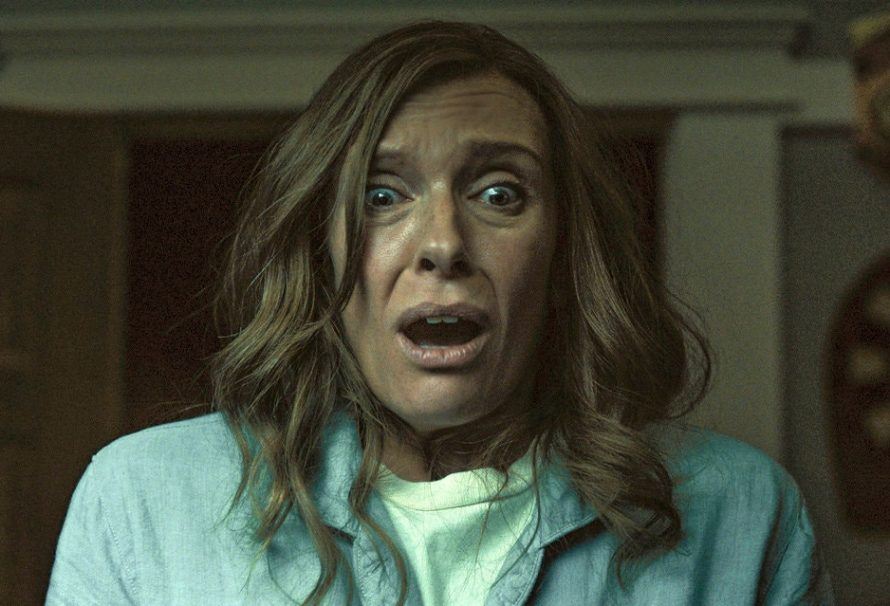 Director Ari Aster’s goal with Hereditary wasn’t to make a horror film – it’s a family drama, first and foremost, portraying one family’s tragedies, one after another, via known horror tropes. The results are even more frightening than the conventional horror effort. Annie Graham (a phenomenal Toni Collette) is the essence of the film, allowing the viewer to see Annie as an artist, a wife, a woman, and most of all, a mother to Peter (Alex Wolff) and Charlie (Milly Shapiro). Motherhood is the key subject of Hereditary.

But the bond between a mother and a son quickly ends with a gruesome car accident, in which Charlie is decapitated. The loss of Charlie utterly destroys Peter and depresses Annie and her husband (Gabriel Byrne). The tension between a mother and a son escalates to the point of hatred. In one scene, a sleepwalking Annie sees ants crawling all over her son. The boy wakes up, startled by her standing at the foot of his bed. I never wanted to be your mother, Anne confesses, then covers her mouth. But she cannot take the dark truth back. The woman absolutely despises her son.

Instead of grieving with her family, Annie tries to come to terms with the loss alone. The character goes as far as reaching out to the occult to bring Charlie back. His mother’s obsession makes Peter feel abandoned. The apogee of her frustration arrives in a highly emotional monologue during a family dinner, in which she throws light on her feelings about her son: Well, now your sister is dead. And I know you miss her, and I know it was an accident, and I know you’re in pain. (…) I wish I could shield you from the knowledge that you did what you did, but your sister is dead! (…) And what a waste. If it could have maybe brought us together or something. If you could have just said, “I’m sorry,” or faced up to what happened. (…) But you can’t take responsibility for anything! So now I can’t accept, and I can’t forgive, because nobody admits anything they’ve done!

The acting and staging of this pivotal scene are striking: Collette’s facial expressions, Alex Wollf’s terrified posture, Gabriel Byrne’s neutral position – all paint the picture of a family destroyed by despair, grief, and hatred. In fact, the family dynamic is anxious from the beginning. The typical horror connoisseur will see Charlie as a cursed child, the next Reagan MacNeil – and that’s where Ari Aster tricks us. After the death of Charlie, nobody knows what to expect, least of all the viewer. The atmosphere in Graham home darkens. Annie starts to hate Peter, and in reciprocity. His father, on the other hand, attempts to keep more of a healthy, civil bond with his son. The man seems to be the sanest family member. That, sadly, doesn’t save him from his destiny.

Annie is not only a mother – she was also a daughter. Her mother Ellen (Kathleen Chalfant), who passes away at the beginning of Hereditary, clearly wasn’t the greatest. She’s painted as a very secretive and private woman, with “private rituals, private friends, private anxieties.” Why was she such an isolated person? It could be a simple hatred towards her child, similar to Annie’s feelings towards Peter. Through that isolation and its impact on her daughter, Aster illustrates the ugliness of motherhood, the dark side that no one dares to talk about. But both Ellen and Annie present that hatred to their children and families. A woman who’s a good mother would never admit something so dark – and that’s where Aster steps in, displaying this taboo matter that is very present, but not discussed.

Aster designed characters who are all unique, with individual approaches to trauma. He wanted the audience to relate to his characters, and get to know them, before the unexpected happens. The director doesn’t rely on jump scares. Instead, he creates an atmosphere of true horror via Annie’s failings as a mother. Any horror film can possess supernatural terror and elements of witchcraft. But every one of us has a mother; some of us are one. And thus, Aster’s film stands out as a real-life horror. And that’s Hereditary’s fright.

Me Too, Electric Boogaloo: How Cheap Filmmaking Becomes a Breeding Ground for Abuse

In Praise of Ninotchka, Gateway to Garbo and Lubitsch