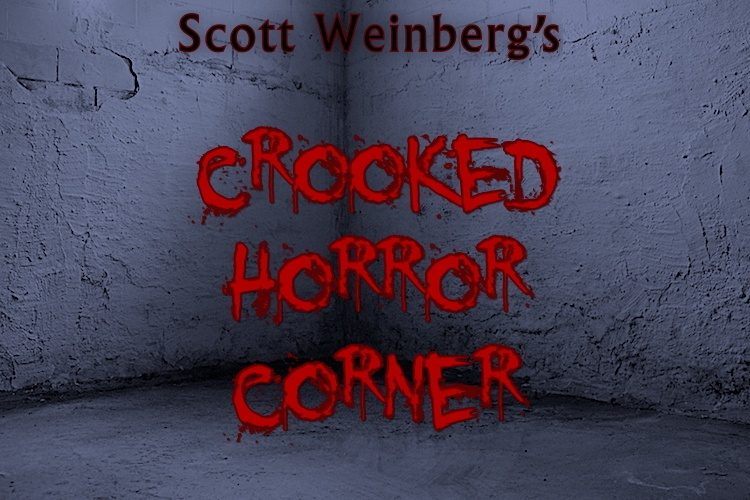 My friend Eric “Dee” Snider once asked me, “Hey Scott, you’re erudite and learned in the realm of horror cinema, so why not tell me what’s going on lately with your very favorite genre?” So instead of answering him I just hung up the phone and started writing. And the plan is to write something about what’s going on in horror cinema — that’s theatrical, DVD, streaming, and everything — every few weeks, which means I’ll never have to actually speak to Eric again.

To kick things off, let’s just say this: 2018 has been a pretty solid year for horror fans so far. But what has the genre done for us lately?

Unfriended: Dark Web — This semi-sequel to the surprisingly clever techno-thriller Unfriended has no narrative connection to its predecessor, but it does share the same visual gimmick: the entire movie takes place on someone’s computer monitor. In this case the computer is stolen goods, which leads to all sorts of elaborately creepy murders that somehow connect to (you guessed it) the “dark web.” It’s basically an old-school slasher movie with an internet upgrade but it’s also a bit cleverer than lots of horror sequels these days. (In theaters)

The Devil’s Doorway — A skeptical priest travels to an isolated “women’s home” that’s run by the church, only to discover all sorts of unpleasant goings-on, some of which are related to the harrowing living conditions, and others that could certainly qualify as supernatural. This Irish import is a low-budget, black-and-white period piece, so if any of that turns you off, fair warning. But then you’d be missing one of the best found-footage horror flicks of the past few years. (In theaters and VOD)

Extinction — Michael Peña and Lizzy Caplan play a couple who are desperate to keep their kids safe when their city is invaded by mysterious (and very violent) aliens. The set-up is pretty basic (especially to anyone who has seen movies like Independence Day, Skyline, Battle Los Angeles, and countless others) but there are a few nifty surprises scattered about, and the leads do fine work as a pair of frantic yet resourceful parents. Only the second feature for director Ben Young, whose stark and brutally suspenseful Hounds of Love is certainly worthy of a look. (Netflix)

Ghost Stories — Everyone loves a good horror anthology, right? Hell, lots of people (like me) even like the bad ones! This twisted British import, which is based on an exceedingly popular stage play, not only delivers a fistful of eerie tales but it also does so in quick, amusing, and ironically satisfying fashion. Andy Nyman (also the co-writer/co-director) stars as a professional skeptic who is compelled to seek out three particularly disturbed storytellers to see if he can’t uncover something supernatural. Let’s just say he does. (VOD)

In the Mouth of Madness — This underrated 1994 chiller doesn’t rank among John Carpenter’s very best, but if you’re focusing on the mid-section of the man’s body of work, this one ranks pretty high. It’s sort of a cross between Lovecraft and King (with a little Clive Barker for seasoning) that focuses on an investigator (the awesome Sam Neill) who is tasked with locating an infamous novelist whose latest tome is (literally) driving people insane. Again, not exactly on the same level as Halloween or The Thing, but then again very few horror films are. Plus this new Scream Factory Blu-ray release boasts all sorts of new commentaries, interviews, and random little goodies. (Blu-ray)

And if you’re in the mood for one massive marathon, head on over to Shudder and check out all 13 episodes of Joe Bob Briggs’ The Last Drive-In. Not only can you sink your teeth into B-movie horror favorites like Basket Case, Hellraiser, Re-Animator, Sleepaway Camp, Demons, and Pieces, but each movie comes complete with several segments of patented Joe Bob commentary. Which is sort of laid-back film criticism combined with a stand-up comedy show. Only Joe Bob is sitting down.