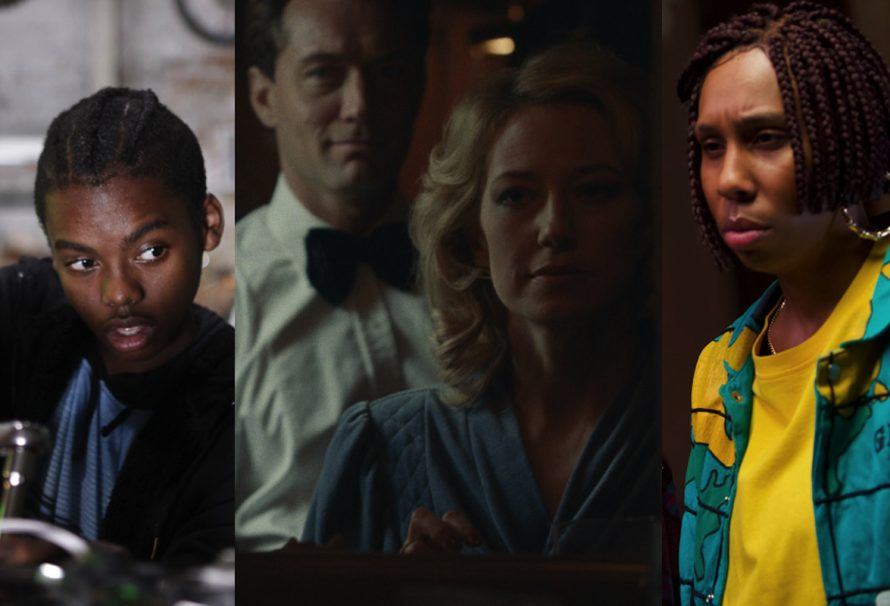 After approximately 77 days of hyperventilating Twitter reaction reviews and 76 days of people complaining about hyperventilating Twitter reaction reviews, the 2020 Sundance Film Festival has drawn to a close. You, the Crooked Marquee reader, are of course well-versed in the festival’s offerings, thanks to Eric D. Snider’s exhaustive festival diary and Bill Bria’s insightful reviews, so it will come as no surprise to hear that Minari won both the U.S. Grand Jury Prize: Dramatic and the Audience Award: U.S. Dramatic, since it was Eric’s favorite movie of the festival, or that Boys State won the U.S. Grand Jury Prize: Documentary, since he dug that one too. And the new all-time festival record sale of $17,500,000.69 of Palm Springs seems, well, risky (have these people never heard of Happy, Texas?), but since Bill called it a “delight,” who knows, maybe they’ll make that money back; ditto A24, which put up big cash for Miranda July’s Kajillionaire, which Bill also liked a lot.

This writer (and your new Editor in Chief – hello!) was also up in Park City, and I managed to see exactly none of those films; whatever the opposite is of a good nose for festival breakouts, well, I’ve got it. But I did take in a few additional Sundance movies of note. Hulu ponied up $8 million for Bad Hair, the new feature from Dear White People writer/director Justin Simien, all of which makes me wish I could tell you it’s great. And it is, to be clear, a clever premise well-executed: set in 1989 (appropriately enough, the year after Spike Lee’s School Daze and its notorious “Straight n Nappy” musical number), it tells the story of an African-American woman (Elle Loraine, very good) who rises through the ranks of a BET-style cable network by burying her natural hair in a weave that turns out, wouldn’t you know it, to be possessed by an evil force. (I mean, we’ve all been there.)

Simien beautifully recreates the sound of that period’s R&B music, and the look of its videos – and the film itself recalls the low-budget black horror pictures of the period (the aesthetic of Def by Temptation leaps to mind). But it’s messy and awkwardly paced and, most distressingly, not terribly funny. It could be a question of the timing; Dear White People is a trenchant enough satire to make you wish Simien were aiming at more contemporary targets. But as Bad Hair creeps through its languid 115 minutes, in spite of the hope that the filmmaker will pull his disparate elements and tones together, it spins further out of control. It’s clear by the end that he was hoping to make something less like Dear White People than Get Out, but that’s a good deal harder than it looks.

Greater pleasures are offered by Charm City Kings, Angel Manuel Soto’s coming-of-age story, set in the world of Baltimore’s motorcycle subculture. Like any good chronicle of a scene, it’s full of fascinating slang (“dut bikes,” “pedal bikes,” “hit 12”) and rituals (the scene is mostly organized around The Ride: “Every Sunday in the summer, everybody with a bike show out”), and those details help distract from the surplus of familiar elements: a Bronx Tale-style dueling father-figure dynamic, a friends-pull-a-robbery turn straight out of Juice, and the usual familial conlicts.

The recycling here is pretty unapologetic, but it’s still effective, thanks in no small part to a battery of excellent performances – especially Jahi Di’Allo Winston in the leading role, William Catlett and Meek Mill (!) as the father figures, and Chandler DuPont as his summer crush. Their romance is charming and sweet, and when she kisses him on the cheek for the first time, his giant, genuine smile is the kind of human moment you’re lucky to find once in a season of studio movies. (Charm City Kings is out in April from Sony Pictures Classics.)

Charm City also offers up a rare portrait of a genuinely working-class family – mom with two jobs, kids in uncomfortably close quarters, etc. – which is a striking contrast to The Nest, one of the best narrative films of the festival. Initially, at least, the family led by Rory (Jude Law) and Allison (Carrie Coon), seems wildly affluent, with kids in the best schools and a pool in the backyard. But Rory is an impulsive, pie-in-the-sky type, more concerned with perceptions that what it takes to maintain them, and The Nest is, in effect, the story of the slow-motion implosion that results.

The director is Sean Durkin, back in the director’s chair after a long absence following the success of Martha Marcy May Marlene. The films are markedly different in subject matter, but the tone – a dread-filled build to emotional violence – remains, and if anything, it’s even more agonizing. There’s real patience in his filmmaking, and real control, and more than that I should not say. But let it be noted that Coon is astonishing; it’s a performance full of memorable (and memeable) moments, but I was most haunted by what she does with her face while listening politely as her husband’s boss outs him as a liar. That scene is what great film acting is all about.

There’s another kind of Great Acting – or, more accurately, Most Acting – happening in Surge, which is best summarized as Ben Whishaw Shoots His Joker Shot. This film is better than that one, to be clear, particularly in it first half; like Durkin, director Aneil Karia shows a real gift for summoning up unsettling feelings in “normal” interactions (it features the grimmest birthday dinner I’ve ever seen), and a scene of Whishaw furiously stabbing holes in the plastic of his TV dinner is a more effective gesture of impotent white male rage than anything Phillips can conjure up.

Our hero comes to a boiling point via a mini-drama of modern frustration, as he’s stymied in his attempt to buy a $5 cable, which leads to him robbing a bank. (The entire scene is played, I am sad to report, in a single, unbroken shot.) The crime gives him a jolt of power and confidence, so he commits more of them, mostly for the sheer manic high of doing it. That all sounds compelling, but Surge ends up spinning its wheels in the back half or so, never really amounting to much more than a free-form exploration of inexplicable behavior – and of Whishaw’s performance, which degenerates from a keenly-observed dramatization of painful shyness to a catalog of tics and affectations.

For a more nuanced and thoughtful snapshot of the criminal mind, seek out The Painter and the Thief, Benjamin Ree’s documentary story of a Czech artist who seeks out the man who stole two of her pieces from a gallery in Oslo. “I’d love to make a portrait of you,” she announces, and a peculiar friendship develops; she learns more about him and his past, and (in a clever structural maneuver), at a certain point, he takes over the film’s point-of-view. It’s a strange dynamic but a thrilling and unpredictable film, the kind of “stranger than fiction” storytelling that makes for the finest documentaries.

But the most talked-about documentary of Sundance was On the Record, a new exposé of sexual abuse and power from directors Kirby Dick and Amy Ziering, who’ve made a specialty of this subject (their previous films include The Hunting Ground and the Oscar-nominated The Invisible War). But much of the chatter for this one came in advance, when executive producer Oprah Winfrey pulled out of the film (and took producing partner Apple with her) mere days before its Sundance bow.

She was reportedly pressured by its subject, hip-hop mogul Russell Simmons, and it’s not hard to see why: the film is a devastating account of decades of sexual assault allegations against the Def Jam head, from co-workers and industry figures – chief among them Drew Dixon, a Def Jam exec. Dick and Ziering are telling a sticky story here, of #MeToo and the dearth of black women included in it (“Who we decide to listen to is totally predicated on who we think is valuable in America”), as well as the compromises a woman is asked to make when doing her job in a misogynist industry (and one in which misogyny is often a component of the very product they’re selling).

On the Record has prompted plenty of questions, and will surely provoke more when (if?) it screens outside of Park City. But it’s a rare to see an off-screen controversy that speaks so directly to the thorny questions presented on-screen. And the film itself is moving, powerful, and frequently infuriating.