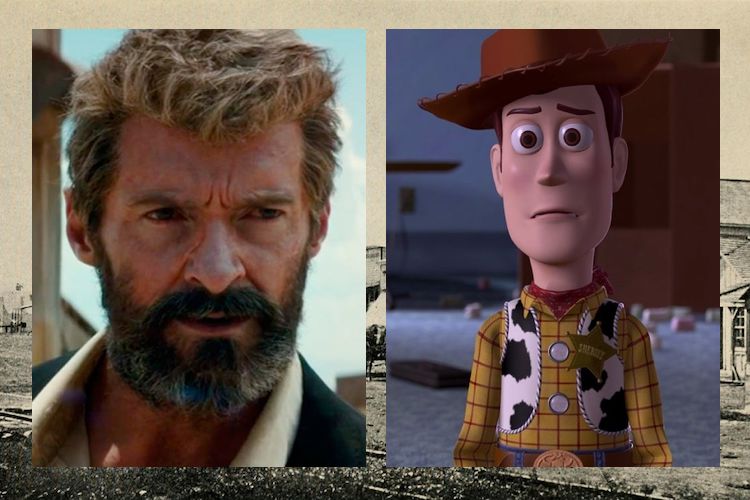 We didn’t need another X-Men movie. Ever since the raucous pastiche of the original Deadpool and the bloated, redundant X-Men: Apocalypse, it seemed clear that Fox’s mutant movies had run their course. But that didn’t stop another from stumbling into theaters a few weeks ago with the disastrous Dark Phoenix, a film that instantly wore out its welcome as soon as an alien named “Vuk” wandered in.

But the X-Men franchise boasts one obvious hit (outside of the Deadpools) in the past few years. James Mangold’s Logan was a gory – and eventually touching – coda for Canada’s angriest X-Man, a bloody neo-Western that buried Wolverine. Logan’s been on my mind a lot lately – the film, not the character, although there’s a unique cohesion here worth exploring. After all, the film takes place in a world where superheroes are as irrelevant as further X-Men sequels are in our own. It’s not a post-apocalyptic setting per se, but it’s certainly post-mutant. His costume abandoned, Logan has become a limo driver so he can afford to care for an aging Charles Xavier.

His fate is reminiscent of another famous pseudo-cowboy: Woody, the neurotic protagonist of all four Toy Story movies. As sequels go, Toy Story 4 would appear to be the most redundant of them all, as the third entry in this explicitly existential series provided the near-perfect end for Woody, Buzz, Jessie and the rest of the toy chest. But Toy Story 3 envisioned the “end” as a passing of the baton, a perpetuation of these same toys playing the same roles. Without the fourth movie, one would imagine an infinite life cycle for Woody, passed from owner to owner, ad nauseam.

Yet when we catch up with Woody, it’s clear things have changed. Bonnie doesn’t treat our favorite plastic sheriff the same way Andy did. She’s a great kid, but suddenly Woody’s predicament looks a lot like Logan’s – no longer the center of attention, his job is now to take care of others, internalizing their pain along the way. His healing factor not what it used to be, the scars that cover Logan’s body resemble the stitches on Woody’s back where his voice-box used to sit, a part of himself he sacrifices for the good of the toys around him. Woody spends most of Toy Story 4 trying to get the ditzy Forky back to Bonnie – or stopping Forky from throwing himself in the trash. Logan’s lot is even more depressing: At his best, he’s fighting to get his adopted daughter Laura to safety; at his worst, he’s just waiting for Xavier to die.

But there’s another subtle similarity between Woody and Logan: They’re both essentially immortal. What’s the lifespan of a toy? Woody’s been a child’s accessory since the “late fifties,” and as long as he avoids any more gigantic incinerators he’ll be fine, probably forever. Meanwhile, Logan’s healing has kept him going for about two centuries, so perhaps it’s no surprise that he’s ready to pass on by the 2029 of his self-titled movie.

Still, by the end of Logan and Toy Story 4, both protagonists pivot to prioritizing their own wants. Logan lets go, dying so that Laura can live. Woody becomes his own toy, embracing Bo Peep’s liberated lifestyle. In fact, Woody’s closer to being a “true” cowboy than ever before (rather than just the image of one), his partnership with Bo signaling a progressive update to the gunslinger fantasy. Logan too owes an enormous debt to the Western, even citing the legendary Shane. Mangold uses the latter to sum up the dramatic thesis of the former: “There’s no going back.” Or, as Toy Story 4 puts it (straight out of the mouth of Keanu Reeves’ Duke Caboom), “Be who you are, right now.”

Contrary to what studio executives might want, franchises can’t run forever. If you deliver satisfying closure – as Toy Story 3 certainly did – your sequel must then acknowledge its own obsolescence. In a rapidly changing world, static fictional universes – in which the roles the characters play is fixed – simply ring false. In other words, even a few years ago we didn’t need another X-Men movie. That’s Logan’s whole point.

Plus, once a franchise has acknowledged its obsolescence, it’s also taught its audience to reject a rehash. Say what you will about Toy Story 4, but its anxieties are far removed from the “what happens when kid grows up?” worries that dominated the series’ middle entries. The ultra-violence of Logan was a bit much – but at least we didn’t have to suffer through another scene of Magneto and Professor X mumbling “old friend” to each other across a chess board.

Sometime in the next few years we’ll see a recasting of Wolverine so he can join the ever-expanding Marvel Cinematic Universe, which Disney’s marketing department will spin into a “reset” of sorts. Who knows, we might even see a Toy Story 5 sometime in the next decade. But I highly doubt that which comes next will reach the heights of these recent self-aware sequels that force their pseudo-cowboys to examine the end of the line, and eventually, cross. Usually, a lack of necessity is a curse. Instead, Logan and Toy Story 4 convert their obsolescence into a goldmine.

“I Have Your Disease in Me Now”: The Disturbed Beauty of Blue Velvet

Man from Montmartre: The Enduring Enigma of Bob le flambeur

Kevin Garnett in Uncut Gems: the Best Athlete Cameo of All Time