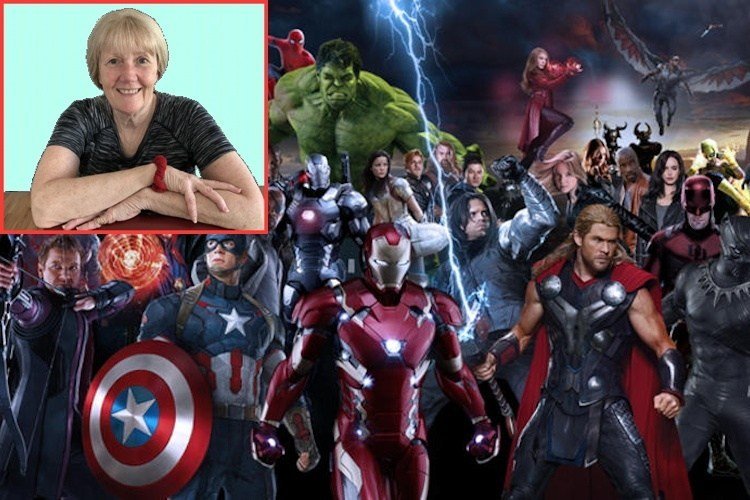 If you’re looking for a recap of the Marvel Cinematic Universe facts you absolutely need to know before Avengers: Endgame, then face front, true believer: Here comes my mom, Lee Bria, to once again save the day. An MCU fan for several years now, she’s back to finish what she started last year, recapping a massively complicated storyline for you intrepid readers. So, if you need to remember who died in Infinity War, who the villain of Ant-Man and the Wasp was, and the origin of Captain Marvel — maybe — read on! Here’s mom:

OK, so, Infinity War…was about a war that went on for infinity. It never stopped. No, there were two teams — we had the Avengers, where they’re against the other guys because the city was mad at them or something? Wait, Infinity War… the big purple guy… Thorn? No, not Thorn. Oh, wait I know it! Don’t tell me. Thelcros. Velcros. I know his name! The big purple guy with the glove with the buttons. And he’s the one that wants to catch all the orbs — the infinity stones — they look like orbs. And his name is… purple guy. Thelmos? I’ll get it! T-H… Theros! I keep coming up with Thorn. Oh! Thanos! I said Thanos. When you play it back you’ll see I said Thanos.

So the thorn man, he’s a thorn in everybody’s side. He is collecting all those spheres, those stones. And he has two daughters. They don’t look anything alike, they must be adopted, cause one’s green and one’s blue. And the green daughter is with the Guardians, and her name is… green lady. I don’t know. And the blue lady, I don’t know her name either. So anyway, that guy’s out to get everybody…to destroy the Earth? To rule the galaxy? Because he’s mad at his daughters, he wants to kill ‘em? To kill all the Avengers? But he definitely has some grudges, and he’s for sure gonna put the Avengers and the Guardians in the half that he wants to get rid of. It’s all a big blank. Spider-Man’s in there. And, uh, Doctor Strange is strange, he has some strange abilities. They capture him so he can’t warp time, because he’s the one that warps time, right? What I hope it is, is that he’s gonna bring back all these ash people — but he’s ash, too. Ahhhh!

Infinity War I’m blanking out on — there was a big war! Where were they/ Uganda? Lakanda? Wakanda! Sounds like Uganda. That’s right, they all went to Wakanda, this is true. And they had some kind of big force field or something, where they’re trying to crash through, and unfortunately they did crash through. And then they had a real big fight! And then everybody started dying, because Thanos got the stone, and he pushed buttons. And then all of a sudden there was chaos because people were just turning to ash and blowing away. And I don’t remember who’s alive and who’s dead, but I think Buffy’s dead, or Buddy, or Bucksty. Bucky. I think he went. And I think Black Panther went. But I don’t think Captain America went, because I would’ve cried. I remember the whole thing was just very upsetting, very upsetting. Anyway that’s the whole Infinity War, everybody dies. How can they do that? So, I didn’t like it. The end. I mean, I liked the movie, I didn’t like the end. 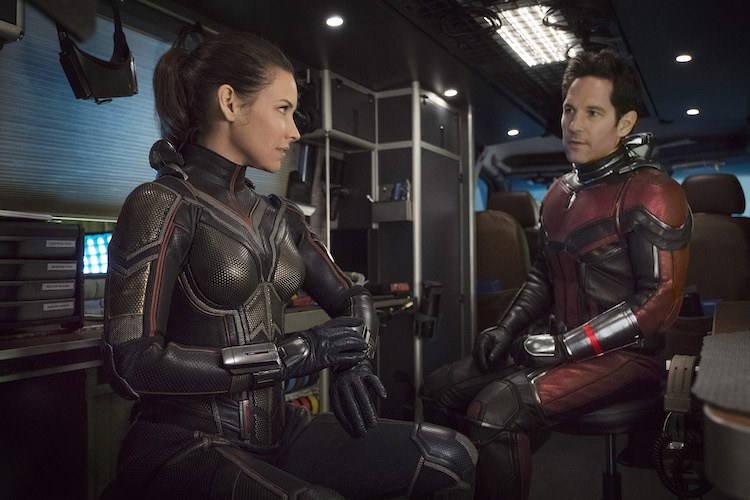 The girl that was the Wasp was from our “Lost” show, and I like her. She was good as the daughter of the scientist who’s Michael Douglas, who invented the Wasp. Ant-Man was very upset because her character got to be the Wasp, and he would’ve rather been the Wasp. The Wasp and the Ant-Man have to team up, because they have to sneak in as little people. There was a bad guy. The second one they get the mother back! The scientist, she was made real little and was stuck in this nowhere land. They went and rescued her.

There was a ghost — oh yes, I do remember that. She’s very unstable, I felt bad for her. Because she didn’t wanna be bad, but she was so unstable that she would ghost in and out of places. So that’s who they were fighting. At the end, the father and mother have to send Ant-Man inside… something. And he becomes so small, and they’re supposed to bring him back out, but then they get turned to ash! And so you’re worried about poor Ant-Man stuck in nowhere land and he’s in there going “Hello? Get me out!” But he’s stuck! But I’m not sure where he’s stuck. Where the mother used to be. In the end, they tried to help the ghost lady, because we all felt bad for her.

OK, I’ll do better on this one, because it was more recent. Captain Marvel, she crash-landed on some planet, and some bad guy hit her with electricity or something. So she got these electric powers somehow, I think from the captain lady that she worked for who was with her in the crash, she was an alien or something? And somehow when they crashed, she got infused with the energy from the engine of the plane or something. And it ends up that she’s with these people that you don’t know are bad — Jude Law I think is the leader guy. Anyway, they’re supposed to be going to rescue somebody on some planet, only when they go to rescue him, turns out it was a trap! And they get attacked. And then she has to go to Earth to do something. Oh, she lands through the roof of a Blockbuster. Must’ve been the ‘80s. Nineties? OK. So anyway she’s there, and she keeps having flashbacks, like maybe she was from there. And then she remembers a friend, and she goes to the friend’s house who has a little girl, and she figures out that she was an air force captain or something.

Oh yeah, and I just remembered she had to go before her god, and it was this lady figure, that she believed in I guess, or something. So then, when she’s on Earth, the bad guys come looking for her. But they can look like anybody, and they were chasing her and attacking her and then they show up at the farmhouse. But it turns out that the guy that was there wasn’t all bad, he was just — he said his people were stuck on some spaceship and she could help him. And so she turns into Captain Marvel. She gets a new outfit. Very dope. And she can fly! With just her suit. I’m not sure how she does that. She gets the captain lady to fly with her and they fly to some spaceship that the lady she remembered had, where they were storing some of these people that were hiding. Does anybody turn to ash in this movie? No. Anyway, they go up to the spaceship and they rescue the people. And she was with Nick Nolte. Oh that’s right, Nick Fury, because he’s young. Oh, and I liked the cat, the cat was some monster. And that’s how Fury lost his eye. Nasty cat. Talk about a hairball! He swallowed the infinity stone. Is that enough on Captain America? Marvel! I meant Marvel.

In fact, I’d make them go back so far that they could save the twin. Quicksilver? Because I didn’t like that he died. I would get Captain Marvel to make Doctor Strange make a pitstop to save the twin before he goes and saves all the other people that went to ash. Didn’t Groot go to ash? I didn’t like that. He has to save him, too. That’s how I would have them get saved, with Captain Marvel taking Doctor Strange on a trip back in time, and make a few stops along the way. And then go back and, if they could get [Doctor Strange] just before he goes to ash to whip everybody back, that’s how I would save ‘em.

They all gotta band together and go after the stones. Spider-Man can spin a web around Thanos so he can’t move his arms, so that he can’t touch any of his buttons. And then Tony and Captain Marvel and the Thunderbird guy and all those fast, flying guys can fly in there and get him, and they’ll bring Spider-Man so he can web him. And then they’ll have him, and then they’ll take away his stones. He said that he wanted to make the universe better by getting rid of half the people. If that was the case, that he was really trying to save people by killing people… that doesn’t make sense. I think he has to go, because he’s so bad, or else he’s just gonna keep making trouble. He didn’t treat his daughters very well, that’s for sure. OK, I think that sums it up.

Lust For Life: The Music of ‘Trainspotting’

Before the News Was Fake: The Paper at 25