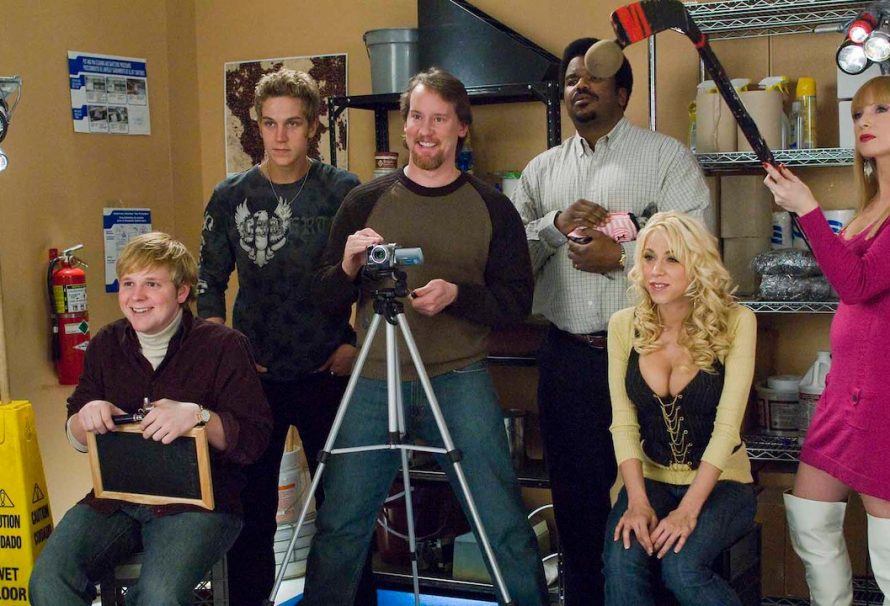 In 2008, Kevin Smith was at a crossroads. He’d attempted to move on from his self-contained “View Askewniverse” characters with the saccharine 2004 romantic dramedy Jersey Girl, which was a critical and commercial failure. And then he’d run right back to the View Askewniverse with 2006’s Clerks II, which fared better than Jersey Girl but still seemed like a creative dead end. If Smith was ever going to realize his potential as a mainstream commercial filmmaker, this was the time.

Instead, it achieved minimal box-office success and received mixed reviews from critics, and was mostly regarded as a failure following Rogen’s string of comedy hits (Knocked Up, Superbad, Pineapple Express). Smith made one more ill-advised attempt to go mainstream, directing the 2010 action comedy Cop Out (his only feature film that he didn’t write), before retreating to the insular world of independently financed, often self-distributed films that seem aimed solely at his existing fan base.

Looking back at Zack and Miri, though, it’s easy to imagine an alternate reality in which this movie was a huge hit, and Smith joined Rogen collaborator Judd Apatow as one of the comedy kingpins of the ’00s. There’s plenty of humor that hasn’t aged well (and a lot of dated alt-rock on the soundtrack), but Zack and Miri is a likeable, fun rom-com with great chemistry between its two stars, and none of the awkward amateurishness that still plagues Smith’s more autonomous productions.

That’s in part thanks to Smith’s willingness to allow his stars some leeway for improvisation (taking a cue from Apatow), and in part thanks to the higher production values that come from major financial backing. Although Smith wrote, directed and edited it, Zack and Miri feels exactly like the wide-release studio product that it is, and not in a bad way. Banks first appears onscreen wearing nothing but a hockey jersey and slippers, and Mewes and Anderson would never make it into a mainstream movie without Smith behind the camera. But other elements downplay Smith’s auteurist quirks in favor of time-tested Hollywood storytelling.

That starts with the title characters, who are obviously meant for each other from the moment they’re introduced. Zack (Rogen) and Miri (Banks) are lifelong friends, who are both working dead-end jobs and living together in a crummy apartment in the Pittsburgh suburb where they grew up. They trade insults that clearly mask romantic affection, and they protest far too strongly when anyone suggests that they should be more than friends. They’re obviously going to end up together by the end of the movie, but as in any good rom-com, the pleasure comes in seeing how they get there.

Instead of ruining their relationship, sex between Zack and Miri deepens it, finally showing them how much they truly love each other. They’re then torn apart by toxic jealousy on both sides, but this isn’t Clerks’ Dante hypocritically judging his girlfriend for sucking 37 dicks. It’s two people acting immaturely because they’re not yet ready to face their feelings for each other. Rogen was the bigger star at the time the movie came out, but Smith gives Banks a substantial arc as Miri, who’s not just an idealized object of affection for Zack. She may be the most fully realized female character that Smith ever created.

Thirteen years ago, Zack and Miri looked like another stumbling block in Smith’s uneven career, and it’s been largely forgotten by his fans – both the purists who only like the early stuff and the hardcore devotees who attended roadshow screenings of Jay and Silent Bob Reboot. But in hindsight, Zack and Miri now looks like Kevin Smith’s Last Stand, a movie that made the difference between an Apatow-like Hollywood career and the outsider empire he ended up creating. It’s a pleasant, funny rom-com that may find a new audience on streaming services—and it’s a fascinating glimpse at what could have been.