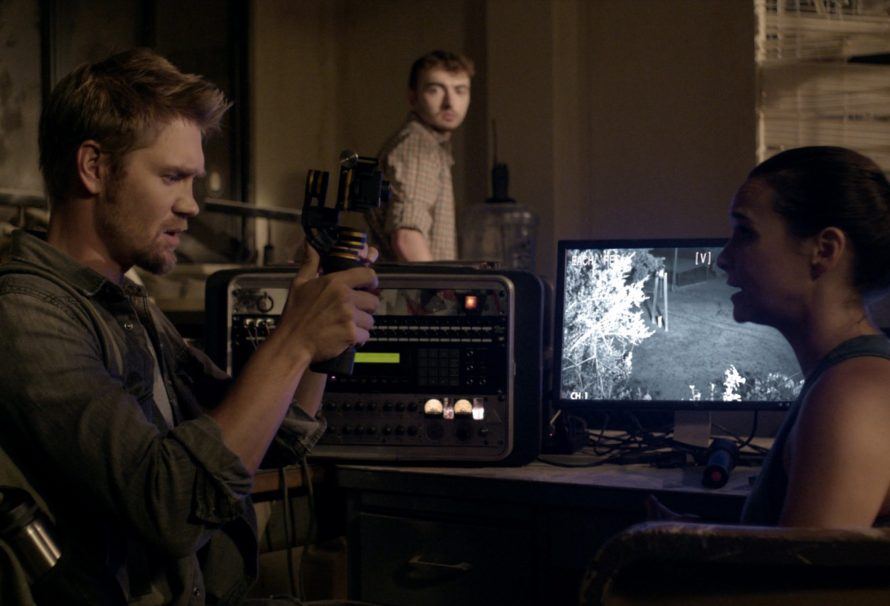 For a group of professional ghost hunters, the main characters in Camp Cold Brook are surprisingly unhappy to discover that the abandoned summer camp they’re investigating is genuinely haunted. At the first sign of actual paranormal activity, the stars of a second-rate cable-TV ghost-investigation show start screaming and running away, despite the fact that this is their last chance to create an episode that will increase their ratings and save their show. You’d think an encounter with a bona fide malevolent spirit would be more welcome.

But of course the TV-show framework is just a flimsy excuse to get a group of people out to this empty campground in rural Oklahoma, where 28 church campers were killed years ago by a woman seeking revenge for the death of her own child in an accident with the church’s transport van. The spooky back story is as insubstantial as the set-up for the presence of the show’s crew, who can apparently produce this entire professional TV series with just four people.

Cocky host Jack (Chad Michael Murray) has promised the network a mind-blowing episode to prove once and for all that life after death exists, but he has no idea where to go until production assistant Emma (Candice De Visser) comes across the story of Camp Cold Brook. So Emma, Jack, his co-host and producer Angela (Danielle Harris) and surly director of photography Kevin (Michael Eric Reid) make their way to the camp, encountering the requisite small-town residents who warn them away from the cursed site along the way. The reluctant local sheriff drives them out to the site, alerting them that there’s no cell reception, their radios won’t reach the police station, and he won’t be back to pick them up for three days.

Almost immediately, they start seeing shadowy figures, hearing unexplained noises, and discovering strange symbols etched on various camp buildings. Is it possible that the woman who cast a spell on 28 kids, causing them to kill themselves and each other, has come back to finish the job? Could one or more members of the TV crew have a secret connection to the camp that could have been discovered via a basic background check? Obviously the answer to those questions is yes and yes, although screenwriter Alex Carl and director Andy Palmer drag out the meager suspense as long as possible, with vague portents of danger and incremental revelations of the crushingly obvious plot twists. They then somehow skip right over what should be the climax of the story, instead fast-forwarding to the moronic (and, of course, also obvious) stinger.

The actors do what they can to elevate the stock material they’re given, and the empty buildings and dense forest at least look sort of creepy. Murray has cultivated an appealingly sleazy machismo since his teen-idol days, and Harris has played this kind of role so many times (literally since she was a child) that she can easily coast through it, although she still has a couple of solid freak-out moments. They’re about the only thing setting Camp Cold Brook apart from dozens of other semi-competent low-budget horror movies, but the anonymous professionalism almost makes the movie less interesting to watch. It’s entirely, deliberately generic, without a single original idea, good or bad. No wonder the characters’ TV show is about to get canceled.

“Camp Cold Brook” is out Friday in limited release and on demand.