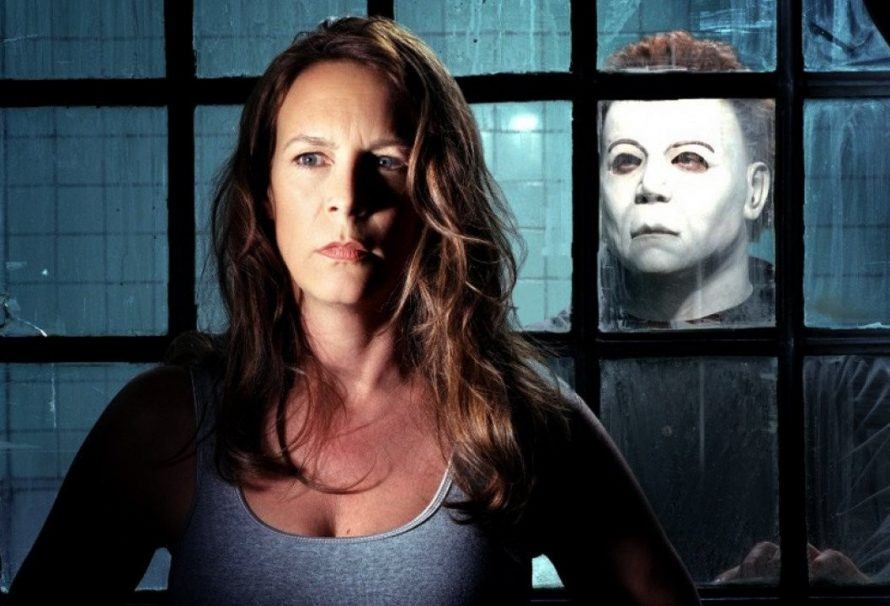 On July 12, 2002, Michael Myers (aka the Shape) came home – again. The eighth and final installment in the original film series, Halloween: Resurrection pitted John Carpenter’s nightmarish creation against a group of college students filming a reality show inside his childhood home. It also killed off Jamie Lee Curtis’ character Laurie Strode, who is fatally stabbed by Michael in the opening scene, three years after she mistakenly beheaded an innocent man with whom the boogeyman had swapped clothes.

It was a controversial decision, the result of a weird conflict between Curtis and the producers of the franchise. As she herself recounts it), she originally agreed to be in 1998’s Halloween H20 – which she initially pitched to Carpenter and Debra Hill – with the understanding that Laurie, broken and alone after two decades on the run, would get to kill her evil brother once and for all.

However, after receiving draft upon draft that omitted the decapitation scene she had been championing, Curtis found out her dream was not meant to come true: executive producer Moustapha Akkad, who was in control of the franchise at the time, had a contract clause that explicitly forbade killing off Michael. The actress almost exited the project at this point, until Kevin Williamson pitched a solution that would please everyone: Laurie – and the audience – would think Michael Myers was dead, and the circumstances of his survival would only be revealed when the sequel came out.

Curtis went along somewhat reluctantly, and the scene explaining how Michael made it to the next film was shot the day after principal photography wrapped on H20. She then claims to have personally come up with the nature of her role in Resurrection, which she was contractually obligated to appear in: Laurie, broken once again, is locked up in an asylum for killing a paramedic she mistook for Michael. And then she dies. Right at the start of the movie. “Infuriating” doesn’t begin to describe that creative choice, not to mention the rest of the film.

It’s especially annoying when one considers there could have been a different outcome. During the development of what eventually became Resurrection, Daniel Farrands, who had written the sixth movie and pitched a different version of the seventh, was asked for his take on the material.

Farrands gamely complied and came up with what he called Halloween 8: Lord of the Dead. This script would have brought back Tommy Doyle, last seen in the sixth film played by Paul Rudd, for a final showdown with the Shape. Because Curtis was contractually bound to the film at least for a cameo, Farrands decided to end his proposed sequel to H20 with the revelation that Michael had indeed died, and a now insane Laurie was donning the mask instead. As the writer explains in a Bloody Disgusting interview, he even had textual evidence to support his idea: in the final scene of H20, right before the closing credits, Laurie starts breathing heavily, in a manner not too dissimilar to Michael’s.

Of course, much like with Curtis’ early involvement with the previous movie, no one bothered telling Farrands that the franchise’s signature villain had to stay alive and the scene explaining how had already been shot, so by the time he got to properly share his idea with the studio it was pretty clear he and the execs were not on the same page at all. And that was it for Halloween 8: Lord of the Dead. Or was it? Farrands got some vindication a few years later when Chaos! Comics published a three-issue run based on the films: writer Phil Nutman, who wasn’t a Halloween aficionado, asked for some pointers, and Farrands gave him the unused film treatment, with the Laurie/Michael plot twist eventually playing out in comic book form.

As for Curtis, she got her vindication almost two decades later, when Blumhouse and David Gordon Green retconned the previous sequels out of existence and crafted a new trilogy, slated to conclude this year with the aptly titled Halloween Ends. But the question remains: discounting the Rob Zombie version (where the filmmaker was given permission to basically pull a Farrands in the second movie), is it actually possible to break Moustapha Akkad’s rule? Will Michael Myers ever die? That remains to be seen, but at least it’s unlikely they will give Laurie Strode as undignified an exit as she got in 2002.

“Halloween: Resurrection” is streaming on Paramount+ and available for digital rental or purchase from the usual suspects.

Everything Strange and New: The Sweet Hereafter at 25

Classic Corner: Elevator to the Gallows