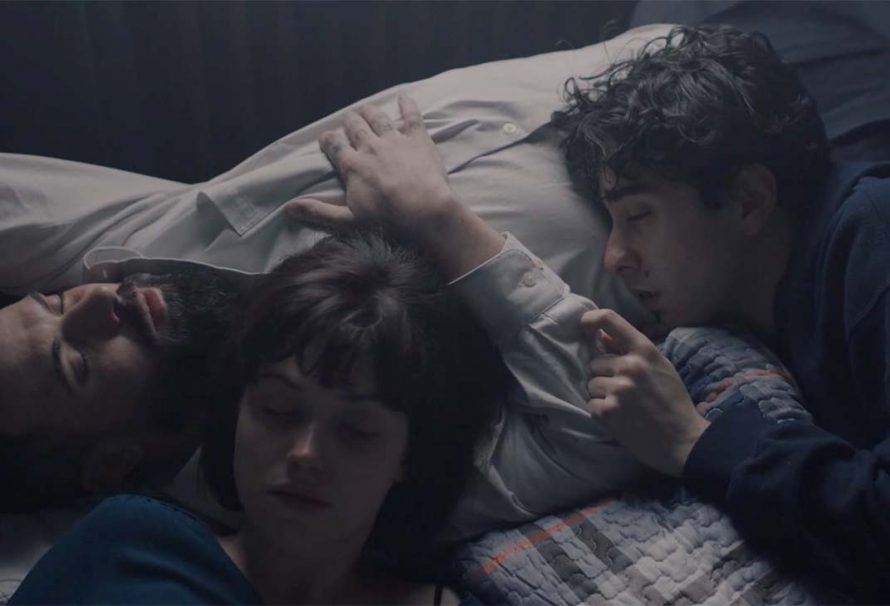 An artsier version of what might have been a network TV movie in the 1980s, writer-director Joey Klein’s addiction drama Castle in the Ground takes on the opioid epidemic with grim-faced seriousness and occasional poignancy, but can’t keep its focus on the emotional lives of its main characters. Klein introduces a troubled protagonist who turns to drugs to cope with grief and guilt, but the movie seems more interested in a half-baked crime storyline than in exploring the inner life of its protagonist.

At first, though, Castle in the Ground is an affecting look at the dreary life of Henry Fine (Alex Wolff), a recent high school graduate who’s put off his college plans to care for his ailing mother Rebecca (Neve Campbell). It’s clear that Rebecca’s cancer isn’t getting any better, but Henry insists on staking his entire future on her recovery, telling her that he’ll go to school once she’s on the mend. Wolff and Campbell have a natural mother-son dynamic, demonstrating the sweet but codependent relationship between the two, and Klein powerfully cross-cuts to illustrate the toll that the caretaker role takes on Henry, right up until the end.

After Rebecca passes away, Henry spirals quickly downward, breaking up with his good-natured college-bound girlfriend in a single brief phone call, and retrieving Rebecca’s unused cache of pain medication. His descent into full-blown drug dependence is abrupt and jarring; he goes from zero to addict before the end of Rebecca’s shiva. That’s also the last time the movie engages with Henry’s Jewish identity, which seems like a central facet of his life in the first act, when he wraps tefillin around his arms and recites daily prayers. It’s not that Henry abandons his religious devotion after his mother’s death, but more that Klein just ignores it.

Both Henry and the movie shift their attention to Henry’s new neighbor Ana (Imogen Poots), a recovering heroin addict staying in her aunt’s empty apartment while she’s enrolled in a methadone program. Ana isn’t particularly responsible with her recovery, though, and she soon draws Henry into her world of pills and parties, relying on him for rides and money, and putting him in harm’s way when a local dealer targets Ana over a bag of pills stolen by one of her friends.

This vaguely defined crime subplot takes over the film’s second half, making it more difficult for Klein to build a convincing connection between Henry and Ana, who are somewhere between romantic and familial in their affection. Klein uses dim, gauzy cinematography to give a sense of the drug-induced haze that the characters live in, but he doesn’t bring anything new to the way that addiction is depicted onscreen, and the character arcs are truncated once Henry and Ana start spending all their time together.

As he proved in Hereditary, Wolff is an expert crier, and he gives a sensitive performance as Henry, even after the movie loses interest in how he’s processing his feelings. Ana is never more than a collection of quirks and demands, but Poots imbues her with as much tragic desperation as possible with the material she’s given. Ana’s friends are interchangeable hoodlums and hangers-on, and the movie’s depiction of the drug scene in a small Ontario town is limited and insular.

Klein shoots the movie in the old-school TV-style 4:3 aspect ratio, which may be an attempt to depict the constrained worldview of the addict, but mostly reinforces the feel of a well-intentioned but dramatically inert story destined for classrooms and public television.

“Castle in the Ground” is available Friday on demand.