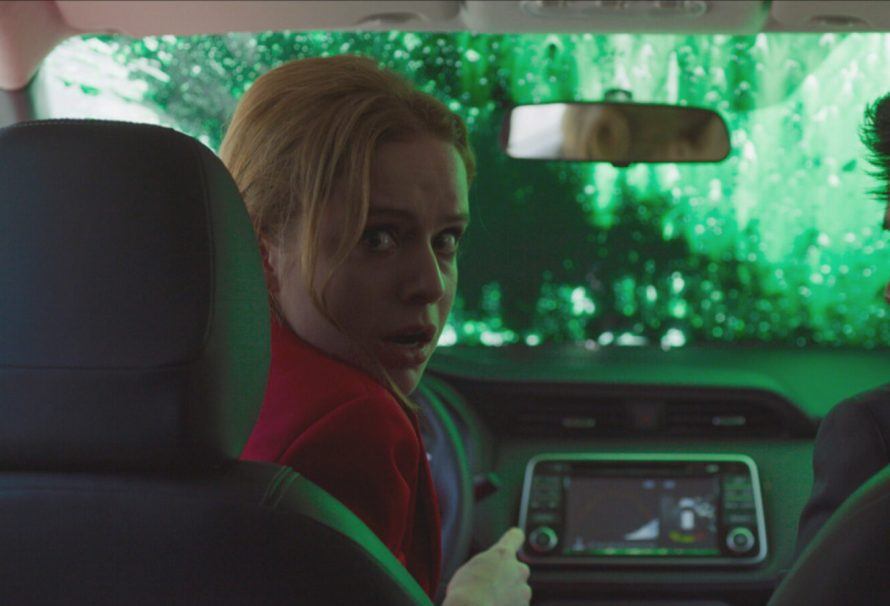 If you’re the sort of person who has fully accepted that everything in the world sucks, then New Order is a swift hour-and-a-half of a filmmaker relentlessly beating a dead horse.

The filmmaker is Mexico-born Michel Franco, whose 2012 film After Lucia won the Prize Un Certain Regard at that year’s Cannes Film Festival. Franco appears to be one of those maverick directors who enjoys making “provocations” (read: films that are more likely to challenge and even offend more than entertain).

Order has already gotten critics and audiences in Franco’s homeland pissed the hell off. You can hardly blame them; according to this film, Mexico is the most savage, treacherous place on Earth. (Obviously, ol’ boy has never attended Burning Man.) That’s what poor protagonist Marianne (Naian González Norvind) discovers on the day of her wedding, which is also taking place amid some crazy, green paint-soaked protests in the streets. Marianne comes from an affluent, powerful family (during her wedding, everyone keeps giving her envelopes full of cash as gifts). It’s a family that soon receives a bloody visit from gun-wielding rioters who crash the party.

Fortunately, she’s not there when this goes down — she ventures out to give money to a former family employee who needs a heart-valve operation. Unfortunately, she gets kidnapped by the military, who are rounding up well-off folk and holding them for ransom.

Right from the opening minutes, where a woman is taken out of her hospital bed to make way for a fatally-injured protester, Franco establishes that the bitterly neo-realistic Order is a movie where many people end up getting the short end of the stick. It also blatantly reminds us how society generally treats the haves and the have-nots. In one scene, a working-class man tries to get medical attention for his ailing wife, only to be turned away by the martial law-imposing military. In the next scene, one of the rich people from the wedding massacre receives full-scale, medical attention at his home. (This makes you wonder if Franco honestly thinks Mexico is the only place on Earth where that could happen.)

As the movie rolls along, Franco starts to get merciless, cruelly putting many sympathetic characters through some terrible shit. But by the time you get to its umpteenth Jarring Moment (and they come one after the other in the final act), it ends up quite tedious. Basically, New Order is about a bunch of horrible, gawdawful things happening to Mexican people. But there does appear to be a message embedded in the mayhem: in Franco’s worldview, the upper and lower classes are so busy seeing each other as enemies that they fail to recognize the real enemy — which, in the case of this film, is a morally bankrupt government ready to turn the country into an authoritarian society full of people who work hard and shut up. (Yeah, I think that’s it.)

Did dude really have to make a movie about that? Honestly, people should know by now that this big-ass planet is swarming with royally messed-up governments that don’t give a damn about the general public. Hell, John Oliver practically spends every Sunday night schooling viewers on the myriad, global despots and tyrants out to slave up its people on Last Week Tonight.

As much as New Order wants to warn audiences how easily a society can turn into a corrupt, fascist dictatorship, he needn’t have bothered. A lot of us — especially those who spent the last few years dealing with a dipshit leader — already got the gist.

“New Order” is in theaters Friday.

In Defense of the Modern Late Winter Horror Film

In Praise of Difficult Women: Girlfight at 20