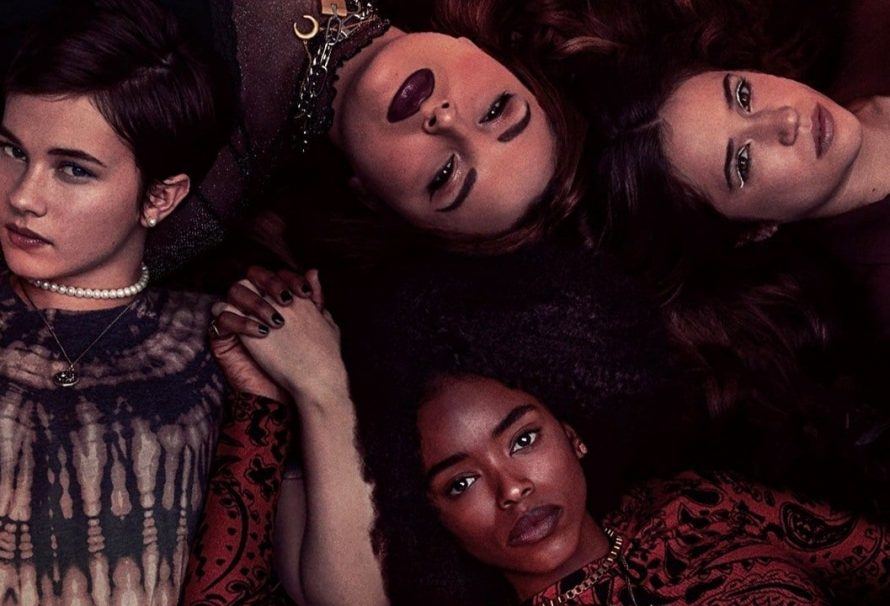 For many Gen-Xers and Millennials, 1996’s The Craft is a cultural touchstone. Andrew Fleming’s film hit on a timely aesthetic and themes that young audiences (especially girls and LGBTQ+ people) identified with, along with a decade-defining cast. The Craft isn’t without representation issues, however. The film’s use of witchcraft as a metaphor for female power takes a troubling turn as the members of the central coven get selfish with their abilities. The movie remains pro-outsider, but some elements speak uncomfortably to the fact that it was written and directed by white men.

Enter Zoe Lister-Jones’ sequel, The Craft: Legacy. Lister-Jones’ take on teenage witchery and female strength redefines a familiar story for a new generation of young viewers. It’s not a perfect movie, but it is joyfully empowered and intersectional. Despite a lack of hard edges, it’s still fun, paying homage to the diverse audiences that grew up loving the original film by giving them space to exist in the new one.

This time around, our supernaturally-gifted heroine is Lily (Cailee Spaeny). She and her mom (Michelle Monaghan) arrive in a new town to move in with mom’s fiance Adam (David Duchovny) and his three teenage sons (Charles VanderVaart, Donald MacLean Jr., and Julian Grey). Lily has difficulty making friends at her new school, encountering humiliation at the hands of a bully, Tim (Nicholas Galitzine) on her first day.

Fortunately, Lily finds allies in a group of girls–Frankie (Gideon Adlon), Tabby (Lovie Simone) and Lourdes (Zoey Luna)–who practice witchcraft and recognize Lily as one of their own. Lily becomes their all-important “fourth,” completing the quad and allowing the group to unlock their full magical potential. The girls use their powers to get back at bullies and help ostracized fellow students. They also work their magic on Tim, turning him into a more compassionate version of himself. But when tragedy strikes, they must determine how to responsibly use their gifts.

The Craft: Legacy’s young ensemble feels appropriate to its Gen-Z audience, with diverse performers reflecting an array of racial, cultural and gender backgrounds. Lister-Jones captures the delight that comes with finding your people, reflected through the energetic performances of her talented actors. In addition to amping up the central group’s roles of color, Luna’s Lourdes adds a trans woman character to the mix. There are gay and bi characters, and storylines about teenagers coming to grips with their sexuality. Importantly, these characters are always affirmed and championed, and villains are primarily noted by their non-acceptance.

At a tight 95 minutes, The Craft: Legacy is the rare movie that feels like it could stand to be longer, if only to deepen some of the supporting roles surrounding the main quartet. Duchovny’s Adam, a writer and speaker on masculinity of the toxic variety, is a particularly interesting foil who gives the film some thematic texture, but isn’t explored enough. Duchovny (who practically sleepwalks through the role) seems to realize it, too.

Given that Lister-Jones’ film feels clearly targeted at a teenage audience, this issue doesn’t bog the movie down too much. The goal of The Craft: Legacy is primarily empowerment and celebration, and this it achieves in abundance. From the film’s diverse cast to its messaging of strength, authenticity and community to its mostly-female behind-the-scenes creative staff, Lister-Jones is refreshingly committed to putting her money where her mouth is. The end result is a loving ode to its source material, and a corrective that lets fans new and old have the inclusive supernatural adventure they deserve.

“The Craft: Legacy” is now available on demand.

Review: Raya and the Last Dragon

The Whole Nine Yards: A Comedy of Masculinity

“The Imprisonment of Being a Girl”: On the Emotive Legacy of Sofia Coppola’s The Virgin Suicides