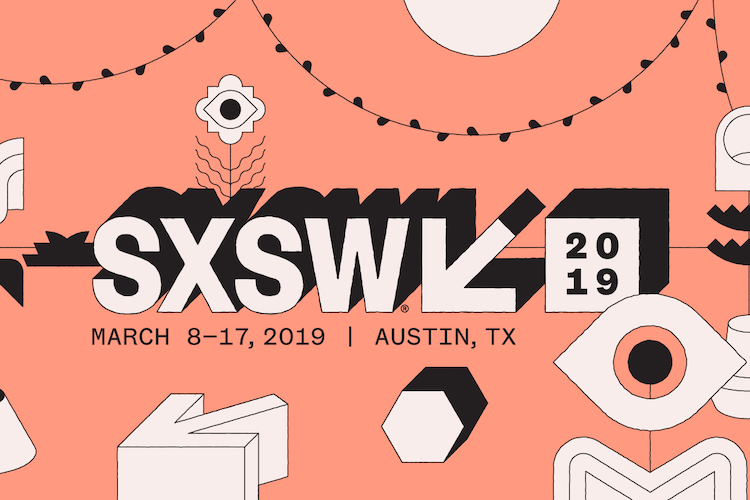 Our ongoing and long-overdue reckoning with sexual abuse and harassment has inspired a new wave of cinema; not only are we seeing more empowering and diverse representations of women and minority groups, but we’re seeing stories that reckon with the root cause of so much of this abuse: toxic masculinity. For centuries men have internalized societal gender norms around what it means to “be a real man” to the point where they too could be defined as victims in a misogynistic, bigoted cycle. At this year’s SXSW, three films took an interesting approach to interrogating these archaic ideas of masculinity and their potentially violent results.

The Art of Self-Defense (in theaters June 21) righteously satirizes outdated masculine ideals with its story of a nebbish accountant named Casey who is inspired to take up karate after he’s brutally mugged. Played by Jesse Eisenberg, Casey could be described in crass terms as a bit of a weenie. He wears his insecurities on his sleeve, he’s inept in social situations, and unable to connect with his macho colleagues at work. In some ways, Casey is the inverse of the stereotypical cat lady, only he lives alone with a small dog. Following a seemingly random act of violence that puts Casey in the hospital, he seeks out ways to defend himself, leading him to a local dojo led by a narcissistic man who calls himself Sensei (Alessandro Nivola). It doesn’t take long for Casey to realize that he’s not looking to defend himself, but to become the very thing he fears – and that thing is the sort of misogynistic bro that succeeds everywhere he seems to fail, be that in karate or at the office. Written and directed by Riley Stearns, The Art of Self-Defense is a darkly hilarious takedown of macho ideals, rightfully depicted as pathetic and lacking any sense of self-awareness.

On the opposite end of the spectrum is a film featuring a character who is painfully self-aware: Daniel Isn’t Real (release date TBA) concerns Luke (Miles Robbins), a college kid struggling to cope with his schizophrenic mother as his own mental illness begins to make itself known. As a child, Luke summoned an imaginary friend named Daniel (Patrick Schwarzenegger) to help him deal with his parents’ divorce and his mother’s illness. But after Daniel did something very bad, Luke locked him away. As a young adult, Luke’s therapist encourages him to embrace his “imaginative” side, and Daniel comes out to play again – but this time he’s got some exceedingly dark motives.

Directed by Adam Egypt Mortimer from a screenplay he co-wrote with Brian DeLeeuw (based on DeLeeuw’s novel In This Way I Was Saved), Daniel Isn’t Real explores mental illness – schizophrenia, specifically – through the lens of the supernatural in ways that are aptly both poignant and horrifying. In many ways, Daniel represents Luke’s repressed psyche, and as such, his behaviors are often misogynistic and violent. He challenges Luke’s male roommate in a fit of masculine posturing, and encourages Luke to engage in promiscuous sexual activities by manipulating women. The emergent personality is emblematic of the darkest recesses of the male mind, and the resulting struggle between Luke and Daniel highlights the ways in which young men internalize masculine norms while repressing those attributes deemed feminine or weak – namely their own emotions – to the point of horrific violence.

Less successful in its contemplations is Rick Alverson’s The Mountain (release date TBA), a surrealistic drama about a young man named Andy (Tye Sheridan) who joins up with lobotomist Dr. Wallace Fiennes (Jeff Goldblum) after the sudden death of his elderly father (Udo Kier). Wallace – or Wally, as he prefers to be known — claims to have met Andy’s mentally ill, absentee mother during his travels, which see him traversing the United States to perform lobotomies on mental patients. “We help them and then we take their picture,” Wally explains when he hires Andy as his “assistant.”

The Mountain is far more inscrutable than Alverson’s previous films – Entertainment and The Comedy – which were provocative dark comedies intended to elicit discomfort from the viewer. Alverson’s latest evokes a decidedly different form of discomfort – one that’s vaguely agitating due to the film’s needlessly oblique nature. But it does have something to say about toxic masculinity, particularly with regards to the characterization of Wally, loosely based on real-life doctor Wallace Reed, who invented the lobotomy – a dangerous procedure that became rather prolific for a period of time in the ’40s and ’50s, and was performed mostly on women and people of color. Reed had a very strange view of minorities: Though he advocated for black physicians, he also felt that black people – and black women in particular – were the best candidates for lobotomies. As portrayed in the film, Wally epitomizes a very specific sort of toxic masculinity. He’s a colonialist, using his procedure to profit from the subjugation of the lower class. That the film is set in the ’50s feels apt; it was a time when these gender norms were arguably at their zenith, when women knew their place – and when they dared to take agency or voice their dissent, they were often deemed hysterical. Unfortunately, The Mountain is so impenetrable that its exploration of these ideas seems rather weak in comparison to Daniel Isn’t Real or The Art of Self-Defense.

Britt Hayes is a freelance film critic and journalist with 10 years of experience. She lives in Austin, Texas, with a roommate and two very needy cats. Britt loves movies (obviously), pizza, and being left alone.

The Timeless (Yet Timely) Family-Friendly Terror of The Witches

The Uncomfortable Legacy of the Revenge of the Nerds Franchise

REVIEW: Teen Romance The Sun Is Also a Star