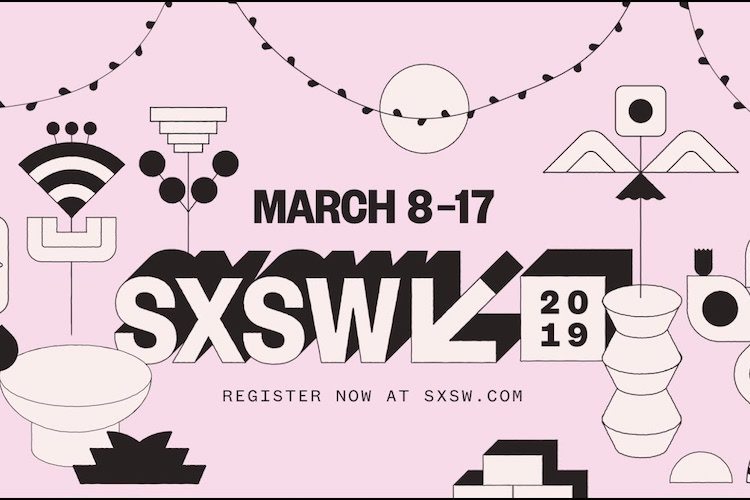 This time last year, Hereditary was already being heralded as the best horror film of 2018 following screenings at Sundance and SXSW. And just one year prior, Get Out was praised as one of the best horror films of all time following its premiere at Sundance. Both festivals often yield some of the greatest horror, giving filmmakers a chance to generate – and heighten – anticipation long before their films reach a wider audience. This year’s horror lineup at SXSW definitely delivered a couple of major standouts that we’ll be talking about for months (and possibly even years) to come – as well as a few that weren’t so fantastic.

First up, the good: Daniel Isn’t Real is a mind-bending, heart-shattering exploration of mental illness through the lens of a fractured psyche being taken over by a demon. I included it in my roundup of SXSW movies that challenge toxic masculinity, but let me mention here that it’s bound to become one of this year’s best horror flicks.

On the more mainstream end of the spectrum is Pet Sematary, a new adaptation of the Stephen King classic. Co-directed by Kevin Kolsch and Dennis Widmyer (Starry Eyes), the latest reimagining stars Jason Clarke and Amy Seimetz as Louis and Rachel Creed, a couple who moves with their young children to a rural town in – where else? – Maine in the hopes of enjoying a quieter life. As a doctor, Louis has a rational view of death, but Rachel is still haunted by the horrific passing of her older sister when they were children, leading her to cling to faith in the afterlife. When the family’s cat dies, their new neighbor Jud Crandall (John Lithgow, delivering a low-key excellent performance) introduces them to a hidden clearing beyond the local pet cemetery – where children ritualistically lay their pets to rest – to an old Native American burial ground. Not long after burying the cat, it comes back … but it’s not the same as before.

Those familiar with King’s novel and/or Mary Lambert’s 1989 adaptation are well-acquainted with what happens next: Tragedy strikes the Creed family again, and despite Jud’s warnings, Louis returns to the burial ground in an effort to keep his family from falling apart. The film succeeds in exploring grief and guilt and the ways the two are painfully intertwined, while subverting familiarity with the source material in surprising and often macabre ways. Pet Sematary is a largely terrifying and entertaining remake, and the rare reimagining that rivals its predecessor – that is, until the final few minutes, when the film ditches the poignancy in exchange for a goofy ending.

Body at Brighton Rock marks the feature debut of Roxanne Benjamin, who previously directed segments in the horror anthologies Southbound and XX. Her latest effort is her best yet – a low-key psychological thriller inspired by the young adult horror stories of Christopher Pike. As such, those who grew up in the ’80s and ’90s will appreciate this survival tale starring Karina Fontes as Wendy, a newbie park ranger who volunteers to take a shift on a challenging trail despite her lack of experience. What begins as a typical day quickly devolves into terror as Wendy loses the trail and stumbles upon a dead body. On her own with no one to rescue her until morning, Wendy is forced to spend a hellacious night alone in the woods with a corpse.

Body at Brighton Rock follows Wendy’s journey as she confronts her fears and reckons with her own sense of self-preservation; it’s a metaphorical experience that will be immensely relatable for many women – particularly those whose abilities have been doubted by their peers. Though it’s not as nerve-rattling as Daniel Isn’t Real or as mainstream as Pet Sematary, Benjamin’s film is a solid indie thriller that showcases her capabilities as a director.

Now for the bad: In Tales From the Lodge, a group of middle-aged friends gather at a remote lodge to honor a friend who recently drowned in a nearby lake. With emotions running high, the presence of a newcomer throws a wrench in their plans for an otherwise mournful weekend of drinking and remembrance. The newcomer, Miki (Kelly Wenham), is the young girlfriend of Paul (Dustin Demri-Burns), a womanizing narcissist who doesn’t appear particularly concerned about how her presence might upset his friends. Written and directed by Abigail Blackmore in her feature debut, Tales From the Lodge blends horror anthology with mature dramedy to decent – if not particularly memorable – results. Were it not for an excellent cast that includes Mackenzie Crook (Pirates of the Caribbean) and Laura Fraser (Breaking Bad), the film wouldn’t be nearly as interesting. For much of its runtime, Tales From the Lodge is fairly entertaining, but a third-act twist spoils any goodwill Blackmore has built up to that point. That twist can only be described as wildly irresponsible at best and deeply offensive to a marginalized group at worst. The end result is a film that will undoubtedly leave many viewers with a bad taste in their mouth.

The Curse of La Llorona is certainly a cut above Tales From the Lodge, though it’s easily the worst film in The Conjuring universe thus far. Directed by newcomer Michael Chaves, the spinoff is set in the 1970s and follows a social worker named Anna (Linda Cardellini) whose family is tormented by a vengeful spirit rooted in Latin folklore. The story of the eponymous La Llorona is far more fascinating than the film itself: A beautiful wife in 17th century Mexico discovers her husband is having an affair with a younger woman, so she drowns their sons in a fit of rage. Once she realizes what she’s done, she throws herself in the river, too. As the story goes, La Llorona is trapped between the realms of the living and the dead, weeping eternally for the loss of her sons. If living children hear her crying, she comes to take them and drown them in the hopes of getting her kids back.

Again, this is all far more interesting than the actual film, which shamelessly packages Latin folklore for a white audience. The script, written by two white screenwriters and directed by a white man, tries to excuse its cultural appropriation by explaining that Anna’s husband was a Hispanic police officer who died in the line of duty – which makes her more sympathetic to the Hispanic community, one supposes. Two key supporting characters are played by Hispanic actors, however, and it’s Raymond Cruz’s performance as a local faith healer that keeps La Llorona afloat. His deadpan delivery lends much-needed humor to a film that is otherwise painfully predictable and absurdly boring. 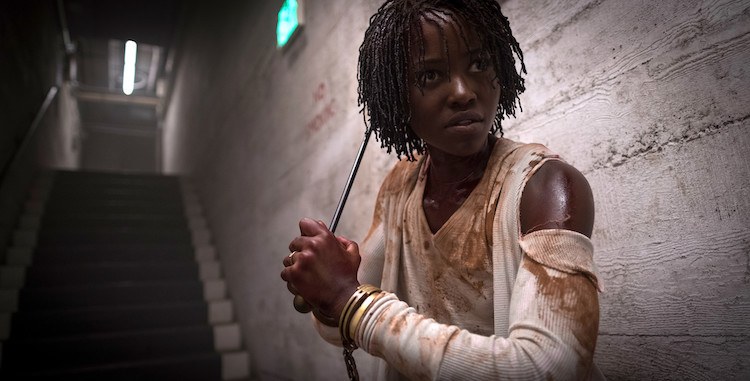 As the saying goes, the best must be saved for last – and that’s where the weird comes in. Jordan Peele’s highly-anticipated follow-up to Get Out is a thematically complex horror thriller about a family confronted by their own doppelgängers while on vacation. Us stars Lupita Nyong’o and Winston Duke as Adelaide and Gabe, a couple on a weekend getaway with their kids, Zora (Shahadi Wright Joseph) and Jason (Evan Alex). Shortly after Adelaide recalls a traumatic encounter from her youth, the family is beset by their creepy doubles in a narrative that becomes exceedingly surreal and horrifying.

Peele’s sophomore effort is every bit as clever and insightful as his last, but far more thematically accessible – that is until a divisive third-act moment of exposition that will make or break the viewer’s affection for this throwback to psycho-thrillers of the ’70s and ’80s. It may be just a little too odd for general audiences to appreciate, but Us is definitely primed to become one of the best – if not the best – horror film of 2019. With an eerie score evocative of Rosemary’s Baby and The Omen and a visually-charged narrative that calls to mind the best of De Palma, Us is exceptionally complex and layered – though some may find it a little too complicated for its own good.

Britt Hayes is a freelance film critic and journalist with 10 years of experience. She lives in Austin, Texas, with a roommate and two very needy cats. Britt loves movies (obviously), pizza, and being left alone.