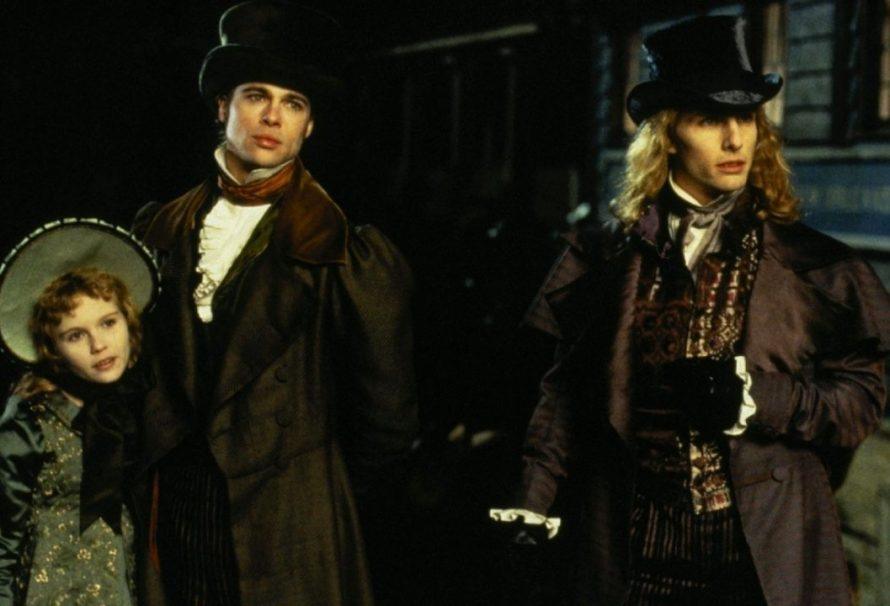 When author Anne Rice died at the age of 80 in December 2021, she left behind a huge body of work, including dozens of bestselling novels, most of which focus on supernatural creatures (vampires, witches, werewolves, Jesus Christ). But despite selling more than 100 million copies of her books in her lifetime, Rice has a minimal cinematic legacy, especially compared to some of her genre contemporaries. The only movie adaptation that captures Rice’s unique blend of Gothic romanticism and campy horror excess is 1994’s Interview With the Vampire, directed by Neil Jordan and scripted by Rice herself (with an uncredited Jordan rewrite), based on Rice’s 1976 debut novel.

Jordan is the perfect choice to bring Rice’s lavish prose and flamboyant characters to life, finding just the right balance between mysticism and eroticism. Jordan landed the high-profile assignment following the breakout success of 1992’s The Crying Game, but Interview With the Vampire draws more from his 1984 film The Company of Wolves, a similarly lush, woozy take on the supernatural, focused more on mood and emotion than on detailed mythology. Rice has been broadly categorized as a horror writer, but she doesn’t write scary stories, and Interview With the Vampire features far more brooding and swooning than terror.

Rice was notoriously upset with the casting of Tom Cruise as the decadent vampire Lestat de Lioncourt, and she just as notoriously recanted her objections after seeing the finished film. Cruise was indeed an unlikely choice for the role, but he fully embraces the character, embodying Lestat’s destructive narcissism, alluring charm, and sexual dynamism, including in his relationship with tortured vampire Louis de Pointe du Lac (Brad Pitt). The homoeroticism of Rice’s novel comes through strongly in the film, as Lestat fixates on Louis’ beauty when targeting him for vampiric transformation, and their codependent relationship continues through the turning of child vampire Claudia (Kirsten Dunst).

Louis recounts this story to present-day interviewer Molloy (Christian Slater) in a San Francisco hotel room, narrating the saga of his undead life beginning in 1791, when he’s the owner of a plantation outside New Orleans, mourning the recent death of his wife and child. Interview With the Vampire is a sweeping period epic, taking in historical changes as its characters themselves remain unchanged, immovable pillars amid societal upheaval. “We were all Americans now,” Louis says as the decades pass in New Orleans, but such distinctions are obviously meaningless to vampires.

Rice’s vampires are all deeply self-centered creatures, but the movie embraces those all-consuming emotions, making them into seismic shifts as significant as the forming of nations. Louis experiences profound angst almost immediately upon his transformation into a vampire, rejecting Lestat’s cavalier attitude toward taking human life and instead attempting to subsist solely on animal blood, at least initially. The bratty Lestat pouts and whines over his prodigy’s rejection of “the dark gift,” and when it appears that Louis is about to leave him, he brings a child into their relationship in order to get his partner to stay.

As flashy and mesmerizing as Cruise’s performance is, it’s Dunst who easily steals the movie, giving one of the greatest child-actor performances of all time, the role that landed her a Golden Globe nomination and made her a star at 10 years old. Lestat’s and Louis’ personalities are fixed from the moments they first appear onscreen, but Claudia is a barely formed human being when they find her clinging to her dead mother after an outbreak of plague in New Orleans. Lestat’s impulsive decision to transform Claudia is an act of spite, and her very existence is a sort of cruel torture, as she’s trapped in a child’s body for eternity.

Claudia’s unruly hair immediately forms into tight golden ringlets as soon as she drinks the cursed blood from Lestat’s wrist, and Dunst expresses the animalistic hunger in her eyes. “I want some more,” she says with a child’s impatience. As the years pass, Claudia matures even though her body doesn’t, and Dunst conveys the deep weariness of a grown woman who’s forced to look and act like a porcelain doll. After Louis and Claudia leave Lestat and travel to Europe, it’s easy to view them as equals, with Dunst matching every element of Pitt’s performance.

Despite its Vampire Chronicles subtitle implying the beginning of a larger story (at the time, there were four Rice Vampire Chronicles books), Interview With the Vampire never received a proper sequel, and it ends on a bit of a cliffhanger. But Jordan’s film still became a defining moment for budding Goths and other moody outsiders, nabbing nominations from both the Oscars and the Razzies and gleefully blurring the line between high drama and high camp. Rice’s vampire mythology cherry-picks only the most ornate, Goth-friendly elements—her vampires embrace both crosses and coffins—and Jordan makes them seductive and immersive. If this movie is the culmination of Rice’s cinematic legacy, it’s a worthy one.

“Interview with the Vampire” is now streaming on Netflix.