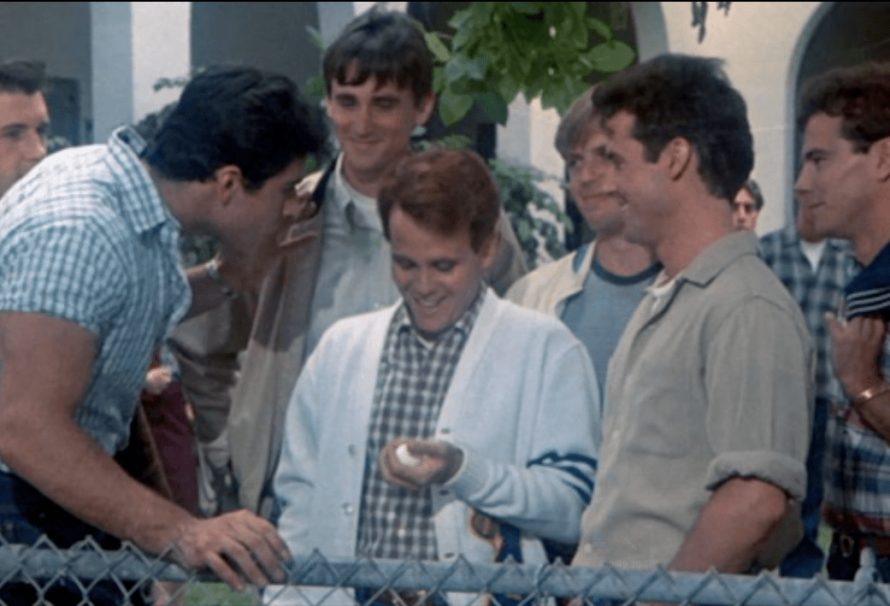 One of the most reliable sub-genres of the past 10 years has been the raunchy, R-rated sex comedy, a type of film that can be made cheaply yet yield fantastic grosses (both kinds). There were precursors, but the main progenitor of today’s Apatow-flavored hits was a Canadian cheapie set in Florida in the 1950s: Porky’s. It opened 35 years ago this week, which means if Porky’s were a person, it would be old enough to be disgusted by Porky’s.

Porky’s made $105 million on its initial release and was the fifth biggest movie of 1982. Among R-rated comedies, only three had been bigger hits — Animal House, Blazing Saddles, and The Rocky Horror Picture Show — and none was as gratuitously crass, sexual, or exploitative as Porky’s. Porky’s was special, but it was an anomaly, too. Subsequent sex comedies stayed in the profitable-but-marginal realm, not earning blockbuster money again until the brief spurt (sorry) near the turn of the century — There’s Something About Mary (1998), American Pie (1999), and their respective followups and sequels.

The dirty comedy scampered back into the shadows then, but was revived again in the summer of 2005, when Wedding Crashers and The 40-Year-Old Virgin were both monster hits (Wedding Crashers remains the 12th highest-grossing R-rated film of all time). This led to the likes of Borat, Superbad, Knocked Up, The Hangover, Bad Teacher, Bridesmaids, Horrible Bosses, and Trainwreck, all $100-million earners. That’s not to mention the hit comedies that were rated R but not especially dirty, like Pineapple Express, Tropic Thunder, Spy, The Heat, and 21 Jump Street.

The raunchy comedies that are now an accepted part of the landscape? Porky’s is where they went mainstream.

Porky’s was the brainchild of writer-director Bob Clark, who based it on his own teenage years in Florida. (He moved to Canada in the ’70s as a tax haven.) A description of the film sounds like a template for the genre. The opening scene has its virginal protagonist, Pee Wee (Dan Monahan), interrupted by a parent mid-wank (shades of American Pie), followed by scenes with his school buddies (who are constantly referencing the size of their penises) that reveal the main thrust of the plot: to get Pee Wee laid. This means a trip to an out-of-the-way brothel called Porky’s, where the owner and namesake tricks the underage boys and starts a feud. Meanwhile, back at school, Pee Wee and his buddies spy on the girls’ showers and engage in other strategies to see women naked and/or have sex with them.

The filthiness of Porky’s holds up. You don’t watch it now and think, “How quaint that people in 1982 thought this was dirty.” Its dirtiness has since been equaled and surpassed, of course, but it remains impressively raunchy even by modern standards. Of that it can be proud.

What stands out as glaringly wrong, on the other hand, are the film’s racism and sexism. It’s logical that the movie would have some racist characters — it’s set in Florida in the 1950s; I’m surprised it has anything but racist characters — but one drops the N-word casually, and another has a streak of anti-semitism that runs through the film. Today, a movie wouldn’t include that kind of talk unless 1) racism was the focus of the story and 2) the bigots got their comeuppance. 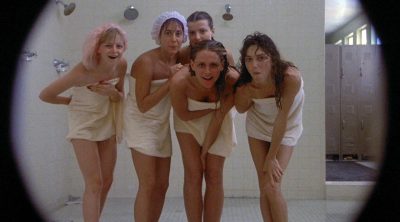 The sexism is egregious and obvious and drew complaints even in 1982. When the boys are caught spying on girls in the shower, the girls’ immediate reaction is to giggle and pose for them — basically, “Oh, you rascals!” Throughout the movie, whatever the horndogs do, the objects of their horndoggery find it at worst amusingly naughty. At best, it works, and the girls have sex with them. Though there’s still room for improvement, Porky’s-influenced sex comedies have gotten better about this kind of thing in the last several years. A few have even had female protagonists, if you can imagine. After all, lustfulness knows no gender boundaries.

– Porky’s opened in first place, earning $7.6 million (a healthy $22.4 million at today’s ticket prices). Deathtrap opened the same weekend in fourth place, and Victor/Victoria had a very successful debut in limited release. Also at the multiplex that week: Richard Pryor: Live on the Sunset Strip, On Golden Pond, Quest for Fire, Missing, Chariots of Fire, Evil Under the Sun, Arther, and Absence of Malice.

– As you drove to the theater — in a Chevrolet Chevette, the top-selling car in America at the time — you might have heard these top 10 hits on the radio: “I Love Rock ‘N Roll,” by Joan Jett and the Blackhearts; “Open Arms,” by Journey; “Centerfold,” by The J. Geils Band; “We Got the Beat” by Go-Go’s; or “Pac-Man Fever,” by Buckner & Garcia (which peaked this week at #9 on the Billboard charts).

– John Jakes’ North and South, Stephen King’s Cujo, and Robin Cook’s Fever were all on the New York Times best seller list for fiction. On the nonfiction list were such classics as Jane Fonda’s Workout Book and Shel Silverstein’s A Light in the Attic. 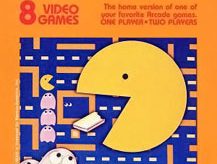 – Pac-Man had just been released for the Atari 2600, selling 7 million units and contributing to the market saturation that would cause a crash the following year.

– Ground would be broken on the Vietnam Veterans Memorial in Washington D.C. a week later. The memorial would be completed in November.

– A couple weeks hence, Argentina would invade the Falkland Islands, which had been controlled by the U.K. since 1841. The war would last 10 weeks before Argentina would surrender and British control resume.

– Actors Adam Pally, Thora Birch, and Thomas Middleditch were all a few days old. Jenny Slate, Taran Killam, and Cobie Smulders all had a few days left in their respective wombs. Meanwhile, Philip K. Dick, John Belushi, and Ayn Rand had all recently died within a few days of each other. All three of those names come up regularly in 2017, when technology is like a Philip K. Dick story and the government is being run by Ayn Rand followers in the manner of John Belushi on coke.

– On the very day that Porky’s opened, and in the state (Florida) where the film is set, Ozzy Osbourne guitarist Randy Rhoads and two others died in a single-engine plane crash. It seems Osbourne’s tour bus was camped overnight near an airstrip, and the bus driver, Andrew Aycock, who had a pilot’s license and a lot of cocaine in his system, took one of the planes joyriding. The first jaunt was successful, but during the second, with Rhoads and makeup artist Rachel Youngblood aboard, Aycock tried to “buzz” the tour bus, clipped it, broke a wing, and crashed. All three were killed instantly.

– Two very influential TV shows had just premiered: Late Night with David Letterman and Police Squad! The latter, from the creators of Airplane!, ran only six episodes, but it led to the Naked Gun movies and countless imitations.