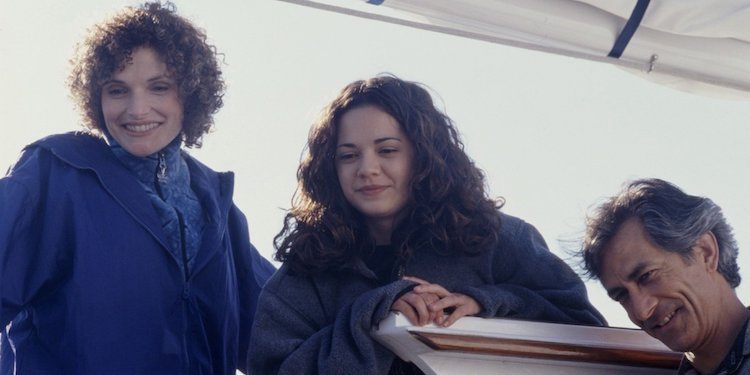 1999 is considered one of the strongest years of cinema in living memory. There will no doubt be countless articles in 2019 marking the 20th anniversaries of that year’s greatest hits and examining their impact and legacy.

But this column isn’t about those movies. This column is about the overlooked gems from 1999 — the weird, ungainly, or unjustly forgotten films that don’t usually get listed alongside the established classics, but which are just as deserving of their own retrospectives.

Audiences, by and large, don’t care for ambiguity. They especially don’t like ambiguous endings, hence the cottage industry of “Ending of [INSERT MOVIE] Explained” online media. It’s probably a good thing, then, that those viewers never discovered John Sayles’s Limbo, as it would likely give them a conniption, even as it title signals its intent.

Then again, it wasn’t as though Limbo was likely to amass much of an audience, regardless of its formally daring twists and turns, given that it’s a John Sayles film — which is to say it’s a quiet, complex, carefully constructed sociological drama. Not exactly blockbuster material, even within the smaller scale world of ’90s indie film. Which is too bad, because when Sayles is at his best, there are few filmmakers of his generation who can top him. And make no mistake — Limbo is Sayles at his absolute best.

Set in fictional Port Henry, Alaska, a working-class fishing and factory town in the midst of economic upheaval and corporate overhaul, the film begins as most Sayles films do, taking a wide view of the disparate factions that make up the community — from the out-of-work fishermen and plant workers struggling to hold on to what little they have, to the industrialist sharks pushing them out in the name of “revitalization,” to a few rough-hewn individuals floating around on the margins. However, what begins as a traditional ensemble drama takes a surprising left turn about midway through, becoming a tense thriller centered around a core trio.

That trio is comprised of Joe Gastineau (Sayles reparatory player David Strathairn), a middle-aged fisherman with a tragic past; his new girlfriend Donna (Mary Elizabeth Mastrantonio), a down on her luck lounge-singer with a long record of professional and romantic disappointment; and Donna’s intelligent, but severely troubled teenage daughter Noelle (Vanessa Martinez).

After Joe invites mother and daughter to join him and his estranged half-brother (Casey Siemaszko, of Three O’Clock High fame) on the latter’s boat for what he incorrectly assumes is a simple (and legal) business trip, a series of shocking and violent events results in the three of them getting stranded on an uninhabited island and pitting them against the indifferent brutality of the Alaskan wild as well as their fellow man. What follows is a truly existential survivalist story in every sense of the word, as indebted to Samuel Beckett as it is to Jack London.

Going by critics reviews (the majority of which were positive, if tentatively so), the main talking point surrounding the movie is the formalist choices Sayles makes in order to force his audience to confront his film’s great themes. Understandable, given the boldness of said choice, but this risks reducing Limbo to mere gimmick, when it is a much deeper artistic vision on every level.

As always, Sayles manages to get beautifully nuanced performances out of his cast, with his three leads imbuing their characters a sense of real-world experience. As dramatic as their circumstances turn out to be, these are people you feel like you could know, or have known, in real life.

The performers are helped greatly by the dialogue, which manages to feel literary in its depth while never coming off as stylized — a feat few screenwriters are adept at, but which Sayles, one of the great writers in the history of film, is able to convey with a sense of effortlessness. Adding to the overall quality of the film is the crisp cinematography from the legendary Haskell Wexler; an appropriately minimalist but moody score by Mason Daring; and a haunting closing credits song from none other than Bruce Springsteen, written exclusively for the film (one of several perfect song choices throughout the film).

Even more than Sayles’s other best films (a list that includes a handful of masterpieces — Matewan, Eight Men Out, City of Hope, Lone Star), Limbo manages to tell a huge story on a small scale. It remains his spookiest, and most unsettling film, and if there was a better straight drama or thriller released in 1999, I haven’t seen it.

Finally, one very important thing to point out about this movie that you absolutely, positively need to know if you’ve never seen it is—