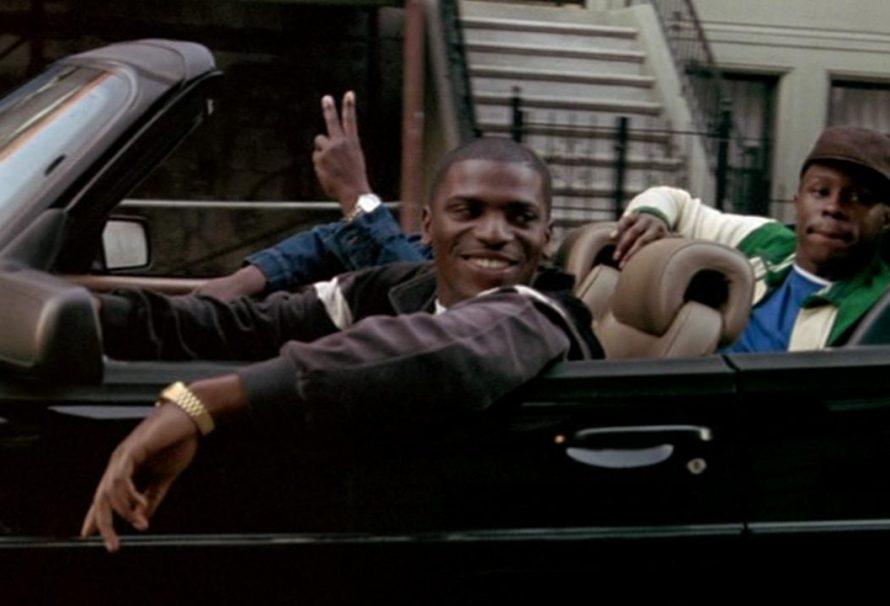 After parent company ViacomCBS acquired a 49% stake in Miramax last year (a move which includes access to Miramax’s library of 700-plus titles), Paramount has spent February re-releasing many of the popular, Oscar-winning films Miramax released during the studio’s powerful, ‘90s/early ‘00s prime on Blu-ray. It looks like Paramount is out to remind viewers of the bounty of acclaimed, award-winning work this indie giant used to drop — even though these movies came to be thanks a raping, harassing, power-mad scumbag and his enabling brother.

But amidst the re-releases of high-profile films like The English Patient and Shakespeare in Love, Paramount is also bringing back some low-low-budget pictures from Dimension Films, Miramax’s genre-film wing. One film that’ll definitely make all the brothas and sistas with Blu-ray players happy is Paid in Full, the inner-city gangsta film from 2002, which is out this week.

I distinctly remember it quietly slipping into theaters back in October of that year. (I actually reviewed it for an alt-weekly in Philadelphia.) Paid seemed like a textbook ‘hood crime drama: the poster had all three main characters, with images of bling, guns, cash and ladies smattered around them. And what’s the tagline? “The American dream… Their way.”

Yes, the film has all of that, but it’s actually handled in a more nuanced manner. Paid is a loosely-based account of the epic reign drug dealers Azie “AZ” Faison (who produced the film along with Jay-Z and Brett Ratner, and co-wrote an earlier draft of the screenplay), Rich Porter, and Alpo Martinez had on the streets of Harlem in the ‘80s. The stand-ins for this film are Ace (Wood Harris, best known as drug capo Avon Barksdale from The Wire), Mitch (Mekhi Phifer) and Rico (rapper Cam’ron). Paid plays more like a hip-hop Goodfellas, with Ace narrating the story of how he and his two partners rose and fell in the crime world.

Even though Paid looks like a hardcore ‘hood drama with a heavy, hip-hop soundtrack (it is named after an Eric B. & Rakim album, after all), it’s also a complex character study. Screenwriters Matthew Cirulnick (whose pulpy CV includes co-writing the Earp: Saints for Sinners comic books) and Thulani Davis (who wrote and edited for the Village Voice for over a decade) were going for more than bling and bloodshed. They wanted you to get to know these guys and why they chose the gangsta life.

Paid is also the directorial debut of Charles Stone III, a filmmaker who originally directed those “Whassup!” commercials for Budweiser. For his first film, Stone got together with longtime Atom Egoyan cinematographer Paul Sarossy and made a ‘hood film that’s more quiet and intimate than flashy and boisterous.

Shot on a $3 million budget, Paid feels like the work of someone who wanted you to pay more attention to what’s going on with the characters than their surroundings. Stone shows how the low-profile Ace tried to create a drug operation where everybody eats. But he soon learns that no matter how much he tries to keep things on the up-and-up, he’s always gonna deal with savage brothas who wanna stick him for his paper. “This life, this game — there ain’t no love in it,” he says, after a brush with death has him contemplating leaving the game. “It don’t love you back.”

As for his suave buddy Mitch, trapping isn’t just a job — it’s something that unfortunately makes him a pillar in the community. Phifer does some charismatic, sympathetic work playing a druglord who’s in it for both the hustle and the admiration. It’s a ride that reaches a bleak, bloody conclusion, which includes a tearful monologue from Phifer (written by him too) that has been oft recreated by YouTubers.

No one can ever say that Paid is another one of those ‘hood movies that glamorizes the drug-dealing lifestyle. (The movie actually ends with Ace watching a hip-hop video being made, as rappers pretend to live the treacherous thug life he and his boys lived.) This may explain why the movie had the fanfare-less theatrical release it received so many years ago. I can just imagine Bob and Harvey expecting Stone to give them their own New Jack City, and they end up with an all-Black version of those cautionary gangster tales studios used to make back in the ‘30s.

I interviewed Stone in 2006, and he explained why Paid in Full was basically dumped into theaters. “Hollywood studios or film studios tend to design films that will cater to a specific demographic,” he told me. “A lot of times, movies will — as much as studios say, ‘Well, we wanna tell interesting stories and be creative and provocative’ a lot of times, the stories have to sit in a box. It has to sit in an aesthetic box that guarantees they’re gonna make their money back.”

But since this is a movie made by Black people about Black people starring Black people, Black people obviously embraced it. (When he was writing for the New York Times, African-American film critic Elvis Mitchell put it on his ten-best list of 2002.) Of course, Stone — who would release his second film, the college marching band drama Drumline, two months later over at Fox — has enjoyed how Paid has become a film that people continue to discover and appreciate. “It came and went,” he told me back in ‘06, “but it seemed to resonate with folks, which was nice.”

It’s also nice to know that, even though Paramount is bringing back the prestige classics from Miramax’s heyday, they’re also throwing in underappreciated, down-and-dirty flicks like Paid in Full.

“Paid in Full” is out now on Blu-ray.

John Lee Hancock and the Practicality of Non-Auteur Cinema

The Surprising Staying Power of The Point!

Sundance 2021 Review: On the Count of Three