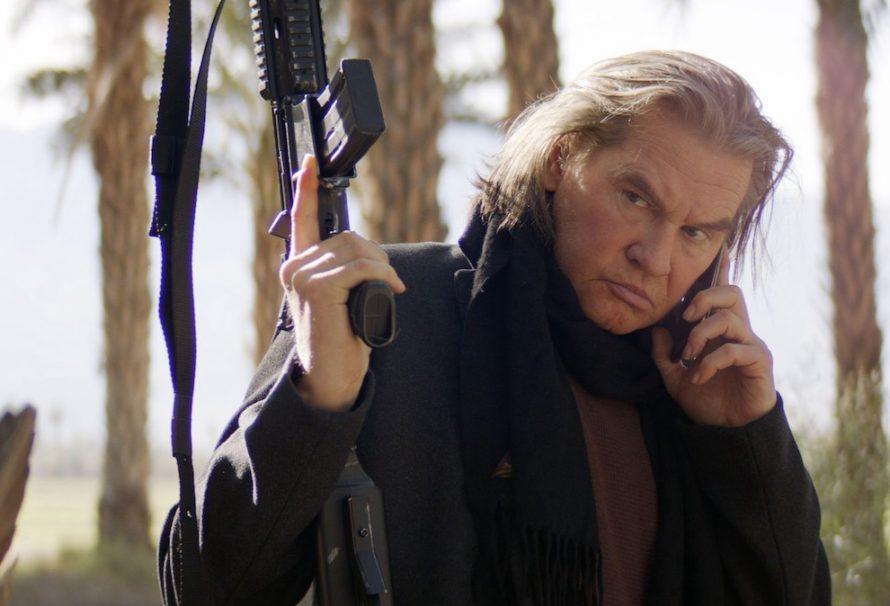 The paydirt in the opening of Paydirt is actual dirt, stuffed into garbage bags and buried under other dirt, and then dug up by a drug kingpin known as El Gordo (Jay Montalvo). El Gordo isn’t looking for dirt, of course: He’s trying to find the $33 million stolen by a cheeky robber known as the Brit (Luke Goss) in a drug bust gone wrong. Or at least that seems to be the case, since the plot of Paydirt is obscured behind a lot of knock-off Tarantino-style gangster dialogue and “shocking” twists that make no sense.

The important thing is that Damien “The Brit” Brooks went to prison for five years for low-level marijuana possession rather than major drug trafficking, and now that he’s out, he’s gathering up the rest of his crew (all of whom also have nicknames that start with B, for some reason) to track down the $33 million he hid away somewhere. Either that, or he’s enacting an elaborate distraction for the benefit of El Gordo and Tucker (Val Kilmer), the former sheriff whose career ended in disgrace after the failed raid on Damien and his gang.

Paydirt is set up like a heist movie, with cutesy onscreen titles introducing each member of Damien’s team, who are all named after their supposed special skills (the Brains, the Brawn, the Badass, the Babe). But the only heist-like action involves two characters wandering around what looks like an empty office building, and they get interrupted before anything can be heisted. Goss works hard at projecting effortless cool as Damien, and the rest of the team members have about as much personality as their code names imply.

Meanwhile, Kilmer seems to be in a separate movie entirely, as Tucker spies on Damien from afar and obsesses over his lost career in law enforcement. Like many eccentric late-career fallen movie stars, Kilmer appears to have brought along his own wardrobe—including lots of long, heavy scarves for a movie set in the California desert during the summer—and he’s also brought his daughter, Mercedes, who’s stiff and awkward in her first feature-film role as Tucker’s lawyer daughter. It’s tough to judge Kilmer’s performance, since his health struggles in recent years necessitate having an uncredited voice actor dub all his lines in post-production, so his main contribution is simply existing onscreen as Val Kilmer. He mostly does that away from the other actors: At one point Tucker participates in an entire shoot-out without ever sharing the frame with another character.

That could be the result of technical and budgetary limitations as much as movie-star demands, since that same shoot-out is full of fake-looking CGI muzzle-flashes and CGI blood. Even the onscreen captions are sloppy, with some poorly translated Spanish indicating El Gordo’s sprawling estate in Mexico. Those details wouldn’t matter as much if the plot were coherent or engaging, or if the characters were more than one-dimensional archetypes, or if writer-director Christian Sesma came up with any creative visuals.

But Paydirt is just a rote, plodding checklist of direct-to-video thriller elements, from the faux-titillating sex scenes to the tax-credit locations to the random semi-famous faces in supporting roles (hey, it’s Nick Vallelonga, Green Book co-writer and son of the real Tony Lip!). Sesma churns these movies out at a steady pace, often working with Goss, and he has two more set for release this year. Not even all of Val Kilmer’s scarves can rescue this one.