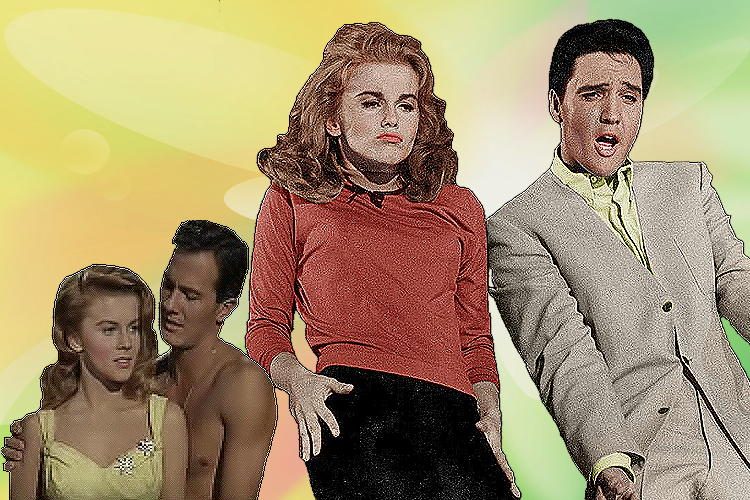 In 1963, Betty Friedan published her landmark work The Feminine Mystique, which analyzed the dramatic shift in women’s roles in postwar America and helped launch what came to be known as second-wave feminism. Women were suddenly marrying younger, having more children, and were largely relinquishing their professional identities in favor of raising families. Friedan wrote, “By the end of the nineteen-fifties, the average marriage age of women in America dropped to 20, and was still dropping into the teens…. The proportion of women attending college in comparison with men dropped from 47 percent in 1920 to 35 percent in 1958.” The idealized femininity of the 1950s was one of subservience, and popular culture reflected that.

But while Friedan’s million-selling book was helping the feminist movement percolate, a new Hollywood star was quietly making choices that would mirror it. Ann-Margret, a Swedish triple threat, made her film debut in Frank Capra’s Pocketful of Miracles in 1961 before achieving stardom in the musical State Fair (1962) and, opposite Elvis Presley, in Viva Las Vegas (1964). She was pegged as a fiery sex symbol. However, a study of these early films shows a sense of agency and complexity largely repressed in female characters of earlier generations. The onset of second-wave feminism can clearly be seen in her work.

Prior to the 1960s, Hollywood broke femininity into two general categories — a woman was either the “good girl” or the “bad girl.” In the 1950s, actresses like Marilyn Monroe and Jayne Mansfield ushered in the resurgence of the gold-digger and dumb blonde archetypes. Any sexuality classified a woman as an “other.” The girl-next-door was not allowed to be sexual.

Ann-Margret’s breakout saw the actress blurring these once hard-set archetypes. In her autobiography, she writes about her role in State Fair: “I was recast as Emily, the bad girl [instead of Margy, the male lead’s naive sister], a switch based on my personality test. The studio bosses thought I looked too sensuous and seductive to play such an innocent. The ‘wild’ Ann-Margret, the side that I couldn’t control, had shaped my role.”

While Ann-Margret calls Emily the “bad girl” in State Fair, the film is a clear instance where her performance blurs the good girl/bad girl dichotomy. She stars opposite clean-cut crooner Pat Boone, the ultimate good boy of the 1950s. As the film opens, we see Boone’s character, Wayne Frake, driving with his girlfriend, Betty Jean (Linda Heinrich), a prim and demure woman who is terrified of Wayne’s driving. She is very much an example of 1950s idealized femininity. At the fair, Wayne starts seeing Emily, who is different from this stereotypical “good girl.”

Late in act two, Wayne and Emily share a fascinating scene in her hotel. She turns away as he gazes at her:

The scene gradually builds into the musical number “Willing and Eager,” the sexuality thinly veiled. The song features Ann-Margret and a shirtless Boone posed on a hotel balcony, a bed visible in the background. Boone sings, “Now that you’ve touched me, there’s no time too soon/Willing and eager as you are for me.” Up to that point, Boone barely kissed his leading ladies on screen; paired with Ann-Margret, he’s prepared to jump into bed with her.

But despite the actress’ readiness to call Emily a “bad girl,” the classification is not that simple. The femme fatale of earlier decades is unapologetic for her behavior, while Emily struggles with others’ perceptions of her. She’s visibly upset when she hears the Frake family dismiss her as a fling. She is attracted to Wayne, but she also wants her career. Emily possesses an interiority allowing her to function not as merely a “good” or a “bad” girl, but a well-rounded woman.

Viva Las Vegas makes a similar play on Ann-Margret’s good girl/bad girl persona through music. Her solo number in the film, “Appreciation,” makes use of a trend we also see in State Fair. The number begins with a demure Rusty (Ann-Margret) playing up the “good girl” side of her personality, then completely shifts to a burlesque style playing up her sultry, “bad girl” side. While the message is hidden in the structure of the scene, her characters are allowed to be more complicated. She is not “bad” simply due to her sexuality. As such, she is allowed to be a more complicated character.

Throughout her early roles, Ann-Margret demonstrates a surprising agency inside her characters. She is often a working woman, less focused on landing a man, directly contradicting the image of women in Friedan’s work. In State Fair and Viva Las Vegas, her characters hold the power in the romantic narrative — going against the historical evidence, which set the woman as the romantic aggressor, almost desperately so. Friedan describes the pressure on young women to land a suitable husband being so great that girls were leaving school as soon as they were married, giving rise to the term “MRS degree.” Friedan writes, “Their only dream was to be perfect wives and mothers; their highest ambition to have five children and a beautiful house, their only fight to get and keep a husband.”

State Fair uses its musical numbers to craft this romantic power dynamic. For each shot gazing at Emily, there’s a shot of Wayne looking at her. In terms of cinematic comparisons, these sequences match perfectly with a generic Hollywood musical convention: the female watching in awe as the male croons a sappy love song to her. (Think of Gene Kelly and Debbie Reynolds in “You Were Meant for Me” from Singin’ in the Rain.) State Fair reverses the gender roles. Throughout the film, we see Emily tentative about the prospect of Wayne’s affections. She accepts his marriage proposal with happy tears, but her career and her identity hang over the story heavily. She isn’t the happy farm girl like Betty Jean; she’s more complicated.

Viva Las Vegas handles the relationship in much the same way. Through the first and second act, the camera makes a pointed use of fragmentation as a way to handle her agency. When Rusty and Lucky (Presley) bump into each other later, he openly woos her with “The Lady Loves Me.” Rusty brushes him off, reminds him she’s still at work, and even slams the door in his face. She sings, “He’s got about as much appeal as a soggy cigarette.” While he continues singing, she engages in the duet but barely meets his eye, not falling into the sappy conventions of the Hollywood musical. Furthermore, Rusty has her choice of handsome European suitors. She doesn’t have to settle for the first hip-swiveling rock ’n’ roll singer to serenade her. She’s her own woman.

Finally, in earlier decades the “bad girl” was traditionally punished. This was commonly seen in film noir, where the femme fatale was a fun, sexual, empowered woman who rarely ended the movie happily. Ann-Margret’s characters, on the other hand, end their respective movies happily and punishment free.

While second wave feminism was still years from truly taking off, the movement’s gradual development throughout the early 1960s can be seen in Ann-Margret’s work. Neither of these film can truly be called socially progressive by today’s standards, but the early 1960s was a transformative period. American society was speeding toward a cultural explosion, and Ann-Margret was an actress for the new generation.

The Opposite of Sex, Christina Ricci’s Neo-Noir Graduation into Adult Roles