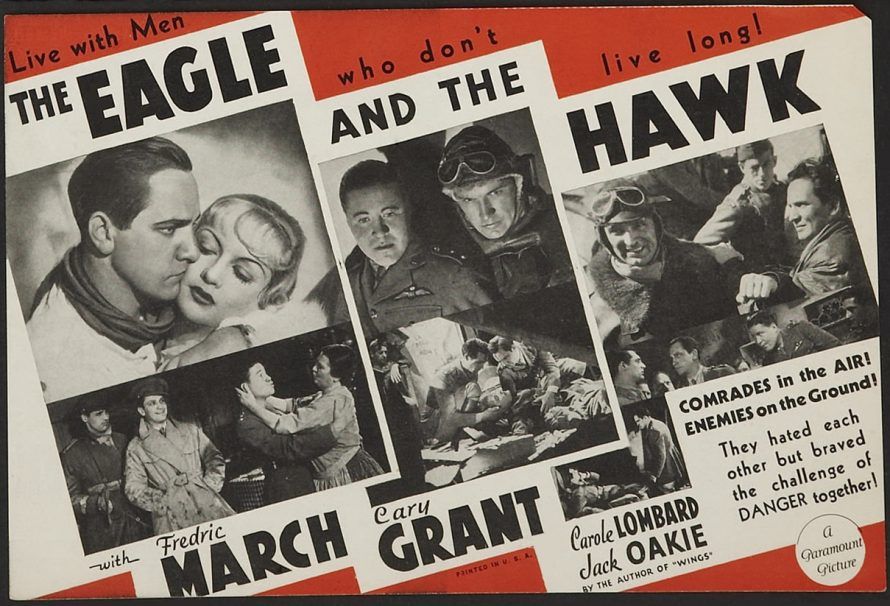 During the early to mid-1930s, Americans sought respite from the endless anxiety and economic turmoil caused by the Great Depression. With affordable ticket prices and new films released every week, a trip to the neighborhood movie theater provided many with a much-needed break from the harsh reality of daily life. Conventional wisdom holds that audiences preferred escapist fun, and granted, the sex, glamour, and excesses of Hollywood, all of which were in abundance during the morally lax Pre-Code era (which lasted roughly five years, from 1929 until mid-1934). However, not all of the movies released during this era were carefree and fun. Amidst the glamorous bias cut gowns, sexually liberated women, and free-flowing champagne, filmmakers were also free to explore a myriad of serious and controversial subjects including poverty, unemployment, social inequality, violence, addiction, and mental illness.

In Mervyn LeRoy’s I Was a Fugitive from a Chain Gang (1932), Paul Muni stars as the quintessential “Forgotten Man” struggling to assimilate back into civilian life after serving in World War I. Convicted of a crime he didn’t commit, Muni’s character is forced to live in the shadows to avoid a lifetime of hard labor in a prison camp. In Heroes For Sale (1933), directed by WWI veteran William Wellman, Richard Barthelmess’s Thomas Holmes battles morphine addiction as he recovers from injuries suffered during the war. Both of these films are critical of the way American society abandoned its heroes after the war was won, but what about commentary on the dehumanizing nature of war itself?

While anti-war sentiment was something of a rarity in pre-1970 classic film, especially once the Production Code was in full effect, there are a handful of well-known exceptions, including Paths of Glory (1957), On the Beach (1959), The Americanization of Emily (1964), The Bridge on the River Kwai (1957), The Great Dictator (1940), both versions of The Dawn Patrol (1930, 1938), and All Quiet on the Western Front (1930). And one lesser-known anti-war film scathingly addresses the horrific toll war takes on the human spirit: The Eagle and the Hawk (1933), based on the story “Death in the Morning” by John Monk Saunders, co-directed by Stuart Walker and Mitchell Leisen, and recently released on Blu-ray by Kino Lorber’s KL Studio Classics label.

Fredric March stars as Jerry Young, an adventure-seeking American pilot who enlists in England’s Royal Flying Corps during World War I, quickly rising through the ranks to become one of their best fighter pilots. Alongside Jerry is the endlessly optimistic Mike Richards, a fellow pilot and American expat played by Paramount funnyman Jack Oakie. Mike, Jerry’s best friend, provides moments of levity when Jerry becomes overwhelmed by the relentless nature of war. During their training in England, Jerry and Mike meet Henry Crocker, played by a young Cary Grant (a few years before he became that Cary Grant). Crocker is an incredibly skilled pilot, but his cockiness leads to impulsive and reckless behavior that rubs Jerry the wrong way. After a fight with Crocker, Jerry leverages his status as top flyer, arguing to their commanding officer that Crocker is a liability who should be demoted and left behind.

Once on the front lines, Jerry’s enthusiasm to fight for England is short-lived; he quickly realizes there is no “sport” in war. During his first mission, Jerry’s observer and gunner is killed. While Jerry successfully completes his mission, receiving high praise for a job well done, he can’t accept that the price of his success was another man’s life. Over the course of five months, Jerry loses five observers. As he descends into a deep depression over the seemingly casual loss of life, Jerry cynically quips, “I’m a chauffeur for a graveyard, driving men to their deaths day after day.” With a shortage of observers to accompany fighter pilots on missions, Crocker is assigned as Jerry’s flight partner. During one particularly dangerous mission, Crocker shoots down an enemy observer parachuting to safety. Jerry accuses Crocker of acting dishonorably, but Crocker reminds him of the reality of the situation: “Why don’t you get wise? This is a war. I’m hired to kill the enemy, and there ain’t no book of rules about that. Every one I put away means one less to kill me. That’s my job, and I’m doing it.”

Despite Jerry’s successes in battle, the invisible injuries he suffers build until he breaks. “Be like Young” is the motto used with new recruits. Jerry loathes the falseness of it, and he turns to alcohol to cope. At night, he relives his trauma in horrific nightmares witnessed only by Crocker, who mercifully keeps the episodes secret. As the squadron’s body count grows, Jerry is slowly dying himself, unbeknownst to everyone except for Crocker.

With a runtime of only 73 minutes, The Eagle and the Hawk is an efficiently-shot gem that plays like an episode of modern-day prestige television, with exceptional performances by March and Grant. The film wastes no time on exposition or spectacle, yet features striking visuals delivered by cinematographer Harry Fischbeck. Its confrontation of the destruction caused by post-traumatic stress disorder (then called “shell shock”) was groundbreaking for the era, as it was rarely openly discussed because it was perceived as a weakness or cowardice. The ending is so bleak, with no sugarcoating, that it’s truly worthy of the serious subject matter the film addresses.

A few years after The Eagle and the Hawk was released, America was once again fighting against the rise of facism in the Second World War. As was the case with World War I, the cause was a noble one, but the heroism and sacrifices of the men and women who served were still taken for granted. There were countless films about the war made during this time, but the vast majority of them were extensions of the War Department’s propaganda machine, made to keep spirits high on the homefront and serve as recruitment tools. It really wasn’t until after WWII that movies featured more realistic depictions of the war, and even then, most of them glossed over the most horrific details. Moreover, few addressed the mental toll, and the ones that did, like William Wyler’s The Best Years of Our Lives (1946), had to tread carefully in handling any “dark” subject matter as to comply with the Production Code.

Of course, filmmakers always found unique ways to subvert the censors. One way they told these stories was through gritty post-war films noir, which played like typical crime dramas, but subtly addressed the fallout and the personal, intimate conflict sustained from the brutality of war. Other genres, such as political thrillers and science fiction, provided a cleverly concealed mechanism for addressing anti-war sentiment as well. It wasn’t until the late 1960s and 1970s, prompted by the end of the Production Code and the Hollywood studio system, combined with outrage surrounding the Vietnam War, that filmmakers were able to fully explore the high cost of war in films such as M*A*S*H (1970), The Visitors (1972), The Deer Hunter (1978), Coming Home (1978), and Apocalypse Now (1979). Filmmakers wanted to tell these stories, some of which were highly personal for them, and audiences proved they were not only mature enough, but also willing to confront depictions of the gruesome realities of war. As more of these stories have been told, the general public’s attitude toward war has shifted from “necessary evil to achieve peace” to one of “last resort.”

All of this begs the following questions: what would have been the societal impact of filmmakers being allowed to directly address the high cost of war, as Stuart Walker and Mitchell Leisen demonstrated in 1934, had the Production Code never been enforced? Would we have given pause to eagerly supporting bloodshed in the cause of freedom? But more importantly, would we have better supported the needs of those who served, especially in addressing PTSD, regardless of the justness behind the war that caused their suffering?

“The Eagle and the Hawk” is now available on Blu-ray from KL Studio Classics.

How Get Shorty (Briefly) Extended John Travolta's Reign of Cool

How Get Shorty (Briefly) Extended John Travolta’s Reign of Cool

Malaise at the Mall: Mallrats at 25