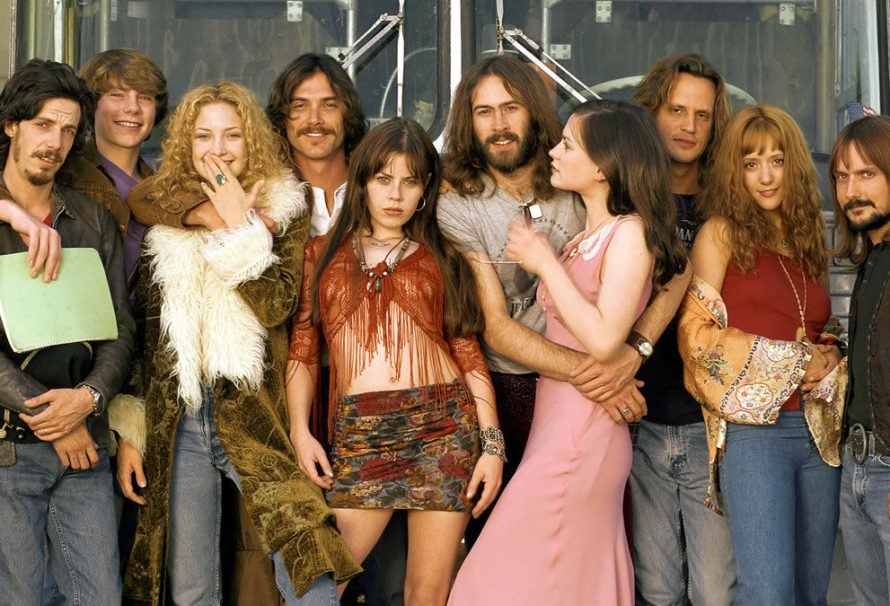 Most films about journalism are obsessed with the truth—the kind that is verifiable and irrefutable. The ‘70s paranoia pictures, like All the President’s Men and The Parallax View, or more-contemporary investigative pieces, like David Fincher’s Zodiac and Tom McCarthy’s Spotlight, or the now-rare newsroom comedy, like Broadcast News. As a field, journalism is meant to be simultaneously objective and nuanced, and we expect that the individuals whom we entrust to communicate all that to us be detail-oriented and thorough, unencumbered by personal bias or special interests. “You have to make your reputation on being honest, and, you know, unmerciful,” legendary music critic Lester Bangs (an achingly good Philip Seymour Hoffman) tells aspiring 15-year-old journalist William Miller (a fresh-faced, wonderfully guileless Patrick Fugit) in Almost Famous. And what Cameron Crowe’s film makes clear, as his filmography so often does, is that emotional truth—what or who you love, why, and how—is just as important as the kind of fact you can prove. It might not be quantifiable, but that doesn’t make it any less meaningful.

Crowe’s filmography is defined by his deep love for the outsized gesture, a preference that began amusingly (with Sean Penn’s Spicoli getting pizza delivered to his classroom in Fast Times at Ridgemont High) before transforming into expressions of sentiment and romance. John Cusack’s overhead boombox blasting Peter Gabriel’s “In Your Eyes” in Say Anything…. Tom Cruise’s “You complete me” declaration, coupled with Renée Zellweger’s “You had me at hello,” in Jerry Maguire. Matt Damon’s impulsive purchase of a zoo to help his family heal after his wife’s death in, uh, We Bought a Zoo. The consistency here is not just Crowe’s propensity for all-white casts (the less said about Aloha, the better), but his steadfast belief that the grandness of a moment determines its worth.

Within that frame, Almost Famous, released 20 years ago this week, is Crowe’s masterpiece, a semi-autobiographical work packed, from beginning to end, with considerations of yearning, longing, and desire. A hand held a little too long, eyes that meet across a room, a secret shared in confidence, a song sung together: Almost Famous is built on the intimacy that develops between people all in love with the same thing. Like Pump Up the Volume before it, Almost Famous incorporated the music of a generation to complement the film’s depiction of a youthful quest for freedom. “You missed out on rock and roll. It’s over,” Lester insists to William, but that’s not quite right. The Bohemian ideals of truth, beauty, freedom, and love are still alluring, and Almost Famous puts us in the shoes of a young man whose otherness might make him the perfect audience for that seduction.

In San Diego in 1969, child prodigy William (a freckled Michael Angarano) is bright, kind, and obviously far younger than the other kids in his grade. He’s aware that his college professor mother, Elaine (Frances McDormand, at her most no-bullshit), rubs nearly everyone the wrong way with her resolute personality, but he loves her anyway, proudly holding her hand as they walk down the street and energetically chat about To Kill a Mockingbird. At home, William acts as a neutral third party when Elaine butts heads with his sister, Anita (Zooey Deschanel), over her boyfriend, her musical choices, and her desire to be a stewardess. When 18-year-old Anita moves out, she leaves William her cache of records, a collection of musicians that Elaine had summarily dismissed as all being “on pot.” Simon and Garfunkel, Joni Mitchell, Neil Young, Crosby, Stills, and Nash, the Beach Boys, the Rolling Stones, Led Zeppelin, Jimi Hendrix, Bob Dylan. In one of the film’s many notable lines, Anita instructs William to “listen to Tommy with a candle burning and you will see your entire future,” and soaking up The Who changes his life.

Five years later, the boy who once idolized Atticus Finch is now a shaggy-haired, messenger-bag-toting, aspiring rock journalist, still mocked by his classmates for his youth (“William Miller is too young to drive or fuck” reads the sign outside of his high school, a prank at which most everyone laughs). While Elaine puts up with his writing by thinking it’s a short-term hobby, William ends up under the wing of the infamous writer and publisher Lester Bangs, who tries to teach him some of the ironclad rules of interviewing and observing musicians, and about separating fandom and criticism. “These people are not your friends,” Lester warns, but for William—who has never had any—it sure seems like they might be. And when he meets self-described “Band Aid” Penny Lane (Kate Hudson), a young woman who seems to know every famous musician, who approaches life with a knowing look and a quick smile, and who is beloved by practically everyone, she seems to share his approach. “If you ever get lonely, just go to the record store and visit your friends,” Penny says, and she might be the closest thing to a soul mate William has ever had.

Penny serves as William’s introduction to the on-the-rise band Stillwater, about whom William is assigned to write a 3,000-word piece for the revered Rolling Stone magazine. “It’s all happening,” Penny is fond of saying, and so it seems to be for William. With Elaine’s permission, as long as William doesn’t miss more than four days of school and one test, he joins Penny, the rest of the Band Aids, and Stillwater on their nationwide tour. Their travels across the country provide the stimulus for William’s coming of age: He steps out of Elaine’s shadow, he falls in love with Penny, and he grows as a writer. Initially a fan of Stillwater—lead singer Jeff (Jason Lee); guitarist Russell (Billy Crudup), with whom Penny is having an affair; bassist Ed (Mark Kozelek); and drummer Ed (John Fedevich)—William grows closer to the band as they let him into their circle. But is this really a friendship, when there is so much about it that is transactional? Where do William’s responsibilities as a storyteller begin, and how does he reconcile that role with the camaraderie he might otherwise feel?

Almost Famous’s broad cast of characters allows Crowe to thoughtfully explore the melancholic loneliness that fame and success can bring. From the perspective of Stillwater, a band who might not be prepared to blow up, especially not when Jeff and Russell are so often at each other’s throats. From the perspective of the Band Aids, in particular Penny, who are treated by Stillwater not as equals or muses but as disposable property, companions for the tour but not for life. From the perspective of William, who realizes that the musicians he so admires might not be very nice people; from Elaine, who worries for her son but believes in her heart that every person deserves a second chance, even a corrupted rock star like Russell; and from Lester, who wants to protect William from what he considers the soul-deadening “industry of cool.” Almost Famous is, on first watch, very much William’s story: a boy coming into his own, realizing his own potential, and seizing the opportunity that he was given. But with some distance, the film seems less like a regurgitation of Crowe’s own adolescence and more like a memorial for a time when giving your whole heart to something felt like a risk worth taking.

Consider the film’s emotional zenith, in which a whole bus of people who were previously feuding set aside their differences for a spontaneous sing-along of Elton John’s “Tiny Dancer.” Many gorgeous songs have been included in the film so far  (Simon and Garfunkel’s “America”) and many more are still to come (Cat Stevens’s “The Wind,” Stevie Wonder’s “My Cherie Amour”), but they’re used for scenes of individual reflection. “America” plays as William explores Anita’s gifted records; “The Wind” as Penny dances by herself in a dirty concert hall Stillwater has just played; “My Cherie Amour” as William watches Penny throw up the overdose of Quaaludes that could have killed her. “Tiny Dancer,” is contrast, brings the entire group together: Stillwater, the roadies, their manager, Penny, the Band Aids, William. United in their love of the song, which describes the relationship between the singer and his paramour, who happens to be a music fan (“Looking on, she sings the songs/The words she knows, the tune she hums”). And united in their love for each other: “How it feels so real,” Elton sings, and they all follow along in that moment, when the road is home and friends are family.

What follows for Stillwater wouldn’t be as idyllic—myriad backstabbing between bandmates, their betrayal of Penny and William both, and a near-death experience—but ultimately those transgressions serve to make the “Tiny Dancer” scene even warmer and more transcendent. Crowe has spent the rest of his career chasing the purity of that moment, but nothing the filmmaker has done since has come quite close. It endures, raw and fragile and beautiful in its own way. “The only true currency in this bankrupt world is what you share with someone else when you’re uncool” are Lester’s final words of wisdom to William in Almost Famous, and they capture the bonds that can form when mystique is abandoned and vulnerability takes its place. That sincerity, too, is a form of truth.