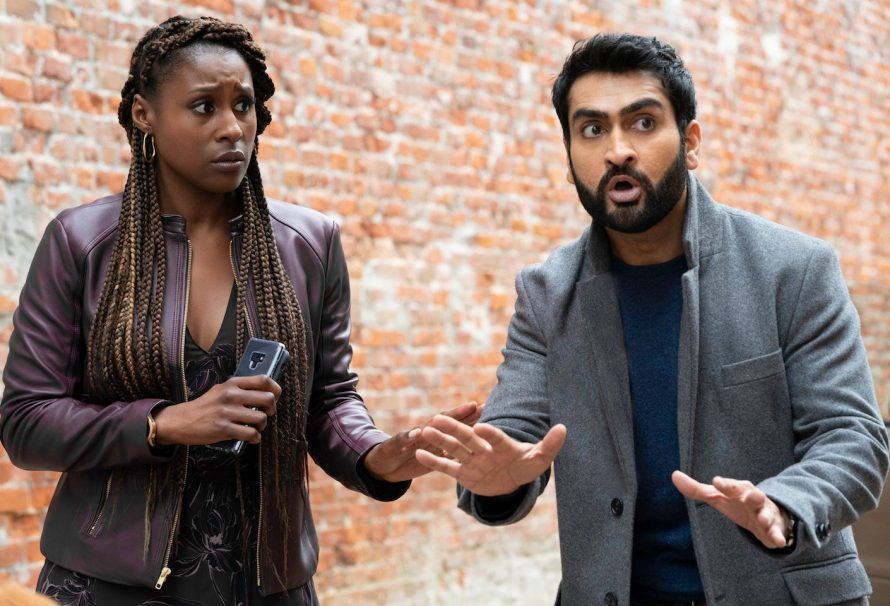 Paramount’s decision to sell The Lovebirds directly to Netflix in the wake of theater closings may seem like a real bummer at first glance, but it’s actually a blessing in disguise. The romantic comedy, starring Issa Rae and Kumail Nanjiani and directed by Michael Showalter, undeniably plays better on a small screen than in a theater. It’s low-key fun, the kind of movie that’s best viewed on the couch with a glass of wine after a long day.

We first meet Leilani (Rae) and Jibran (Nanjiani) after their first night together, and they just can’t bear to say goodbye. It’s adorable. Flash forward four years, however, and the couple is in dire straits. Leilani can’t stand how picky and indecisive Jibran is. Jibran abhors how appearance-obsessed Leilani is. On their way to a friend’s dinner party, they realize it may be time to split.

In the middle of their fight, a man on a bike hits the front of the couple’s car, pursued by a cop (Paul Sparks) who commandeers the vehicle with Leilani and Jibran inside. The cop runs over the cyclist, killing him, and takes off. After a couple of hipsters stumble onto the scene and immediately call the cops, Leilani and Jibran go on the run, determined to find out what happened and prove their innocence – so they can finally break up and move on with their lives.

The Lovebirds borrows a lot from other movies – many of them better. It’s got elements of Date Night, Game Night and Eyes Wide Shut; it even borrows a bit from Nanjiani’s 2019 action comedy Stuber. The pairing of Rae and Nanjiani feels fresh, but not much else does. Still, the elements that The Lovebirds borrows are there because they’re proven to work, and they mostly do here, too.

Showalter, the State alum who helmed The Big Sick and the TBS series Search Party, is a good directorial match for the material, drawing on his background both with the dark comedy series about insufferable hipsters solving a mystery, and his skill with romantic comedy. Leilani and Jibran live in New Orleans, but they wouldn’t be out of place hanging out with Search Party’s Dory and her self-absorbed friends in New York. There’s a portion of The Lovebirds’ plot involving a Kubrick-esque secret society, with stark, unsettling visuals and sound that suggest Showalter could also do well directing horror, should the mood strike him.

The central talent of The Lovebirds – both behind and in front of the camera – is ultimately stronger than the material they’re given to work with. Nanjiani and Rae have lovely chemistry when the script allows them to enjoy each other, but they spend most of the time acting silly or annoyed. Sparks, an underutilized talent who’s always great to see, doesn’t get enough screen time or development, resulting in a disappointing performance. Fortunately, there’s enough skill on display that The Lovebirds is still plenty enjoyable, as long as you don’t think too hard about it. It’s good quarantine viewing – light, interesting, and funny enough to keep you entertained without demanding a lot of attention to keep up with the plot. It’s unfortunate that it isn’t more than this, but as it is, it’s still pretty good.

“The Lovebirds” is now streaming on Netflix.