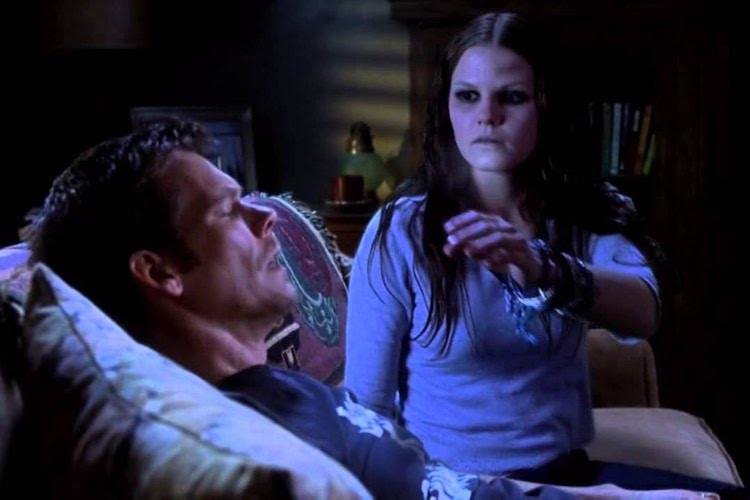 1999 is considered one of the strongest years of cinema in living memory. There will no doubt be countless articles in 2019 marking the 20th anniversaries of that year’s greatest hits and examining their impact and legacy.

But this column isn’t about those movies. This column is about the overlooked gems from 1999 — the weird, ungainly, or unjustly forgotten films that don’t usually get listed alongside the established classics, but which are just as deserving of their own retrospectives.

Every few years, ill-timed releases of similar-looking films have audiences seeing double — think 2013’s D.C.-set siege thrillers White House Down and Olympus Has Fallen, or 2006’s Victorian magician dramas The Illusionist and The Prestige. The late ‘90s were especially rife with cinematic doppelgängers: Dante’s Peak/Volcano in 1997, Antz/A Bug’s Life and Deep Impact/Armageddon in 1998, and in 1999, a double dose of creepy kids talking to dead people with The Sixth Sense and Stir of Echoes.

Almost every one of these instances resulted in one of film achieving great commercial and/or critical success while the other quickly faded into obscurity, destined to be remembered only as the other movie about [insert subject matter] from [insert year]. For the most part, said winners were the more genuinely deserving of the two, although when it comes to The Sixth Sense vs. Stir of Echoes, things aren’t as clear cut as they first appear.

Granted, M. Night Shyamalan’s breakout hit is classier and more noticeably artful, what with its moody atmosphere, trio of outstanding central performances, and instantly iconic twist. But Stir of Echoes is the scarier film, and arguably the more influential.

Adapted by David Koepp (at the time primarily known as the screenwriter of Jurassic Park and Mission: Impossible) from famed genre scribe Richard Matheson’s 1958 novel, the film revolves around Tom Witzky (Kevin Bacon), a Chicago electrician undergoing a midlife crisis after learning his wife, Maggie (Kathryn Erbe), is pregnant with their second child. Although their marriage is a happy one, Tom yearns for something that will give his life a greater meaning. He’s about to get it … at a great cost, of course.

During a neighborhood block party, an aggressively cynical (and slightly drunk) Tom badgers his spiritual sister-in-law (Illeana Douglass) into hypnotizing him, in an attempt to prove his will is stronger than her New Age nonsense. As it turns out, not only is Tom extra-susceptible to post-hypnotic suggestion, he’s also highly attuned to paranormal forces. As soon as he’s put under, he begins receiving disturbing hallucinations and messages (as well as experiencing heightened sensory perception) from the ghost of a mysterious teenage girl.

To complicate matters, Tom and Maggie soon discover their young son Jake is also able to communicate with the ghost of the girl — as well as other spirits. Tom eventually learns that the girl in their visions is Samantha Kozak, a local teen who went missing several months back, shortly before Tom and his family moved here. He quickly spirals into obsession trying to figure out what happened to her, while Maggie struggles to hold her family together.

What’s refreshing about Stir of Echoes is how quick the characters recognize and accept that the things going on around them are both 100% supernatural and 100% real. Despite being a self-pitying jerk and crappy husband, Tom is a compelling central hero because he’s so willing to accept his call to duty, while Maggie likewise makes for a strong and proactive protagonist. While the film’s marketing revolved entirely around Bacon, Erbe is given almost as much screen time and character development, and the film is nicely rounded out by supporting performances from the always-welcome Douglass and Kevin Dunn.

Although the full resolution of the story feels somewhat rushed and slight, the answer to the central mystery of what happened to Samantha remains both disturbing and disturbingly familiar. In many ways, Stir of Echoes plays like an extended Twilight Zone episode, and it’s surprising to discover that the original source material was a full-on novel, rather than a short story. This is to say: Stir of Echoes is admirably concise and constantly engaging, helped greatly in the latter regard by Koepp’s expert use of jump scares and body horror imagery, as well as the fast-paced editing. These formal choices would soon would become tired staples for mid-budget horror films, but they all felt fresh at the time.

Similarly, the presentation of Samantha’s ghost as a silent force of sympathetic malevolence, replete with jerky physical movements and a cold blue hue, anticipates the most well-known imagery of the J-horror boom that would define horror over the course of the next half-decade. The original Ringu came out the previous year, which seems too close to consider it an influence on Koepp’s film, so it’s fair to credit Stir of Echoes as being slightly ahead of the curve and likely highly influential.

Despite being completely overshadowed by The Sixth Sense (which beat it to theaters by one month), Stir of Echoes received generally positive reviews, turned a decent profit (earning $23 million off a production budget of $12 million) and went on to spawn one sequel (albeit of the made-for-cable variety). It’s looked upon fondly by horror fans, and I wouldn’t be surprised if it gets a remake in the next couple of years (not that there’s any great demand for it, but since when has that mattered?). Stir of Echoes shouldn’t be considered a classic by any means, but it definitely deserves to be remembered as more than just the other family ghost story from 1999.