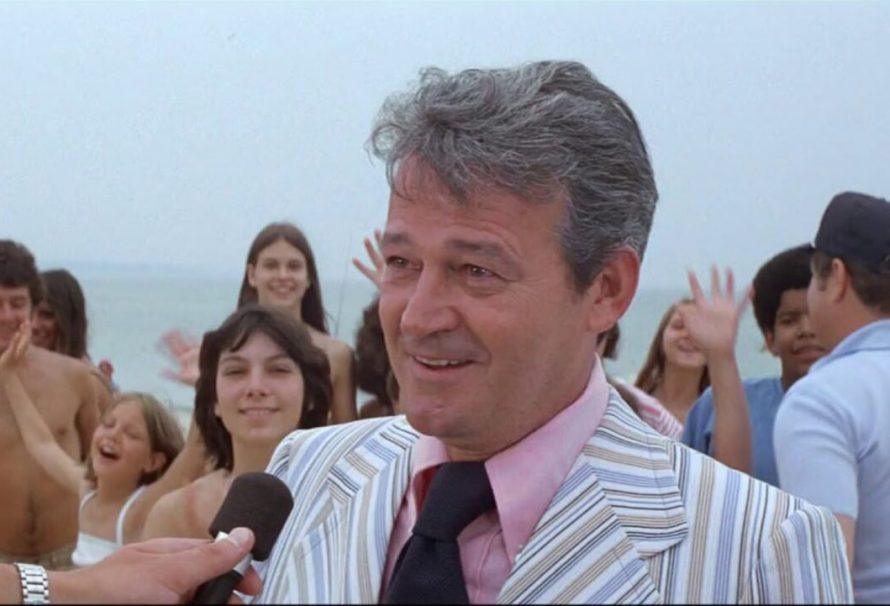 Scary stories are inherently political. How couldn’t they be? They tap into our greatest fears, and whatever those happen to be is a commentary on society at any given time. But the most enduring horror films also evolve over time, morphing to represent different fears as new socio-political ills emerge. Zombie movies, for example, have provided commentary on everything from the AIDS crisis to civil rights abuses to the evils of commercialism. And a film like Jaws, which has rarely been considered in a political context, is no exception. Released the year after Nixon’s resignation on the heels of the Watergate scandal, Jaws reflects that uncertainty and lack of faith in political structures. (Of course, Fidel Castro also considered it a condemnation of predatory capitalism, so that just further proves the malleability of social commentary provided by horror films.) But on the forty-fifth anniversary of Jaws, in the midst of a pandemic that has been defined by halting and counterproductive responses from governing bodies, the shark movie morphs again, taking on a whole new meaning.

Common sense says that the villain of Jaws is Bruce. He’s a giant, man-eating shark that terrorizes peaceful beachgoers in a small New England island community. But really, he just represents an act of nature, something that a society traditionally rallies against and mitigates the damage from. For that to happen, though, you need effective leadership. And viewed through the lens that 2020 has given us all, the great threat in this film is not a shark, but the governing officials that refuse every opportunity to keep their citizens safe. Throughout the film, the grinning, glad-handing mayor has to decide whether to prioritize economic prosperity or public safety, and at every turn he chooses wrong. After one death, he pressures a coroner into introducing an element of doubt that it really was a shark attack, just enough to justify keeping the beaches open. When faced with a second death and mounting public pressure, he introduces safeguards that are highly visible but ultimately ineffective to keep people out of the water.

And that is essentially the most frustrating element of Jaws. The simple truth is that no matter how big and scary Bruce is, sharks are only effective in an environment that human beings, with very few exceptions, do not ever truly need to enter. If people stayed out of the water, death by shark attack would become a non-issue. But in this film, as we see in real life, tragedy strikes with the combination of municipal negligence and a community seemingly incapable of taking steps to protect themselves, if it means giving up something of value. This is a summer town, the mayor helplessly explains. The businesses on the island need the summer tourists, and the tourists need their fun in the sun, so every attempt to convince the mayor to err on the side of caution is brushed to the side without a second thought.

Nonetheless, just because the beaches are open doesn’t mean you can force people to have a good time. Despite the crowds amassing on the beach (an image that is practically traumatic for audiences watching Jaws now), there’s a palpable sense of anxiety in the air, and no one seems particularly eager to be the first in the water. In one of the film’s most quietly upsetting scenes, the mayor bullies an Amity resident to venture into the ocean, so people see that it’s safe. With visible hesitancy, he leads his wife and small children to the water, knowing the danger he’s putting them in, but feeling coerced into going forward anyway. This is a politician pushing his constituents into risking their lives and the lives of their family, all to avoid a temporary blow to the economy.

But this is a lot of blame to lay solely at the door of the Amity mayor. The man surely doesn’t deserve another term in office after his behavior here (one that he’ll bafflingly get in Jaws 2), but he’s hardly the only one playing fast and loose with the safety of Amity. After a young boy is killed by the shark, a meeting is called with some of the ranking members of the Amity community, and their biggest concern is that Chief Brody might close the beaches and take a huge bite out of the summer profits. This is a ruthless perspective, but at the same time it’s difficult to imagine that all of them want members of their own community to die horribly all so their bottom line looks a little better. What we’re actually seeing is an inability to properly assess risk and overcome cognitive dissonance to see that the danger posed by the shark is grave enough to merit a temporary loss of income. But through this short-sightedness, the people in the Amity community with the most influence actively put the rest of the residents at risk.

At the end of the day, sharks are not what we should be frightened of: they usually mind their own business and very few people are ever attacked by sharks, let alone die from these encounters. What’s much scarier about Jaws are the human failings on display. People die because government officials, emergency services, and the elite members of their community are not only unable to protect them, but endanger them through their inaction. Jaws is an enduring film because it produces feelings of helplessness from the audience as well as fear. We know that the mayor and his cronies will always make the wrong call, because that’s become our reality.

Up All Night with George Clooney: From Dusk Till Dawn at 25

REVIEW: SuperFly Remake Takes the ‘sploitation out of Blaxploitation

20 Years Later, the Truth About X-Files: Fight the Future Is Still out There